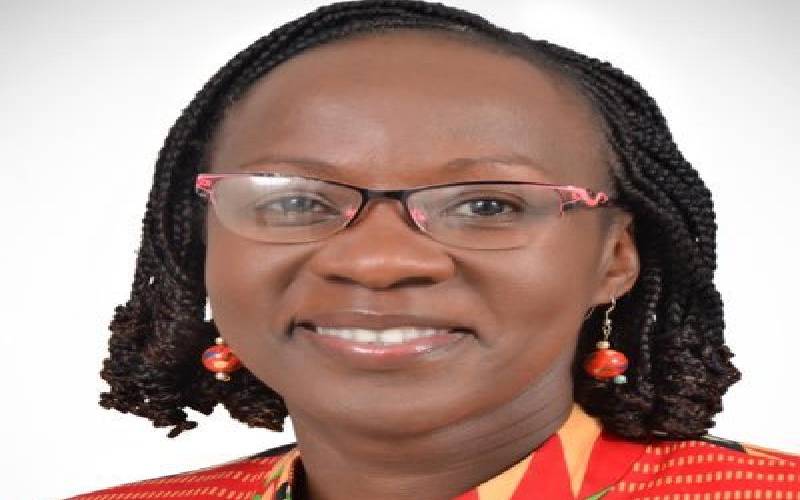 Dr Adeya (pictured), who became one of the youngest tech gurus to graduate with a PhD in Information and Development from Edinburgh, Scotland, in 1997 while aged 29, will join the global tech foundation as one of the senior-most Africans.

She will oversee research and ensure meaningful connectivity while bridging the digital divide.

Her biggest tackle in the global stage will be to make the web safe for all, and her biggest dream is to empower as many women to be part of the process.

“It is an honour to be nominated to the global stage and I'm proud as a Kenyan born, raised and schooled here in Kenya," Adeya, 51, told The Standard.

To her, climbing up the ladder in the tech sector in the early 1990s has been a roller-coaster, but still, she has prints all over the tech sector locally and internationally.

“By the time I was growing up, we were very few women pursuing Science, Technology, Engineering and Mathematics. The technology was also very new, but with persistence, it is gradually paying off and that means the world believes in Kenya,” she said.

Announcing the appointment, the Web Foundation hailed Adeya as an experienced leader, researcher and advocate with over 20 years working in technology and development.

“We are delighted to announce the appointment of Dr Catherine Adeya as the Web Foundation’s Director of Research. She will lead and coordinate a research team dedicated to interrogating and understanding the most important barriers to achieving our vision of a web that is safe and empowering for everyone. She will sit on the leadership team, playing a critical role in shaping the future direction of the organisation,” the Web Foundation said in the statement.

Her new role will see her join computer gurus and scientists, including Sir Tim Berners-Lee, who founded the World Wide Web in 1989.

Adeya said the position gives her a global stage to reach out and inspire more women and girls to pursue STEM subjects and be part of the process in research. She said more women are now pursuing tech courses, but there still remains a gap.

“There is still a lot more room for girls to pursue both Stem and Arts. The more the women get involved, the more research they can do that will guide in policy making," she said.

"The greatest challenge currently is safety online, with cases of cyberbullying rising. However, my work will entail coming up with solutions to combat those fears and have everyone safely on board.”

Recently, Adeya led development of the East Africa Centre for Internet Governance and Policy (CIGAP) Strathmore University in Nairobi. She has also served as the Director of Business Process Outsourcing at the Ministry of ICT.

In 2013, she was appointed by former President Mwai Kibaki as founder CEO of Konza Technopolis Development Authority.

She previously oversaw research work in Africa as a Research Fellow at the United Nations University’s Institute for New Technologies and the Research Manager at the African Technology Policy Studies Network.

She is globally recognised as an exemplary leader driven by a commitment to tackling global inequality with strong beliefs that web and digital technologies must be used to expand opportunities and drive development.