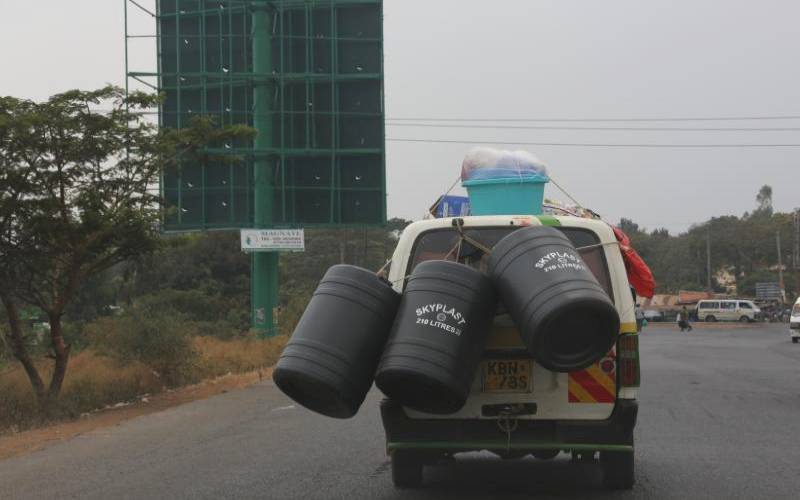 When I first meet Sharon* she is cleaning the house in which she lives with her father.
Her grandmother lives close by, she tells me.
After the pandemic hit, the government opted to close schools to curb the spread of coronavirus. She has been home for about four months now.
Her father is a public service vehicle driver. Her mother, absent. She knows little about her.
While planning our meeting, her protective father said it would only be possible on one condition - that we do not share Sharon's photos.
Kennedy Matundura says throughout Sharon's life, he has been her protector, and he would not stop now. I oblige.
Matundura invites me for a ride in his matatu, a ride through which we talk about nothing but Sharon. It is easy to tell she is the apple of his eye.
The 17-year-old Sharon is in her second year of secondary school.
On this Tuesday afternoon, Matundura is just starting his second squad. He has to make enough money to meet the day's target.
I ask why he started work so late, to which he says he had to drop off his daughter to his mother's house.
Matundura and his wife split up many years ago. Since then, he took up the role of bringing up his daughter by himself.
His is a story rarely told. In Kenya today, it is commonplace to read about or hear of a single woman bringing up a child, sometimes children, on her own.
Matundura says it is almost becoming trendy for women to be single parents. The women are seen as being independent and able to hold it on their own.
For the men, he says the question he gets all the time is, "Why can't you keep a wife?"
Matundura's wife left him several years ago, and he prefers not to talk about the mother of his child.
He says she will tell her own story. He wants to tell his, and that of his daughter.
Bringing up Sharon has not been easy, Matundura tells me. "To say it has been challenging is the understatement of the decade."
He says it took a lot of patience for him to understand a woman's world to enjoy a healthy relationship with his child.
Sharon cannot point exactly when her mother left, but she lauds her father's efforts to fill the void she left.
When he falls short, Matundura knows exactly where to seek help - his mother.
Much-needed help
Sharon's grandmother lives close by. According to Matundura, she has been a strong pillar in showing him the ropes in bringing up a child on his own.
When the pandemic hit the country, part of the Ministry of Health's measures to reduce the spread of the virus was to ban long-distance travel. This hit Matundura as the Public Service Vehicle business is his line of work.
Long days spent at home meant there was little money trickling in for him to support his child and himself.
He admits that several times he felt if he had a partner, perhaps it would have been easier.
"This is a two-person job. Parenting was never meant to be a one-man job." 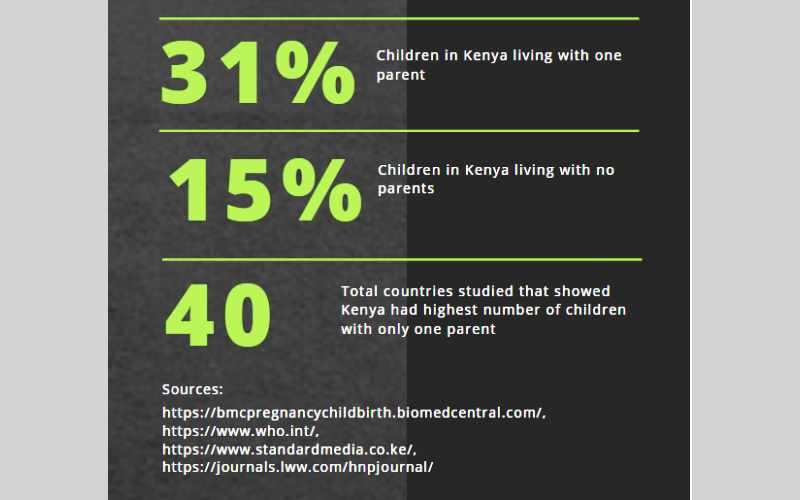 Are there challenegs he has faced bringing up a daughter all by himself? He agrees. Matundura says the hardest time for him was when Sharon was in upper primary, and hit the adolescent stage.
The healthy relationship they had worked on since she was little seemed to be bursting at the seams.
Studies show when adolescent girls reach menarche (
the first occurrence of menstruation), they often seek information about menstruation from their mothers.

More adolescent girls are being raised in single-father families today and have limited or no contact with their mothers.

The Wolters Kluwer 2003 study stated that 13 adolescent females, who lived with their fathers as the primary caretaker, described their menarcheal experience, saying those who had close relationships with their fathers, found it embarrassing to discuss menstruation with any male, including their father.

They believed their fathers lacked credibility regarding menstrual issues, and they experienced an emotional and physical distancing from their fathers.

Having experienced this, Matundura set out to learn more about women's reproductive health. He says he learnt it through friends and reading about it online.

Sharon admits that every day is a learning day for her on what she can and cannot talk to her father about, but admits that her grandmother has made it easier for both of them.

Although the World Health Organisation estimated that more women have been affected by the pandemic in terms of loss of source of income, men have not had it any easier.
Whilst there is little about single fathers bringing up children on their own, a study published study published in April in the journal BMC Pregnancy and Childbirth showed 31 per cent of the children in Kenya live with one parent while 15 per cent live with no parents.
Of the 40 study countries Kenya had the highest number of children with only one parent.

Researchers in the new study say they had expected that many single mothers, especially those who are poor, may delay having a second premarital birth.

Asked the same question, Matundura said he does not control the future, but is open to the possibilities.