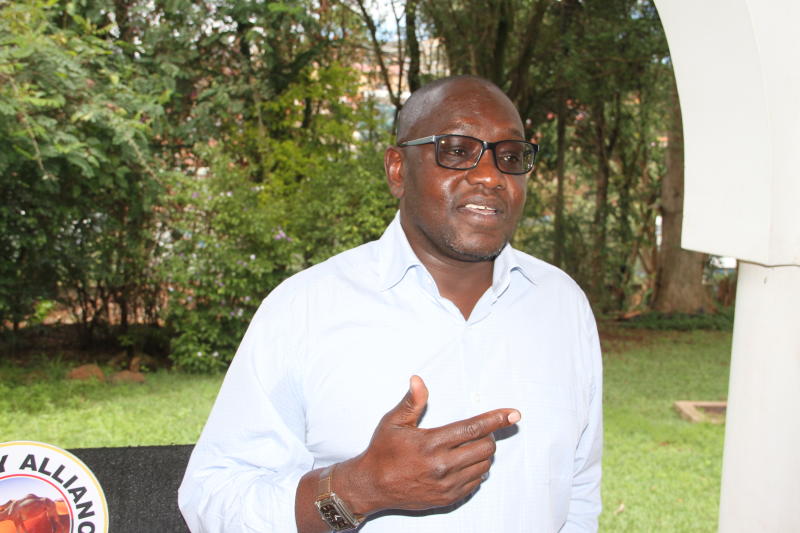 Thirdway Alliance leader Ekuru Aukot (pictured) has been dragged into a child maintenance case by a woman who claims he has refused to provide for the minor.

Beatrice Kikunga has sued Aukot for allegedly being a deadbeat father, claiming they were in a relationship from 2011 to 2018, resulting in the birth of the child in 2017.

Kikunga claims the politician has neglected and refused to provide for the child.

“We cohabited since 2011 and were blessed with the child in August 2017. Our relationship was okay until early 2018 when Aukot deserted us and has refused to take responsibility for the minor while knowing very well that the child needs basic necessities,” she says.

She wants Aukot compelled to pay Sh105,000 monthly for the maintenance of the child, including rent, food, utility bills, clothing, medication, house help and entertainment.

When Kikunga instituted the suit in February, Senior Resident Magistrate HM Mbatia ordered that the two go for a DNA test on February 28 to settle the issue of the disputed paternity. However, Aukot did not turn up for the test and on March 13, she filed another suit through lawyer Elvis Abenga to cite the politician for contempt of court.

“Aukot completely ignored the order issued by the court directing the parties to undertake a DNA test to ascertain the minor’s paternity.

"He did not even make any effort to comply with the order for the test,” said Abenga.

On July 2, the magistrate again issued an order for Aukot and Kikunga to go for a DNA test at Lancet Laboratories. The test was to be done on July 7 and the results were to be filed in court on July 24.

Kikunga in her application claimed that she has been struggling on her own to provide for the child, despite being jobless and being thrown out of her house for accrued rent.

“I have struggled to cater for the child without much success since I'm jobless and rely on menial jobs yet the child’s father is a person of means and an advocate of the High Court,” she swore.

Premium Kenya's next president has his work clearly cut out for him
Politics
By Eric Nyakagwa
55 mins ago
New-look Barcelona held 0-0 by Rayo in Lewandowski's debut
Football
By Associated Press
1 hr ago
Where style meets elegance: First Lady's savvy fashion sense over the years has not gone unnoticed
Fashion and Style
By Peris Wambugu
1 hr ago
Premium Goma City growing into a blooming hub
Lifestyle
By Jayne Rose Gacheri
1 hr ago
.