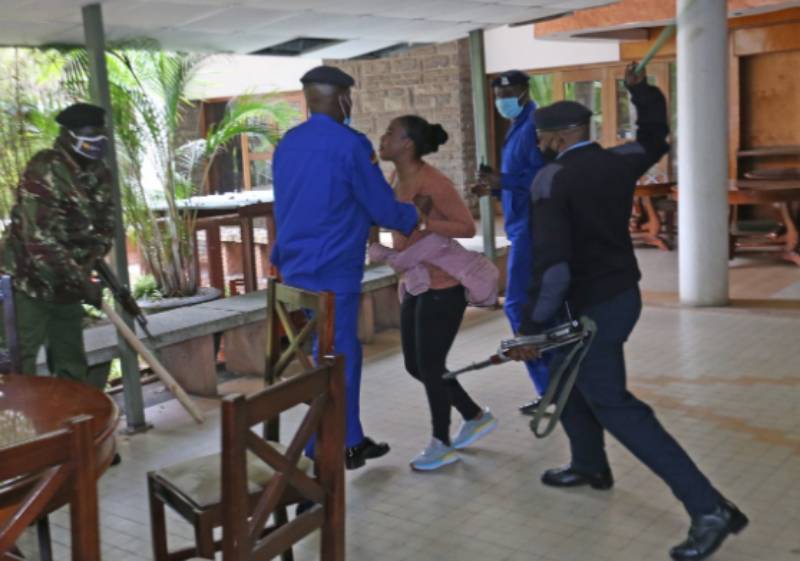 Mlango Kubwa MCA Patricia Mutheu was on Tuesday injured in chaos that ensured at City Hall.

A section of Members of County Assembly had stormed the premises in order to serve an impeachment motion to the Nairobi County Speaker Beatrice Elachi . 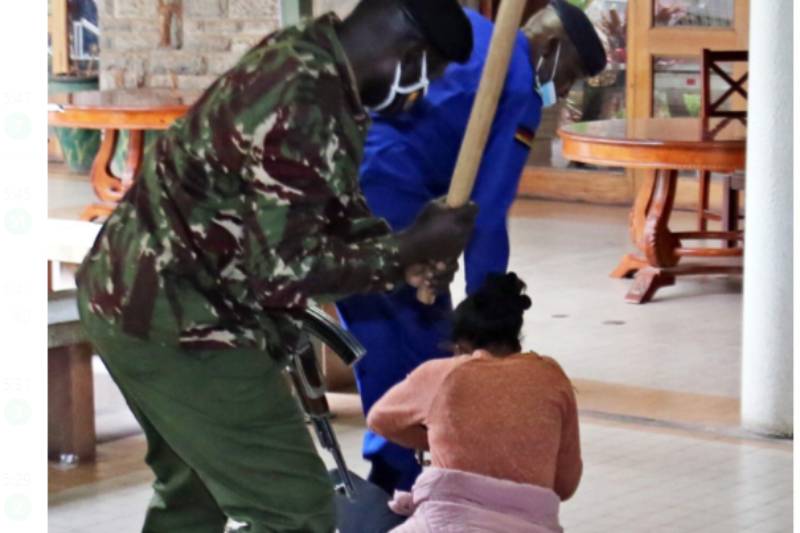 Armed officers lobbed teargas at the protesting MCAs to quell the chaos. Mlango Kubwa MCA Mutheu, who was caught up in the drama, was injured after she was clobbered by the officers.

From the photos seen by Standard Digital, Ms Mutheu is surrounded by four officers who hit her interchangeably. 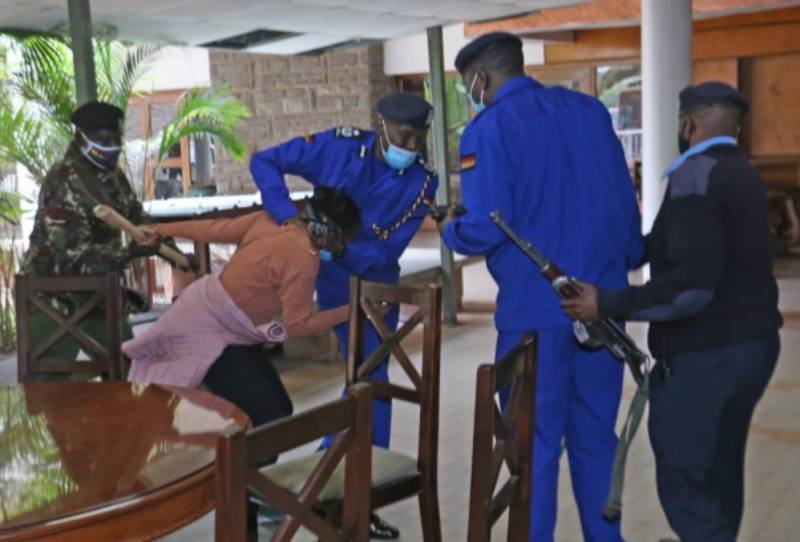 MCAs had collected 59 signatures to oust Elachi, over and above the required 42 signatures for a notice of impeachment motion to be tabled before the County Assembly.

The grounds for her ouster include abuse of office, illegal appointment of new assembly clerk, corruption, poor leadership, victimisation of assembly staff and the disregard of the law and county orders. 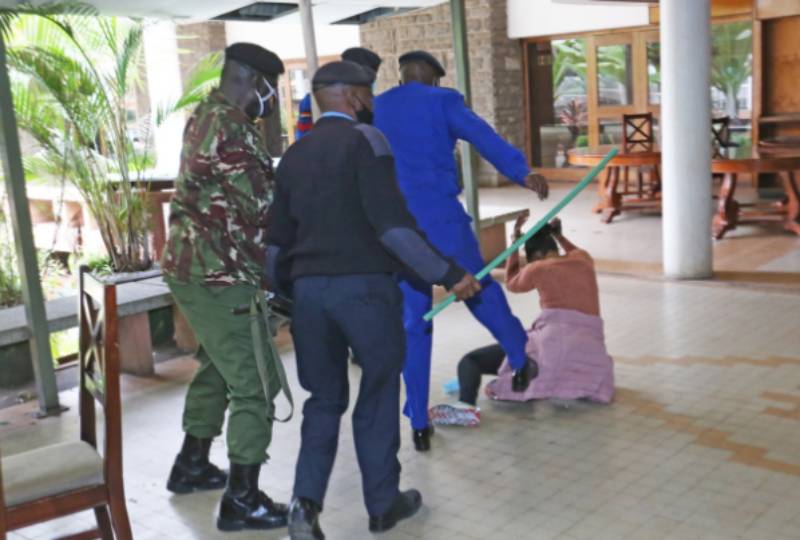 The MCAs, believed to be allied to the area governor Mike Sonko have also accused Elachi of masterminding the division between the Governor Sonko and the Nairobi Metropolitan Services. 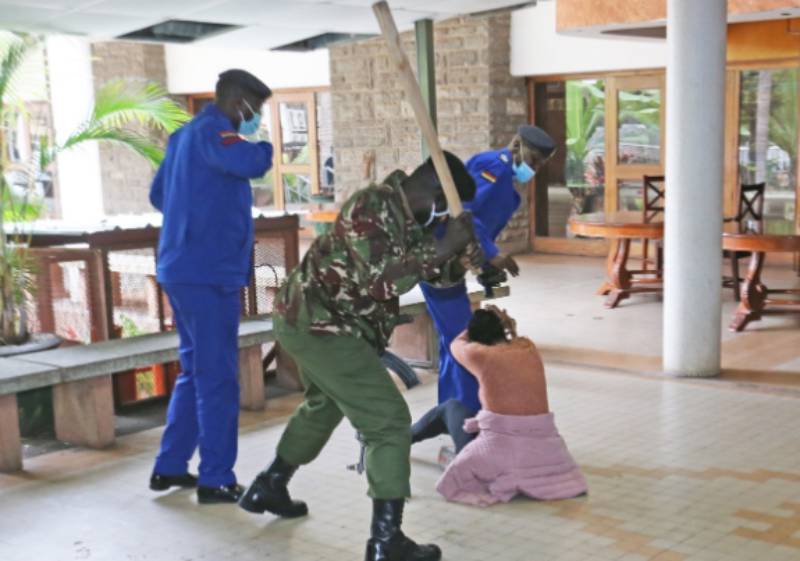 Speaker Elachi on July 24 presided over the swearing-in of Edward Gichana as the new Nairobi County Clerk against the wishes of some of the MCAs, who want Jacob Ngwele reinstated.

She vowed that Mr Ngwele would not be reinstated into office claiming a recruitment process for his replacement was complete. 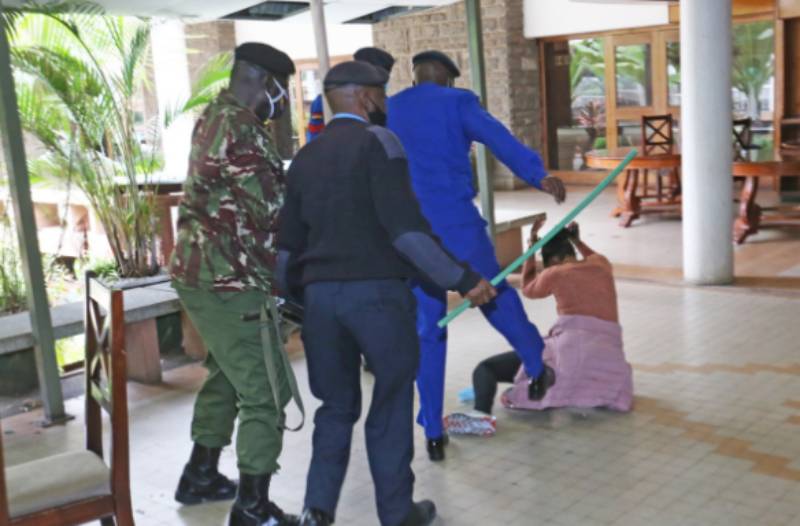 “We will not allow him back because as far as I am concerned, we have already completed the recruitment process for his replacement,” Elachi said.

This was just a day after the Ethics and Anti-Corruption Commission (EACC) cleared Ngwele and allowed him back in the office following the contestation of his appointment.