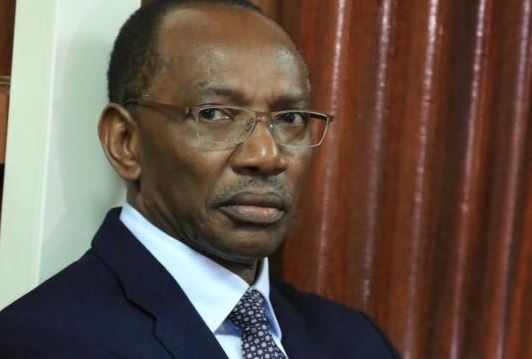 A Nairobi court has rejected an attempt by the State to delay a visit to the Africa Spirits Limited factory in Thika by seven more days.

Nairobi Chief Magistrate Francis Andayi directed on Friday that the visit should take place on July 21 at 2pm.

Kariuki and his co-accused had urged the court to visit the scene to ascertain what is happening after allegations that exhibits of the case against them were missing.

Andayi told parties in the case to observe the Ministry of Health containment measures to combat Covid-19, in addition to those imposed by the Judiciary in open court sessions.

The visit will be restricted to two hours unless other compelling reasons prevail.

The prosecution in the case wanted the visit slated for July 20 delayed, arguing that the Inspector General of Police needed time to comply with MoH guidelines.

Strict measures observed as churches re-open, in fight against Covid-19

Kariuki, armed with a bible in one hand and a crucifix in the other, walked into the church at 6.30am.

By Brian Okoth and Kamore Maina | 27 minutes ago