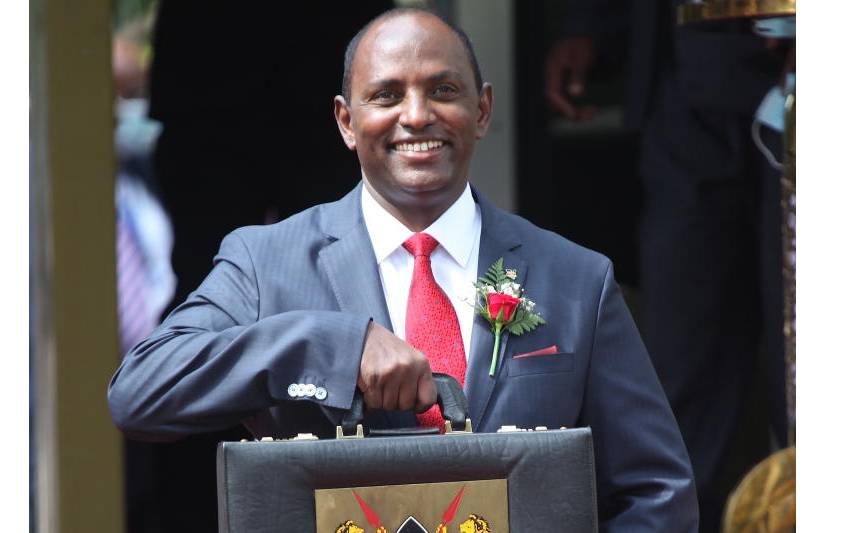 Budget reading this year coincided with falling fortunes, including job losses, for the majority of Kenyans amid the global Covid-19 pandemic.

To add to the 914,704 people that Kenya National Bureau of Statistics (KNBS) reported were out of jobs earlier in the year (representing 4.9 per cent of the national population), an additional 300,000 Kenyans are reported to have lost their jobs between January and March this year.

And on Labour Day, President Uhuru Kenyatta warned that over half a million Kenyans could lose their jobs in the next six months.

An eight-point Economic Stimulus Programme that was rolled out by President Kenyatta is set to create jobs for 200,000 youth across the country in the National Hygiene Programme, Kazi Mtaani Initiative.

Mr Yatani said the government had allocated an additional budget of Sh6.5 billion to the Ministry of Education to hire 10,000 teachers and 1,000 ICT interns to support digital learning.

“The programme will also support the improvement of school infrastructure, including acquisition of 250,000 locally-fabricated desks. The aim is to get thousands of our graduates off the bench and into action while we support local artisans and builders businesses,” he said.

Further, an additional 5,000 healthcare workers with diploma and certificate qualification will be hired for one year. The Cabinet Secretary also proposed an initial investment of Sh600 million to purchase locally assembled vehicles. This is aimed at sustaining operations of local motor vehicle manufacturers and safeguard jobs.

“In this respect the government will review the contracting framework for infrastructure projects with a view of ensuring greater participation of local contractors. This will retain domestic revenues within the country and create jobs for the youth.”

Up to 1.49 million Kenyans were underemployed as at May 2020, according to KNBS data for the first quarter.

Kenya has been grappling with the scourge of unemployment, with youth aged 20 to 24 making the highest proportion of the unemployed at 12.5 per cent. As such, it has been among every government’s key agenda to reduce the unemployment rate.

Hospitality and travel industries have seen massive losses with layoffs, even as many businesses close. While gradual reopening is on the decks, there is every indication that job losses may continue as companies report losses. In the Economic Stimulus Programme, Sh5 billion has been set aside to hire local labour to rehabilitate access roads, footbridges and other public infrastructure.

The government intends to spend Sh10 billion to engage youth in restoring public hygiene standards, urban civil works and other public undertakings.  Currently, during the trial period, the number of youth engaged is 26,000.  This number is intended to reach 200,000 across the country.

At the gate, the CS was welcomed with a hand sanitiser, the first indication that it was no longer business as usual.