Covid-19 cases in slums not a surprise 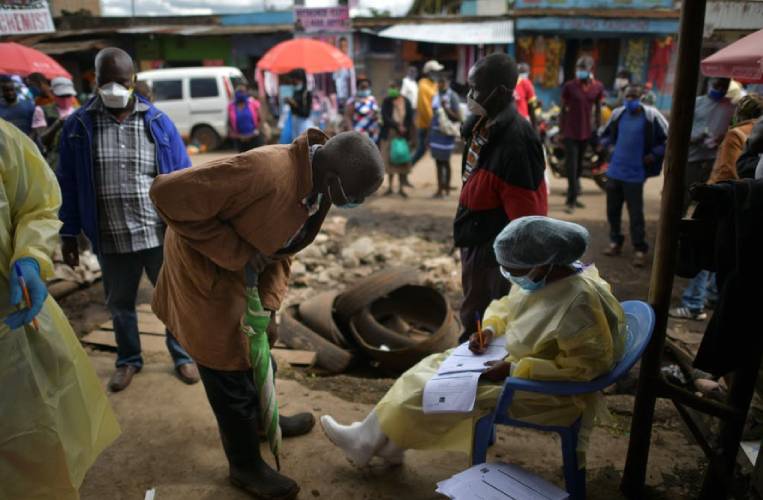 “…In Nairobi, we have recorded a high number of 33 people in Mathare slum, Kibra remains high as well with 14 cases,” said CS Health Mutahi Kagwe in today’s Covid-19 briefing in the country.

Slums have been reading from the same script, only different characters, passing the script to one another in turns. This is as far as the current spate of Covid-19 infections is concerned.

From Kawangware, to Kibra and now Mathare slum. The informal settlements in Nairobi, have been passing the infections ball to each other.

Before the Ministry of Health launched targeted mass testing in slums, the numbers were relatively low. Slums recorded one or two cases after a while.

Then, slum dwellers held their breaths. Some hid their heads in the sand others going on with normal day-to-day activities oblivious of the looming danger in their surroundings.

Since the first case was confirmed in Kenya it was only a question of when and not if, the slums would become Covid-19 hotspot in the country.

True to that, the recent high community cases of coronavirus have confirmed what was expected. Life in the slums was and is still a ticking time bomb. It is now exploding.

From the 123 new Covid-19 cases in the country today, 47 are from the slums. This translating to almost 40 percent of the total infections.

At first, it was Kawangware slum. The informal settlement hard a sharp rise in Covid-19 after Public Health officers pitched camp in the area. The results almost put the region on lockdown.

Earlier this month, Kawangware hit the headlines with over 24 cases then. The spike was also witnessed in Eastleigh and Mombasa Old Town. The later were locked down, but the former escaped narrowly.

The biggest urban slum in Africa was fast leading with Covid-19 numbers. For slums, with Covid-19 infections, it almost looks like a competition. They were always up on the chat whenever the Ministry of Health came to address.

Kibra is still operating on the red zone that almost forced the government’s hand to enforce a partial cessation of movements in and out of the area.

This came after the area recorded high numbers of positive cases, at 15 and 13 cases last Friday and Thursday respectively. Yesterday, the slum recorded 6 new infections, today, there are 14 new cases.

The community-based infections have been on the rise since targeted mass testing was rolled out in the slums. Nairobi’s major slums which include, Kibra, Mathare, Kawangware, and Mukuru slums have had a surge in numbers. Bu this is not surprising at all.

“The increase in community infection is simply because of community contacts. And that is a fact,” asserted CS Kagwe, while pointing out the reason for the surge in the slums. 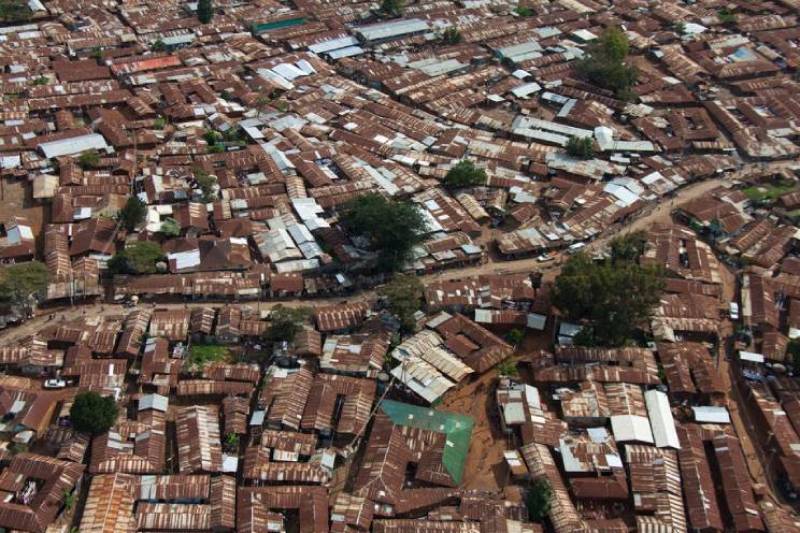 In slums, houses are crowded together. The small rooms made of corrugated iron sheets play host to more than 4 people at once. Often, you would find families sharing amenities such as toilets and water points.

Likewise, washing hands is a luxury for slum dwellers. The abject poverty among the inhabitants leave them with dilemmas on whether to buy food or buy sanitizers to keep hands safe. The former always wins.

“The figures we have shared illustrate a rapid rate of transmission in the informal settlements in Nairobi. This means that there is a raging number of infections in this area,” adds CS Kagwe.

Another key reason for the rapid spread in the slum is the use of face masks. Many do not have a crucial weapon against Covid-19. Some, admittedly, wear them to avoid brushing shoulders with Police, but not for the intended reasons.

Speaking during the 76th Covid-19 briefing, the Health boss continued with the usual chorus. Urging members of the public to adhere to wearing masks at all times.

The government had made it an offense to go out in the public without a mask. All this in efforts to hold the Covid-19 waves at bay. A Sh20, 000 fine was attached to this directive for offenders.

"Users of public or private transport and public transport operators shall wear a proper mask that must cover the person’s mouth and nose and also maintain a physical distance of not less than one meter.” Said a statement from the Ministry of Health.

So, as the country, yet again, records another high of 123 cases of Covid-19, taking the overall number to 1, 471, Nairobi, with 85 cases today, leads again. The slums becoming areas of deep concern.

The situation could move from bad to worse even as the government predicts over 2000 cases in a day by August this year.  With this, it suffices to predict that slums will be major casualties in the coming days.

According to the Kenya National Bureau of Statistics (KNBS), Nairobi has over 4.3 million people. Out of these over 1.5 million people are living in slums.