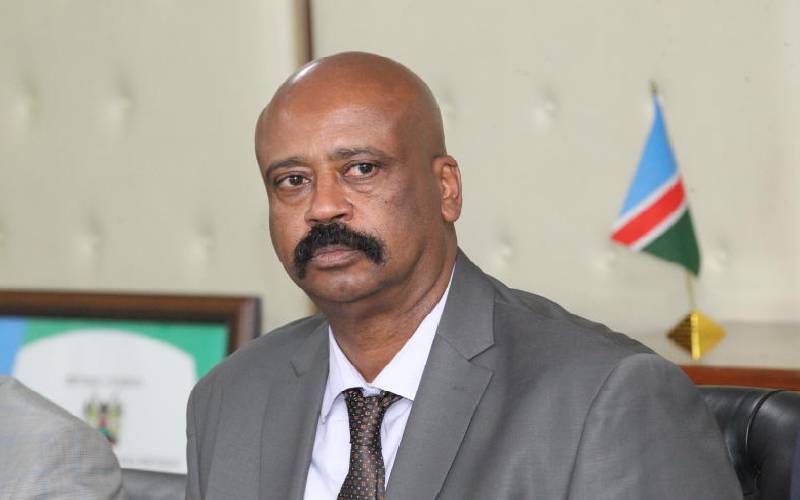 The Nairobi Metropolitan Service has suspended all development plans for two years in four informal settlements in Kibra Sub-county and declared it a special planning area.

It also states that Ayany and Olympic estates in Sarangombe have been excluded in the development plan.

Maj-Gen Badi also noted that the declaration will facilitate formulation of harmonised standards and guidelines for buildings and other forms of development as defined under the Physical and Land Use Planning Act, 2019.

The plan will be a reference framework for developers and regulatory agencies with regard to development control processes and infrastructure provision within the planning area.

The declaration, Badi said, does not affect development permissions granted six months prior to the notice.

The NMS will also provide a map of the areas affected by the declaration, which will be posted at the County Government offices at City Hall, the Nairobi City County official website and the offices of the Ward Administrators of the respective wards for public viewing.

Kibra is now the second slum to be declared a special planning area in recent years. In 2018, the Nairobi County government froze development in Mukuru slums.

The then County Housing Executive, Patrick Odongo, said the move was implemented so that the county government doesn’t allow development that constrains the search for sustainable solutions to problems facing residents.

The Mukuru slum, comprising Mukuru kwa Njenga, Mukuru kwa Reuben and Viwandani, is one of the largest of the more than 150 informal settlements in Nairobi, covering 525 acres and with a population of more than 200,000 people.
Research presented by the International Development Research Centre in Nairobi shows that a robust informal economy often controlled by cartels generates at least Sh7 billion annually, equivalent to a quarter of the county government’s annual budget.