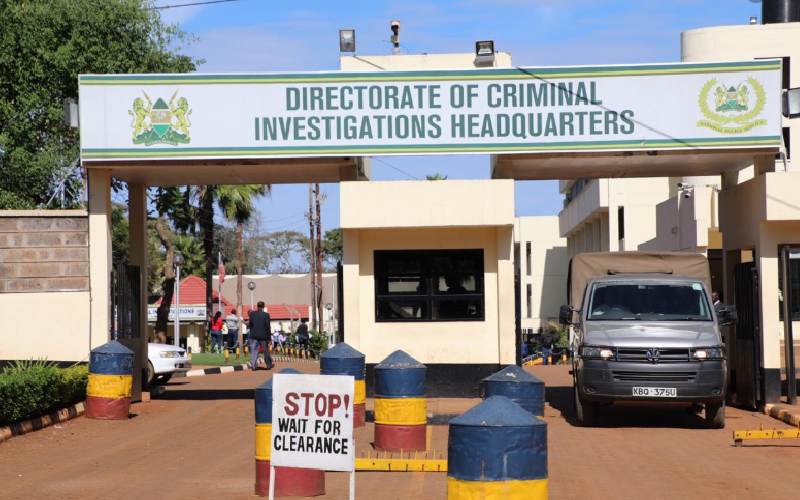 The Directorate of Criminal Investigations (DCI) has suspended the processing of Certificate of Good Conduct over the coronavirus pandemic.

DCI boss George Kinoti said they had suspended services in respect to private fingerprint forensic and issuance of police clearance certificates previously known as Certificate of Good Conduct, for the next two weeks.

This is in line with the directives of the National Emergency and Response Committee on Coronavirus.

“The DCI shall through its clinical personnel on considered emergency cases, screen and test both staff and visitors at the DCI headquarters. Any case diagnosed will be referred to the relevant government medical institutions immediately for further attention,” he said.

Most police stations have also been told to be cautious in handling those seeking services there. This include keeping distance with those in face to face communication and avoiding shaking hands.

The National Transport and Safety Authority (NTSA) too said all current Smart Driving Licences bookings had been rescheduled.

“SMS notifications shall be sent out to those who had booked online and are awaiting the service on when to visit. However, members of the public can continue applying for Smart DL as the service is available online,” said NTSA Director General George Njao.

Njao added verification and approval of online service applications shall not be affected.

“We urge our customers to verify status of their applications. We encourage members of the public to make service inquiries through the free NTSA mobile application available on Google Play Store, [email protected], [email protected] and the NTSA facebook/twitter pages,” he said.

The moves are part of efforts being undertaken to curb the spread of the virus. Already, visitations to prisons have been suspended for the next 30 days.

Operations at courts have been scaled down as part of efforts to contain the spread.

President Kenyatta announced schools will be closed until further notice. He added visitors from countries that have reported the disease will not be allowed into the country.

Fourteen other people are still under quarantine awaiting results.