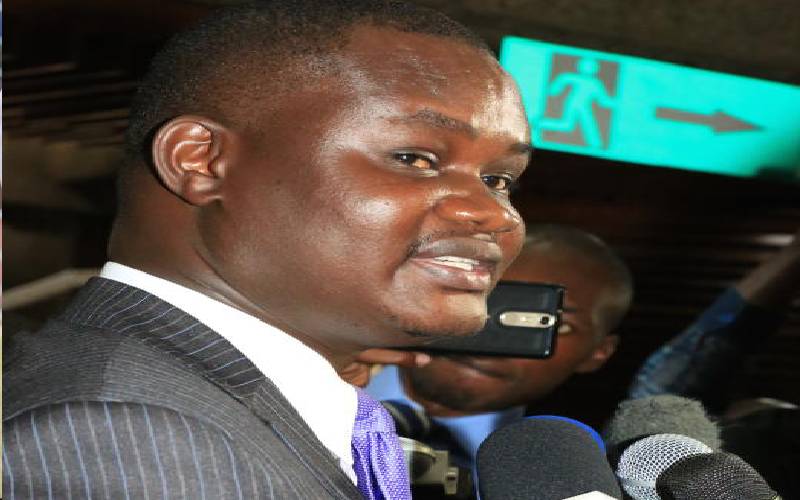 A former presidential candidate has been charged with stealing a motor vehicle and a conspiracy to commit a felony.

Juma with another suspect still at large are being accused of stealing the motor vehicle valued at Sh5.6 million belonging to NTV journalist Ken Mijungu in Nairobi County on June 13.

Juma however denied the charges and was released on a Sh800,000 cash bail.

Juma contested for president in 2017 but failed to get the Independent Electoral and Boundaries Commission (IEBC) nod after it emerged that some of his papers had issues.

While rejecting Juma’s papers, Commission Chairperson Wafula Chebukati said the candidate’s degree certificate was not certified and two of his proposers were registered members of Jubilee party.

Mijungu who runs a car hire company by the name “Execar-tive CarHire” which imports cars and machinery had raised the alarm of a missing car.

About two months ago, he appealed to the public to help him trace a stolen car.

The anchor took to his Twitter account to announce that the Toyota Land Cruiser Prado VX had been stolen.

By David Njaaga 1 day ago
Police, suspect killed in Kahawa West shoot out