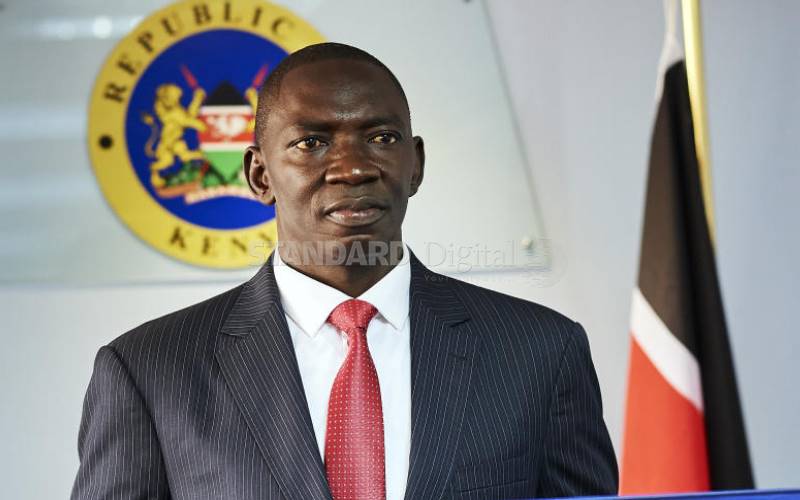 As the country gets ready for the decennial national census, several concerns have come up, key among them being security.

Majority of Kenyans believe criminals might take advantage of the head count and raid people's homes during the night activity that starts at 6pm.

The Ministry of Interior, in collaboration with other security agencies, county commissioners, regional commissioners, chiefs, subchiefs and village elders have been mobilised to ensure census is conducted smoothly.

In a statement sent to newsrooms earlier on Saturday, Oguna the enumerators will be accompanied by police officers, area chief, or sub-chief, a village elder or chairpersons of estate associations.

He added that the enumerators will no longer be moving around carrying along bulky sheets of questionnaire.

All data will be captured digitally through a tablet computer. This method enhances security of data and guarantees speed of data processing and analysis.

Oguna said the devices are designed for this exercise and cannot be used for any other purpose.

The statement has raised the concern of observers, who criticised the Sh18.5 billion census project that uses equipment that can never be reused.

Individuals in hotels, will fill a short questionnaire to safeguard their privacy. This information will be captured electronically within the premises of the hotels.

"Information for all those in hotels, travellers and street families will be captured using a short questionnaire and this strictly be done on the August 24 only," Oguna said.

The counting shall continue until August 31.

After the enumeration, the officials will write a number on the door or any visible place on the structure of the house to indicate counting has been conducted. Residents are advised not to erase the numbers.

Other than security, some citizens have criticised the census questions for being intrusive.

But Oguna has said census data is strictly confidential. "All information collected will not be subjected to any use other than for statistical purposes."

A call centre, which will remain open for 24 hrs for the duration of the census process from 24-31 August, has been set up for reporting issues in the field. The hotline Toll free number is 0800-221-020.

De’Mathew was a polygamist and a father of seven children. Sarafina Wairimu and Caroline Waithera are the two women De’Mathew called wives.