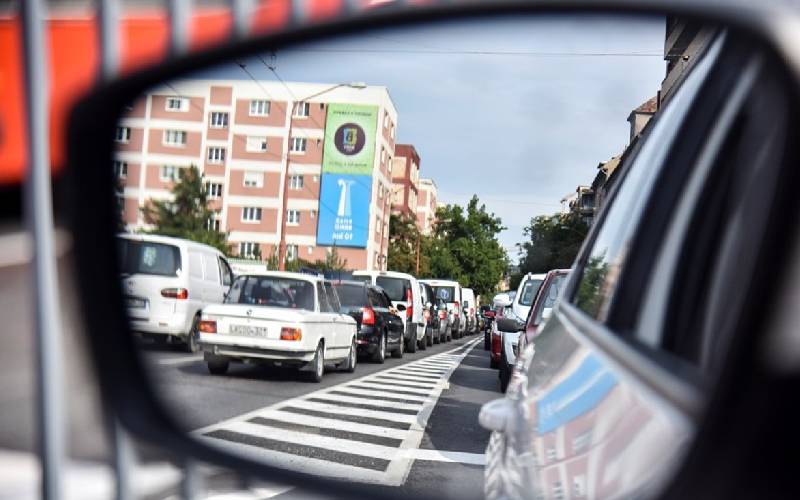 City motorists using Ngong Road should brace for heavy traffic due to ongoing improvement works. The Kenya Urban Roads Authority (KURA) on Sunday announced it would be undertaking improvement works on the road for 12 days from Monday 25 to April 5, 2019. KURA acting Director General Silas Kinoti, through a public notice, said the improvement works were aimed at rectifying defects and improving the road. He said diversion lanes would be provided. “This is to notify the public, stakeholders and Ngong Road users that there will be disruption of traffic between China centre and Prestige plaza,” read the notice. Kinoti added, “Stakeholders are urged to cooperate as we endeavor to improve our urban road network.” The director general further said the agency had divided the construction project into three slots of 32km, 25.5km and 22.8km networks respectively. KURA Chief Communication Officer John Cheboi said the agency would be working on a single lane at a time to avoid inconveniencing motorists further. He explained that vehicles had currently been diverted to use the service lane to allow for construction of one lane but once completed they would embark on improving the other lane. Phase I of the road which runs from the Kenya National Library to Ring Road Junction was completed in January 2018. The expansion of the road was undertaken by World Kaihatsu Kogyo Company Ltd, a Japanese firm, at a cost of Sh1.3 billion. The road has been fitted with intelligent traffic signals at most junctions, paedestrian walkways, bus stops for PSV vehicles, U-turns for changing lanes and a wider City Mortuary Roundabout with extra lanes. Ngong Road is yet to be completed, with Phase II running from Dagoretti Corner and Karen junction also under construction. The 3km stretch is also being constructed by World Kaihatsu Kogyo Company Ltd at a cost of Sh2 billion. The project commenced in March 2018 and is expected to take 24 months. Phase III of the Ngong Road project encompasses the distance between Dagoretti Corner and Karen Shopping Centre and is currently being constructed at a cost of Sh1.98 billion. The 9.8km stretch is being constructed by China Qinjian International Group but financed by the Kenya National Government. Last year, KURA announced that the dualling of Ngong Road was aimed at decongesting the capital through faster flow of traffic and also provide ground for the implementation of the Bus Rapid Transport (BRT) system. The road project was commissioned by President Uhuru Kenyatta in 2016.

The Nairobian 3 hours ago