work with the Government to make credit affordable to Kenyans.

institutions to reciprocate by lowing interest rates on loans.

“Banks and other financial institutions need to work in partnership with

the Government to make credit both accessible and affordable. This will

attract a bigger customer base,” the President said.

the Standard Chartered Bank Group, who were led by the bank’s global

President Kenyatta said the Jubilee administration is focused on making

He cited the laying of fibre optic cables, the launch of the Standard

Gauge Railway and upgrading of Jomo Kenyatta International Airport. These are some

The President said the Government is keen on promoting intra-Africa trade,

dockets in one ministry. 60 per cent of our foreign policy is focused on

He welcomed public-private partnership in the implementation of key

projects that will help improve the lives of Kenyans.

fast-track for the benefit of the people of Kenya,” the President said.

the Government to make credit affordable.

both the financial institutions and customers to lower interest rates and

use to help grow Kenyan businesses.

commitment to making Kenya a regional financial hub and appreciate what

has been done to improve the investment environment,” Sir Peace said.

(Reuters) - CPremier League leaders helsea were hit by an 87th-minute sucker punch as they were held to a 1-1 draw by lowly West Bromwich Albion on Tuesday, handing the title race initiative back to Arsenal and Manchester City. 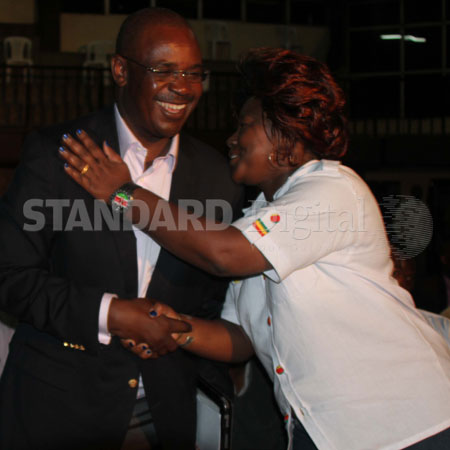