How I cash in on my love for dogs

By Paul Kariuki | 3w ago

While still in high school, Richard Kahuho picked up dog breeding as a hobby after he was impressed by some trained canines performing various tasks.

“I was then in Form Two and started seeing dogs beyond being mere pets or part of homestead security. Out of curiosity, I decided to immerse myself in dog rearing,” the 27-year-old told Money Maker.

Initially, it was simply a hobby and he did not place much thought into it until after high school when he couldn’t find a job. By then, he was doing odd jobs to earn a living.

“It was then I decided to turn dog breeding and training into business. I founded Tails of Triumph and the business is currently five years old.”

But before venturing into business, he had to learn the ropes from experts in the field. This was to professionalise his craft as he’d been only breeding local dog species at their Kasarani home.

“With insecurity on the rise everywhere and homeowners and companies employing every security measure to safeguard their compounds and properties, trained dogs had been on the demand by both individuals and security agencies to address this and I saw a business opportunity in this,” he said.

Stories of those who have found success in similar ventures served as a motivation even though he encountered naysayers on what was an “unusual” path.

“Behavioural training deals with any undesired habits like shoe chewing, aggression and any other behaviour that is not desired. In command training, I teach them various commands and word phrases that influence the desired behaviour or to direct them towards what a client wants their dogs to be capable of,” he explained his methods.

For security training, he teaches the canines proper responses to intruders like how to bite, where to bite, and when to bite. Then there’s the on and off-leash training where he teaches dogs how to behave in public whether on a leash or not.

“Potty training activity entails showing dogs where to relieve themselves as in directing them where to go, for example on grass instead of the carpet and at what time of day to go. This controls them from making a mess and for one having to clean after them. It is important as dogs need a routine,” he said.

He charges a client Sh1,000 per session for dog grooming and trimming of fur and nails.

He trains various dog breeds including the Japanese Spitz, Rottweiler, Golden Retriever, German Shepherd, Boerboels, Pitbull Terriers and Russian Chow Chow. His business, based in Gigiri, has employed two on a permanent basis. Kahuho’s customers are mostly security companies that either hire or buy dogs from him. He sources clients from referrals, social media platforms and online bazaars such as Jiji, formerly OLX.

“I also deal with individual dog lovers and enthusiasts who have a particular interest in some breeds,” he added.

Sometimes clients can bring him aggressive dogs which are difficult to handle but he says that there’s no dog that can’t be tamed. “We have a socialisation process for any type of dog through establishing trust and familiarity and this way they’re calmed.”

He charges a flat charge for all the dogs he trains and it doesn’t depend on the breed.

“I charge a standard rate of Sh15,000. This is the full package and covers the five facets of obedience, command adherence, leash behaviour, toilet training and grooming. It is done in 20 sessions per month, with each session running for an hour and a half,” he revealed.

He says that dog training should commence when the canines are still young. From his experience, the best time to train them is when they’re between two and five months old. And there’s a difference between a trained dog and an untrained one.

He adds that establishing a routine is important for dogs as it helps regulate and control their urges if their needs are met as this prevents them from acting out. He never would consider any other career opportunity aside from his current venture as dog training allows him a flexible and fun schedule.

“I’m able to engage in the work I enjoy and I’m also able to organise how many hours in a day I’m at work,” he says.

His advice to dog owners is to take care of their dogs through good diets, housing, grooming and medicating them.

“Like humans, dogs are sensitive creatures and can read our moods and can tell from a happy and an angry face,” he notes.

Perseverance in whatever he intends to do is one vital business lesson he has learned so far. “I visualise where I’d like to be rather than where I’m at the moment.” 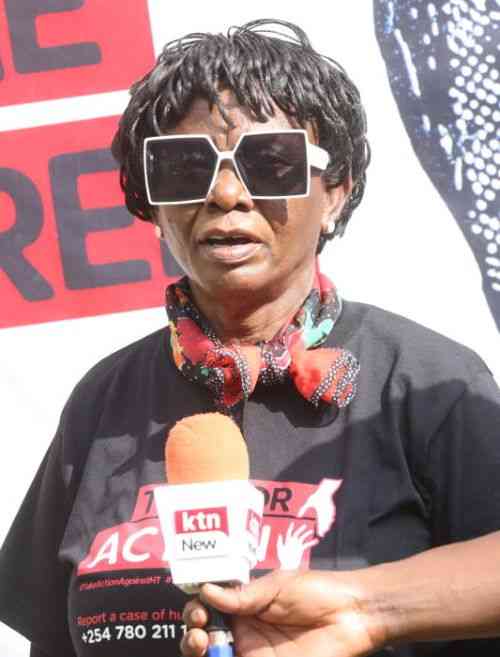 I was treated like a dog in South Africa, Saudi Arabia- activist
NEWS
By Robert Amalemba
1 min ago
Premium Though publicly visible, very little is known of the First Lady
Features
By Jacqueline Mahugu
55 mins ago
Premium Purrenting: More Kenyans get fur babies
Lifestyle
By Jacqueline Mahugu
1 hr ago
Paternity disputes can unearth nasty surprises
HEALTH
By Dr Alfred Murage
2 hrs ago
.

By Graham Kajilwa 1 day ago
Is your money too little to do much?

By Jennifer Anyango 1 day ago
Want to eat into the bread market? Try sweet potatoes