Nine things that ruin your happiness 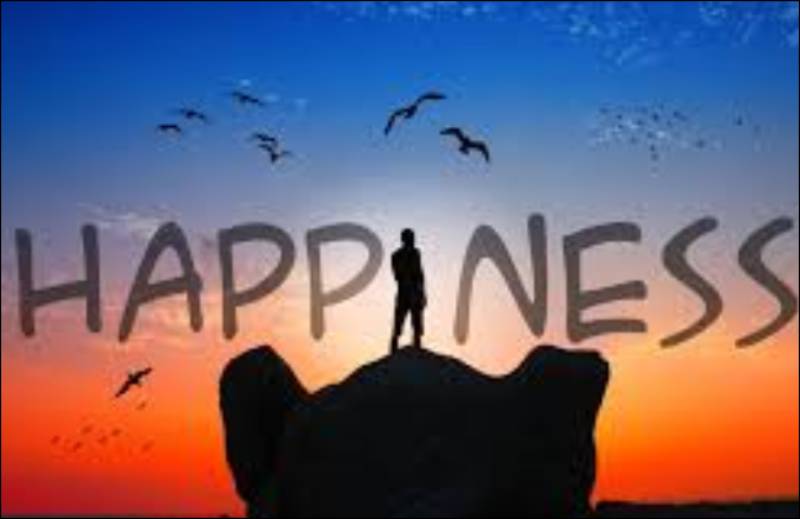 Everybody wants to be happy, but many people are wallowing in sadness because they continue to say ‘yes’ to the wrong things. Here are 10 things we should say NO to in our pursuit of happiness.

Being a perfectionist is a great way to always feel like a failure. As author Ryan Holiday  once said, “Perfectionism rarely begets perfection, or satisfaction - only disappointment.” Nothing can be absolutely flawless, and accepting that will help you avoid being overly critical of yourself and others, thus happier.

The great thief of joy. In the age of social media, comparing yourself to others has become easier than ever. So many people are doing it, Facebook has been linked to depression because people think they are doing much worse than other people. However, gauging yourself depending on what other people let you see is just comparing your behind-the-scenes with everyone else’s highlight reel. Focusing on yourself and your goals is key to avoiding this.

According to a University of California Irvine study, it takes an average of 23 minutes and 15 seconds to get back to a task you were working on once you get distracted or interrupted. Think of all the times you get distracted in a day and how much time disappears before you are able to refocus. Tasks get done later than you intended, leading to unhappiness. Try to avoid them while working. Switch off your phone, avoid the internet unless you have to use it, focus on one task at a time.

Netflix, games, social media, partying every weekend – all those things rarely contribute to productivity. Being productive is important because having a feeling of accomplishment helps you feel good about yourself. So other than avoiding time wasters, some simple ways of being more productive are by avoiding multitasking, making reasonable to-do lists (don’t try to suddenly do too much at once or else you will burn out and fail), break down big tasks into small, manageable chunks, take breaks and stay healthy by eating right and exercising. Your brain will thank you for it.

“Tomorrow. A mystical land where 99 per cent of all human productivity, motivation, and achievement is stored,” said an anonymous smart person. Procrastination is the thief of time, and also a thief of joy because it causes stress. Studies have shown that not only does it affect your work, chronic procrastinators are also more likely to have hypertension or cardiovascular disease. One simple strategy to beat procrastination is by telling yourself you will only do the task for five or ten minutes, then you can stop. You will most likely end up deciding to do the task for longer.

These are people who take a lot of your time and energy from you but never give back. According to Psychology Today, some of the signs that you are dealing with a taker are: They act entitled to whatever they’re taking from you; they won’t apologise to you, but will expect you to apologise to them; they believe their problems are someone else’s fault; when you give to them, they don’t feel compelled to say thank you or be grateful; they act as if they are always right; they either cannot or will not put themselves in another person’s shoes – among others. Give such people a wide berth. They are detrimental to your mental health.

Someone once said: “If it is important to you, you will find a way. If not, you will find an excuse.” They are basically reasons we have created as to why we cannot or will not do something. Some other reasons people give excuses are because of fear, fear of failure, uncertainty and lack of motivation. Excuses are a big reason why a lot of people do not achieve their goals. Get rid of them or try to find a way to work despite them, and you will see yourself growing and creating new opportunities for yourself.

Gossip is the thief of reputation. Gossip is defined as idle talk or rumour, especially about the personal or private affairs of others, so you may believe it only affects others, but it also affects you. If you are known to love it, you will also be known as a person that cannot be trusted. Writer Kiran Relangi says that “gossip turns us from polite conversation makers into rumor-vampires scandalizing private lives for personal satisfaction.” He adds that “we only gossip because we do not want to be reminded of our insecurities, failures and voids within. By engaging in gossip we not only divert our minds from introspection, we also create such falsehoods that will make us feel better and safe”. That is certainly not the description of a happy person.

9. Working all the time

Things will not fall apart because you took a moment to breathe, but you will fall apart if you fail to take a break when you are supposed to. Your mind and body need time to recharge. Besides, there is a lot more to life than just work.

Missing or murdered: the grim fate of Tanzania dissidents

Opposition members and rights activists say that investigations into the kidnappings go nowhere.

By Mukurima Muriuki | 1 day ago