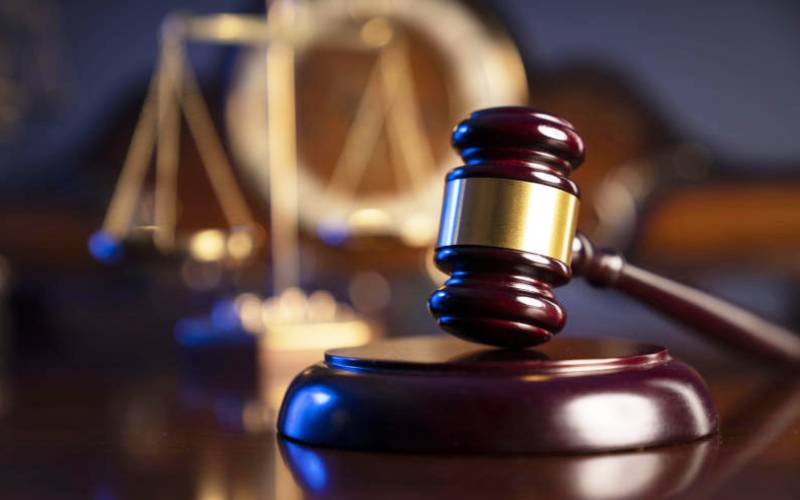 The family of renowned educationist James Waithaka is embroiled in a multi-million shillings property dispute in Kiambu County.

Waithaka’s four daughters have been accused of attempting to disinherit his daughter-in-law from the 10.5 acres where the properties are, and which the educationist had gifted his only son David Christopher Gitau, who died in December 2017.

Muthoni (Gitau’s widow) has moved to court to stop her sisters-in-law from encroaching and disinheriting her from the property where her matrimonial home is, and obtained orders stopping them from dealing in the land or sub-dividing it in any way.

“An injunction is hereby issued restraining the four sisters whether by themselves, agents, proxies, or any other person from alienating, entering, trespassing, sub-dividing, or dealing with the land in any manner pending determination of the suit,” ruled Kiambu Magistrate Wilson Rading.

The widow filed the suit through Ngonyo Munyua and Company Advocates claiming that she was likely to lose her matrimonial home and properties and accused her sisters-in-law of threatening to take a portion of it.

She said she married Gitau in 1985 and upon their marriage, Waithaka gifted them the land, which had some colonial buildings, for them to settle in as their matrimonial home.

“To settle his only son who had a young family, Waithaka personally bequeathed and gifted the property to my late husband and through his authority, we occupied the land, developed it further and settled in as our family home,” said Muthoni.

She stated that the decision to settle them in the land was supported by Waithaka’s late wife Joan.

Muthoni told the court that from the time they settled in the land, they invested heavily in the premise together with their children Andrea Wambui Gitau and Waithaka Thiomi Gitau, and acquired business liabilities before her husband’s death on December 27, 2017.

She said all was well after her husband’s death until February this year when the sisters-in-law invaded the land and attempted to stop her children from developing a portion of it for commercial farming.

“One of the sisters even uttered threatening words to the effect that we will occupy the land and develop it under her dead body, and swore to return with vengeance, which makes us fear losing our rightful inheritance,” she said.

According to the widow, the sisters-in-law had never challenged their occupation of the property when her husband was alive and only surfaced two years after his death to demand a portion of it. She stated that when the sisters invaded the property, she reported to Waithaka who had gifted the land to his son, and that the educationist reiterated that his daughters should not lay any claim on the land.

Since Waithaka is advanced in age (91 years), Muthoni has filed another suit at the High Court for the court to order for his mental assessment to ascertain whether he is fit to be enjoined in the dispute. Lady Justice Mary Kasango last week allowed the application to suspend proceedings in the property dispute pending the mental assessment.

“The widow and her children want professor to come and testify if he gifted the land to his late son, but because he is aged and senile, they want a medical assessment to determine if he is medically sound to give evidence,” her lawyers said.

Waithaka is a pioneer educationist and a former director of education while his late wife Joan was among the first students at Alliance Girls High School, which she later headed for 15 years.

Unresolved land cases in Kisii on the rise

“It offered me the opportunity to invest part of my little savings, including HELB money.”