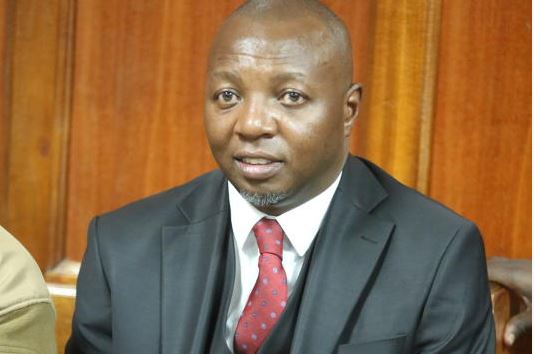 Haji said that there was sufficient evidence to warrant his arrest and that of KPA Works officer Juma Chigulu.

The DPP says he is convinced that Manduku engaged in the illegal procurement for the manufacture of concrete barriers at the Inland Container Depot, Kilindini Port and Makongeni Goodsshed yard in Mombasa County, without a procurement plan and approved budget for financial the year 2018/2019.

In a statement, the DPP said: “There was no requisition made for concrete barriers by the user department within the KPA as required under the Public Procurement and Asset Disposal Act, 2015 and the regulations made thereunder.”

Haji further added that there was no aforementioned planning before engaging in the project for the manufacture of concrete barriers.

The DPP says the barrier jobs were procured through the preparation of bills of quantities as opposed to open tender processes.

He alleges Manduku awarded the tenders to ten companies which he hand-picked, failing to follow due procurement process.

According to the investigations, his co-accused Chigulu made the payments totalling to Sh244,837,908 for incomplete projects.

The former MD resigned as KPA chief executive in March.

He said in a letter addressed to Transport CS James Macharia, "It has been both an honour and a privilege to serve as the Head of this vital installation".

In the same month, DCI detectives arrested and questioned Manduku in a fresh probe against him over graft allegations.

Then, charges against him were that he, together with KRA Commissioner of Customs and Border Control Kevin Safari and others conspired to gazette the Nairobi Inland Cargo Terminal as a KPA facility yet it did not meet the requirements.