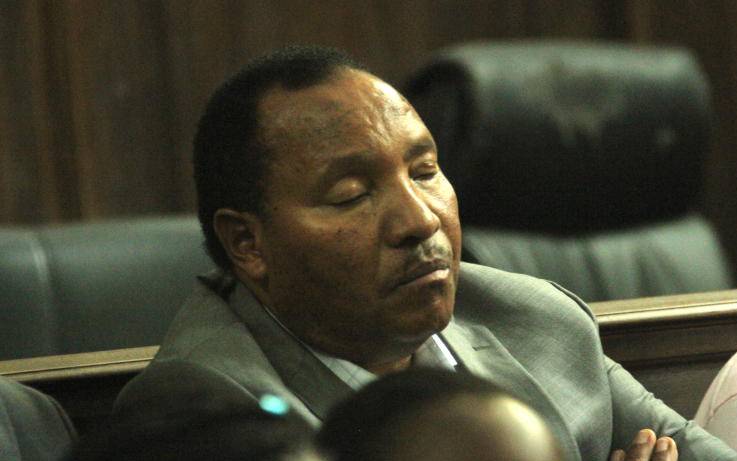 Embattled Kiambu Governor Ferdinand Waititu (pictured) has been impeached. Waititu was ousted Thursday evening after 63 Members of the County Assembly voted in favour of his removal, 28 failed to turn up for the session and one voted against the impeachment motion.

The motion was tabled by Ndenderu MCA Solomon Kinuthia who accused the governor of engaging in corrupt dealings, abuse of office and gross misconduct.

In the motion, the governor was accused of violating the public procurement rules and conflict of interest after it emerged that tenders in the county were awarded to companies owned by relatives.

On December 10, 2019, an impeachment against Waititu and his deputy James Nyoro failed to take off after it emerged that the grounds for the impeachment did not meet the legal threshold.

MCAs allied to Governor Waititu snubbed the sitting. Kiambu Assembly Speaker Steven Ndichu confirmed the postponement of the debate for failure to adhere to set guidelines.

“This communication is to confirm that the same motions will be considered next week by the assembly per the constitutional, relevant laws and standing orders,” he said.

The motion was also deferred to allow the Members of the County Assembly to furnish the governor with adequate notice and respond to the allegations in due course.

Waititu was barred from his office in September by Chief Magistrate Lawrence Mugambi after he was arraigned alongside his wife for corruption.

On July 19, 2019, Governor Waititu and his wife Susan Wangari were charged and denied six counts revolving around an alleged irregular procurement of a Sh588- million tender awarded to a company in the county.

The couple appeared before tie magistrate after a dramatic arrest. They were represented by

In May, Waititu was summoned by the Senate County Public Accounts and Investments Committee to explain some financial allocations which the audit report unearthed. Some of them included allocations for coordination of State House functions, South Sudan Peace, free primary education and payments of retired presidents.

Waititu disowned the audit before the parliamentary committee and even accused his political rivals of plotting his downfall.

While speaking at All Saints Catholic Church in Komothai, Githunguri, Waititu told  Deputy President William Ruto that his woes were perpetrated by his political opponents who were against his association with Tanga Tanga faction, allied to the DP.

“All this you are seeing is because I am in team Tanga Tanga. But I want to say I am a Christian and I have been through a lot and God always sees me through. I only fear God and hot porridge,” he said.

DP Ruto also seized the moment to fiercely defend Mr Waititu over the Sh2.1 billion query by the Senate.

“Do not get worried about the audit query on South Sudan and former Presidents since we will answer that. Just answer queries touching on Kiambu, which you will be asked by the residents and other people” promised Ruto.

Kisumu stares at drop in revenue in new order

Editors’ Guild petitions removal of Mutemi from MCK Board

By Kennedy Gachuhi and Antony Gitonga