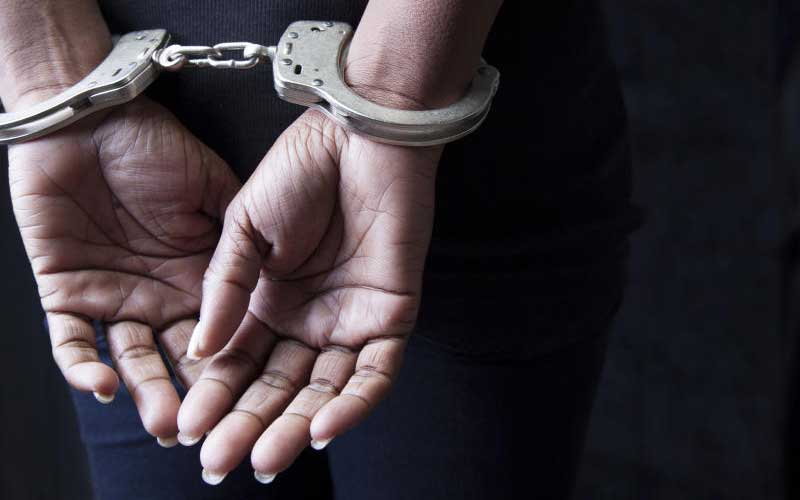 A policewoman who featured in the Sh225 million scam at the National Youth Service has been arrested over tax-related issues.

Detectives attached to KRA arrested on Tuesday evening following an ongoing probe into the claims that while trading as Maanti Logistics, Jupecar Garments, Ajol General Enterprises and Corrotexx Enterprises, all dealing with general supplies of office equipment which are subject to VAT in the country, she failed to remit the monies.

It is not clear how much she owes the taxman.

In the probe emanating from a 2016 special audit report, the Ethics and Anti-Corruption Commission and Directorate of Criminal Investigations had sought the assistance of Kenya Revenue Authority to audit tax of the six firms under investigation.

She is expected in court to face the charges.

The said companies were under probe over the transaction with the Devolution Ministry through the NYS.

Three of them linked to Ms Mango have her name as their director, only with a different middle name.

Maanti Logistics whose Director is listed as Caroline Mango was paid Sh26.8million.

Carrotexx Enterprise also listed Caroline Mango as its Director but with her middle name indicated as Atieno and got Sh1.9million.

All the three variations of the name have the same ID number and between them received a total of Sh34.5million in the same bank account.

This is the latest case of tax evasion that KRA is pursuing in a series since July 2019. KRA aims to recover all taxes lost through various taxes evasion schemes. KRA has prosecuted 152 cases in court since July 1, 2019 with a total revenue value of Sh56.7 billion. During the 2018/2019 FY, KRA recovered Sh8.53 billion from 222 cases won.

Some 35 suspects, including former Youth and Gender Principal Secretary Lilian Omollo and three companies, have been charged in relation to the loss of Sh167.7 million at the National Youth Service (NYS).

They were charged last year and the case is still in court.

The accused persons are charged with offences of conspiracy to commit an offence of economic crime, abuse of office, willful failure to comply with applicable procedures and guidelines relating to the management of public funds.

Mr. Abdifaisal Amin Abdullahi of Keflogic Systems Limited faced four counts of tax fraud which include failure to pay Value Added Tax (VAT) for 2014 and 2015 totalling Sh7.1 as imposed under Section 19 of the VAT Act 2013.

He also faced charges of failure to submit monthly VAT returns and annual Income Tax returns for the two years. The accused denied all the counts and was released on a bond of Sh2 million and alternative bail of Sh1 million. The case will be heard on October 29, 2019.

However, the company director failed to pay the required taxes and has not submitted both VAT and Income Tax returns.