As Kenya comes to terms with shocking cases of bullying in schools, the Alliance High School incident is not an isolated one. And according to a recent study the vice may not be resolved quickly.

Datasets from the World Health Organisation-backed Global School-based Student Health Survey indicate that violence among adolescents in Kenya is highly widespread in schools.

The survey, a collaborative surveillance project with the United States Centres for Disease Control (CDC), ranks Kenya among countries with the highest level of bullying. Those are the countries with the prevalence rates of between 43 per and 74 per cent among adolescents aged 13-17 years reporting being the target of bullying at least once in two months.

Surprisingly, bullying intensity in Kenya has no gender preferences, as the vice is also widespread among adolescent female students. WHO’s bullying datasets among girls in the country stands at 57.4 per cent of students who are bullied on one or more days in a month.

The girls who went to Alliance Boys

Chrispo wants to study law after scoring 413 in KCPE

According to Dr David Brown, a public health specialist and a WHO consultant on adolescent health and behaviour, bullying is usually an act of aggression with malicious intent that is characterised by an imbalance of power and carried out repeatedly over time. “In many countries, bullying has been associated with more serious violent behaviours, such as weapon carrying, frequent fighting, verbal and physical abuse and coercion,” says Brown.

Such views have also been expressed by Prof Frank Elgar, an experimental psychologist and social epidemiologist at McGill University in Canada who recently conducted an extensive research on bullying. The study, Structural Determinants of Youth bullying and Fighting in 79 Countries, concluded that bullying was broadly widespread in Sub-Saharan African countries than in other parts of the world. It relied heavily on WHO datasets.

Although youth aggression that encompasses bullying in schools is a global challenge, Elgar and his team found direct links to a country’s overall income inequalities and the government’s expenditure on education. “Our research established that bullying and physical fighting are more prevalent in less affluent countries,” said Dr Sophie Walsh, a senior lecturer in clinical psychology at Bar Ilan University in Israel and a key member of the study team.

However, building on a comprehensive recent study conducted by the United Nations Children’s Fund, ‘Hidden in Plain Sight: A Statistical Analysis of Violence against Children,’ researchers established bullying has influences on safety, social stratification, hierarchy, and social mobility.

But whereas in most developed countries bullying is being discouraged from all sides, and more so within the education system, in Sub-Saharan Africa and in Kenya in particular, the vice is often tolerated from a cultural and societal stand point of view.

According to UNICEF, there are indicators that some forms of violence in Africa, be it violent discipline in the home, bullying in school or intimate partner violence among adolescents, are deeply rooted in cultural beliefs.

But whatever the case, bullying in secondary schools in Kenya is not something new, although as UNICEF says, the practice had been operating under the radar, until the issue came under spotlight in Alliance High School.

According to a study conducted by David Ndetei, a professor of Psychiatry at the University of Nairobi, bullying is more prevalent in national schools than other categories of schools. Ndetei attributes the problem of bullying in national schools to the mixture of students admitted there coming from all over the country, with diverse socio-cultural backgrounds and often lacking cultural and social homogeneity enjoyed by other schools.

Nonetheless, bullying in schools has embedded itself in Kenya, because parents and the government have looked the other way when principals use it as tool to maintain discipline.

The crux of the matter is that although it is illegal for teachers to give corporal punishment, there are loopholes that encourage use of aggression that include physical bullying and hazing of students by fellow students. “In such situations, particular groups of students, such as ethnic minorities and those with disabilities, can be vulnerable to bullying,” says UNICEF.

Even as the Ministry of Education, parents and other stakeholders promise to address the situation of ordinary bullying in Alliance, it is time to demand from the school’s Board of Governors and teachers an explanation on why students run all the time when in the school compound. This unfriendly learning experience, popularly known as ‘movement by running’ and implemented by prefects and which is being been adopted by other boarding schools in the country, is not just retrogressive in nature but a form of harassment.

Ideally, in decent learning environments, boys and girls in secondary schools should walk briskly when changing classes or when moving from point A to point B within the school compound but run in the fields during the time allocated to games. A parent whose son joined Form I early this year in one of those schools that are enforcing the ‘movement by running’ says students with allergies and other forms of disabilities are finding it hard to cope. “Prefects in that school are not just regular students but could be compared to corporals, sergeant-majors and warrant officers in a military boot-camp,” said the parent who sought anonymity for fear of reprisals against his son. No doubt this appears as bullying the entire student body.

In his book, School Mastery, the late Dr Geoffrey Griffin, the founder and the director of Starehe Boys’ Centre and School, the problem of school discipline lies squarely on the principal.

“A good principal should always ask himself: Would I like my child to be in my school,” Griffin once told this writer when asked how a headteacher should administer a school. He took issue with the official headteachers manual that assumed that discipline in a school was below the dignity of a headteacher and should be left to his deputy and prefects.

According to Prof Aidan Mulkeen, the Academic/Registrar at the National University of Ireland and a former senior education specialist at the World Bank, school principals in Kenya ranked school fees and money matters and not learning outcomes, as their main concerns. If that is the case, then bullying in schools will continue being a thorny issue in the country.

To beat the best, we must separate research and teaching universities

Universities have recently received bad press. The Commission for University Education (CUE), an outfit that had been dormant for years, arose from slumber and released a report that 'suddenly' found out that a number of university courses were either unapproved or unaccredited.

By Daniel Chege | 20 minutes ago 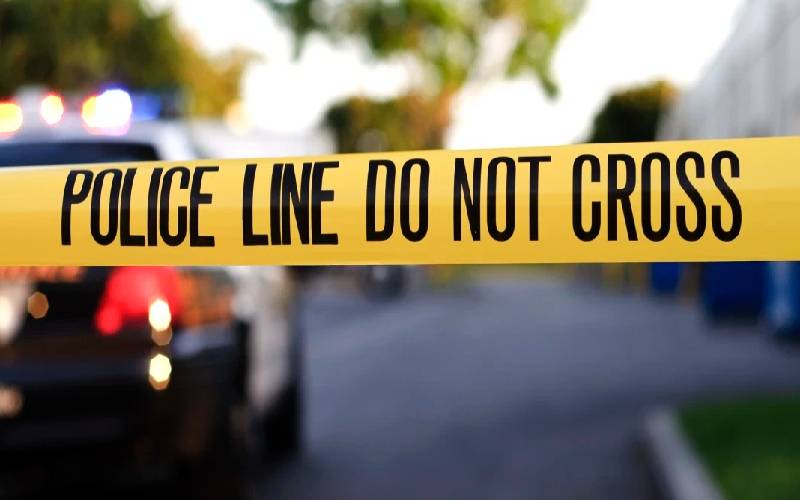