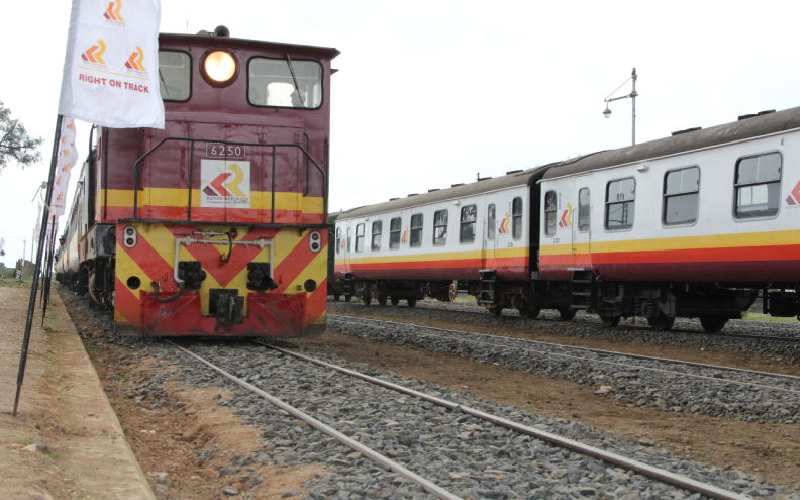 The grand plan to create a Sh54 billion green city on railway land has picked momentum after 40 investors declared interest in the development of the city.

This emerged as the Kenya Railways (KR) gave eviction orders to private entities that have been running their businesses on the 425-acre land that will be turned into a city within the city.

On Tuesday, the Ministry of Transport and Housing received submissions, weeks after it gazetted a request for expressions of interest for master developers.

The State Department for Housing and Urban Development had on July 20 released a Request for Expression of Interest for investors.

The bidders were given a deadline of August 20 and the department will from next week begin evaluation of the firms that had shown interest. In the meantime, KR will be expected to free the land for the infrastructure that includes Sh28 billion for the construction of four-kilometre underground rail tracks.

The establishment of water supply, roads and pavements will cost Sh5.9 billion while the earthwork and power supply take up another Sh3.3 billion

Other utilities including engineering (Sh5 billion), contingencies Sh6 billion and VAT of Sh7 billion will bring the total infrastructure cost to Sh54 billion.

The master plan describes the project as a multi-modal hub that will guarantee seamless connection among commuter rail, three bus rapid transits, airport limousine, city bus and non-motorised transport such as bicycles.

According to Secretary for Housing and Urban Planning Benjamin Njenga, the re-engineering of the railways land will create a brand new city on 425 acres from Uhuru Highway to Muthurwa, complete with skyscrapers, residential flats, a cultural centre and a museum.

Njenga noted that the mega project will be done in three phases, with the first phase including the development of railway infrastructure, arterial roads street commercial, house mapping and expansion of the Technical University of Kenya (TUK) Road to connect with Bunyala Road.

To emphasise the seriousness of the project, President Uhuru Kenyatta has made more than nine private trips to the proposed railway city, and a public visit on Thursday when he walked from Muthurwa to the Railways station.

In March, the Cabinet approved the grand project and on May 13, Uhuru gazetted the formation of the Railway City Development Authority (RCDA) to oversee the development of the proposed city.

In the initial plan that The Sunday Standard has seen, the city construction would have been implemented in 20 years under equity financing, bonds, public-private partnership financing and debt as the financing models for infrastructure projects.

But a senior ministry official said President Kenyatta wants the construction works to take between two and five years.

From January 19 to 22, Kenyatta leads a Kenyan delegation to pitch for the project in the United Kingdom and Africa Summit.

According to Housing PS Charles Hinga, a number of investors at the summit and others from the Middle East had shown great interest.

Among the facilities to be included in the 24-hour dynamic city, Hinga noted, are residential, community and government buildings, open spaces and plazas, and non-motorised and pedestrian walkways.

Hinga said the paperwork for the creation of Railway City Development Authority (RCDA) that will implement the project had been completed and once the legal notice is out, they will move to Parliament for the enactment of the law that will create the authority.

“RCDA will be responsible for coordinated development on the modern railways' city,” Hinga said