How this farmer is reaping benefits of beekeeping

When it comes to the art of making traditional beehives, Paul Kajita is endowed with gifted hands.

Not only does Kajita make beehives that are much sought-after, but he is also a celebrated bee-keeper.

The 54-year-old father of five uses social media to market his products.

For over two years, Kajita has put his vast knowledge of indigenous trees to good use, carving hives at Nkarini in Tharaka South Sub County, Tharaka Nithi County, and has earned a reputation as an expert in that field.

With a gifted pair of hands and a trained eye, Kajita is able to identify hollowed tree trunks, which are suitable for a hive.

Just by tapping a tree with his fingers and a casual inspection of the trunk, Kajita will know which tree is hollowed, and suitable for making hives of different sizes.

“I usually go for a tree which is hollow on both ends. It makes my work easier,” he said.

After identifying a suitable tree, he settles down for hard work at his base along Mati Road, which connects Meru to Tharaka Nithi and Embu counties.

The strategic location makes it possible for locals and travellers to view the displayed hives.

Kajita told The Standard on Sunday that the venture is profitable.

“The price of a hive depends primarily on the size and type of tree I use. The ones from hard wood cost more. Prices range from Sh500 to Sh1,000, depending on how much honey they can store,” he revealed.

The amount of time he takes to make a single beehive can range from hours to three days, depending on the shape and size of the tree, and the type of hive his client wants.

“If the tree is straight and has a hole I can take a day. But if the tree is bent I can take up to three days,” said Kajita, whose hives are in big demand in Tharaka Nithi, Mbeere in Embu and Tigania in Meru.

Traditional hives are preferred by many because they are not coated with paint, unlike the modern hives.

“Bees do not like vanish either. Modern hives are vanished to prevent rust, and the bees do not want that.”

“I get orders from as far as Mombasa, because I have deployed the power of social media such as Facebook and Whatsapp to market the hives,” he said, but pointed out that he gets most of his buyers from referrals.

He also keeps bees to supplement his income.

“Some of the hives are on my farm while others are on my neighbours’ farms. It’s a common practice to place hives on other people’s property,” he said.

To distinguish the hives, their owners mark them.

Kajita sells a kilogramme of raw honey at Sh250.

Patrick Ndori, another bee-keeper in the region, said Tharaka has the best honey because of the indigenous trees found there.

The two farmers are opposed to the national government’s proposal to regulate bee-keeping. 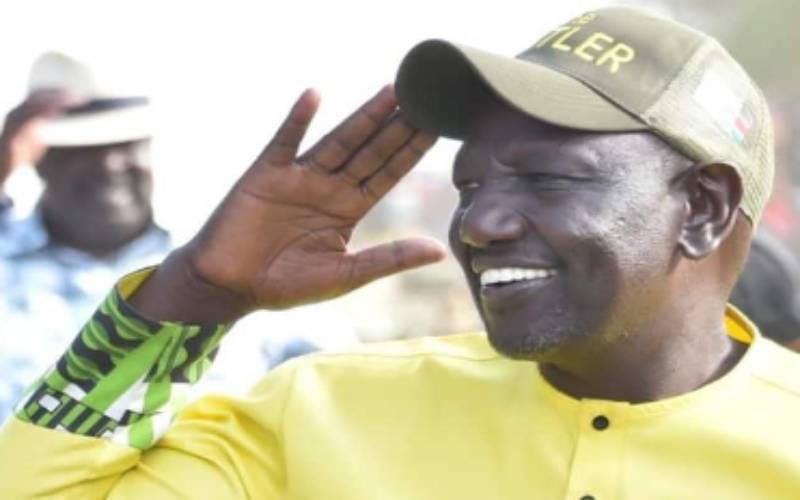 No cow in Congo? Number of cattle in DRC revealed amid Ruto’s comment
In Congo, there are 90 million people, but they don’t have even one cow [for milk production].
Market
By Dr Watson Messo
7 months ago

Six diseases that can sink your coop
Coccidiosis is a major economic disease impacting on the poultry industry globally.
Livestock
By Dr Watson Messo
15 hours ago
.

Premium
Six diseases that can sink your coop
Livestock
By Dr Watson Messo
15 hours ago
Brucellosis: Disease you get from infected milk
Livestock
By Dr Othieno Joseph
12 hours ago
Premium
Top innovations for small farms at Nairobi trade fair
Events
By Jennifer Anyango
1 day ago
How to keep coffee bushes disease-free
Crop
By Rosa Agutu
1 day ago
Premium
Cost-saving tips for every poultry farmer
Livestock
By John Shilitsa
2 days ago
. 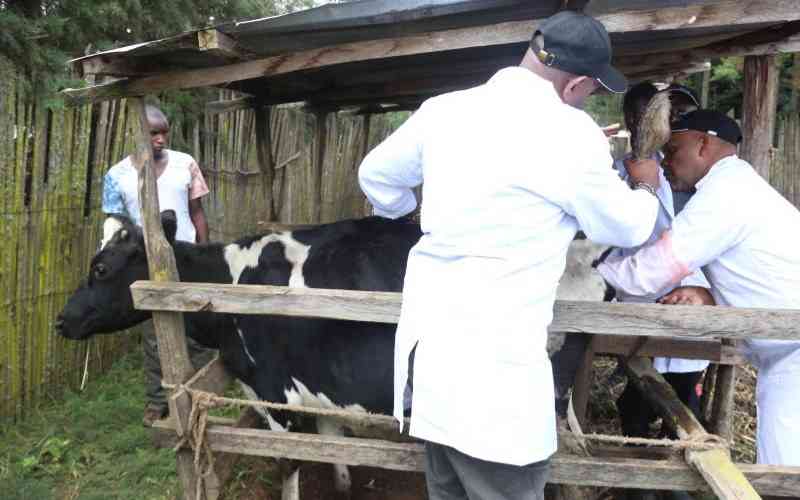