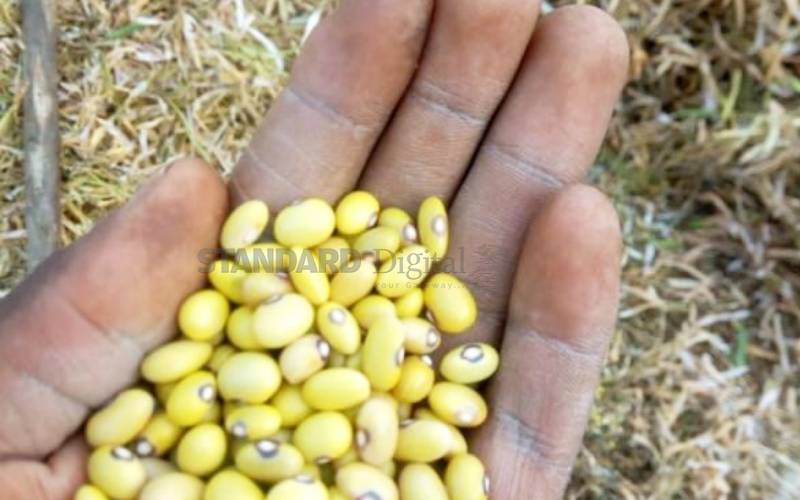 After completing his degree in Business Leadership at Daystar University, Benson Chanzu, 32, decided to put the skills acquired on his farm in Njoro, Nakuru County.

Chanzu says he has always been passionate about farming. He started by growing wheat and potatoes which are commonly grown in the area but the venture was not lucrative.

One day, while still pondering on his next move, he took part in a training organised by the Nakuru County department of agriculture at Egerton University.

It is at the training in 2019 that Chanzu got the inspiration to farm yellow beans.

“I have always been passionate about farming but when wheat and potatoes failed me, I almost gave up but the training opened a fresh chapter for me. I wanted something that could earn me money within a short period, and yellow beans were the best choice,” Chanzu says.

To kick start the venture, he had to raise Sh60,000 to lease a 5-acre piece of land, cultivate it and plant his first crop. He says from each acre, he harvested 14 bags. He sold most of the produce at Nakuru retail market, at Sh45 a kilo.

Though getting market wasn’t much of a hassle, he embarked on a research in which he discovered that the beans would fetch a better price if sold fresh.

Most consumers, he says, preferred fresh beans as opposed to dried ones due to their high nutritional value.

Armed with the information acquired through the research, Chanzu pitched his produce to schools, hospitals and hotels.

“I discovered that hospitals preferred serving patients fresh beans as opposed to dried ones so I approached a couple of them and they agreed to buy my produce,” he says.

Before planting the legume crop, Chanzu says he makes sure the farm which he has increased to eight acres now, is well-prepared. Ploughing is done twice and this has to be done before the onset of rains.

How the crops are spaced during planting, he says, also matters a lot. Something between 5 to 10 centimetres, with rows at one and a half feet, is good enough.

“Using rows when planting is encouraged for easier management of the crop during production. Spacing is also key to quality production. Overpopulating the plants might lead to nutrient deficiency in the soil,” says Chanzu.

At about 21 days after germination, weeds are controlled either through weeding or application of herbicides. After clearing the weeds, vegetative herbicides are applied.

Second weeding is done at six weeks ahead of the flowering stage that occurs at between 45 to 50 days after germination. Weeding is discouraged after flowering.

With proper farming practices, yellow beans mature after two and half months compared to other varieties that take about three months. An acre has a capacity of producing between 15 to 18 bags of 90 kilos.

One of the biggest advantages of growing yellow beans is the ready market and each kilo can fetch between Sh75 and Sh120.

Chanzu says one of the biggest mistakes many yellow bean farmers make is intercropping the crop which affects production.

“Farmers are discouraged from intercropping yellow beans with crops like maize as that affects quality. When intercropped with maize, they acquire a whitish colour,”  he says.

Disease and pest control is also key in bean farming, explains the farmer.

“Pest and diseases are controlled through spraying failure to which, quality and quantity of production will be affected,” he adds.

For quality production, Chanzu advises farmers to purchase seeds from certified sellers or from the Kenya Agricultural and Livestock Research Organisation (Kalro).

However, he says getting the right seeds is not an assurance for high yields as there are a lot of substandard herbicides and pesticides in the market which water down any other best practice applied by a farmer.

Chanzu says he has been a victim and urges the government to put in place necessary measures to cushion farmers against unscrupulous traders who only care about profits.

“It is unfortunate that substandard chemicals have flooded the market, an issue that makes farmers incur huge losses,” he notes.

Chanzu says another challenge that gives him sleepless nights, is the changing weather patterns as sometimes it is hard to predict whether the rains will be sufficient or too much for his crop. 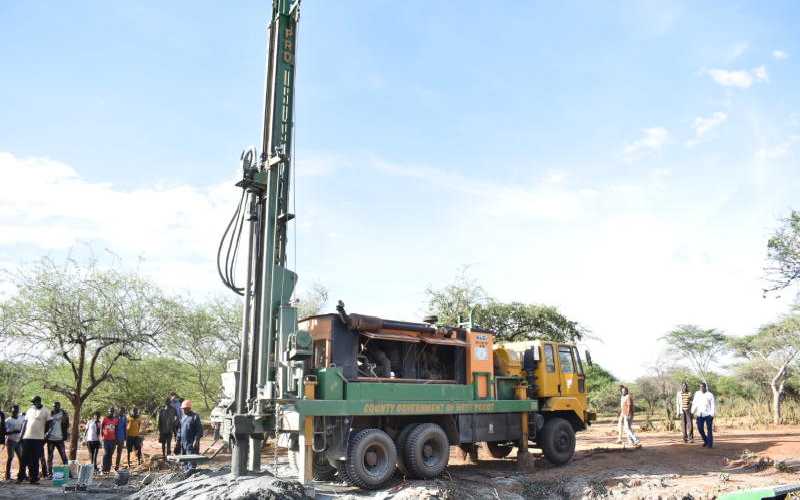