Smart Harvest
By The Conversation | 1 year ago 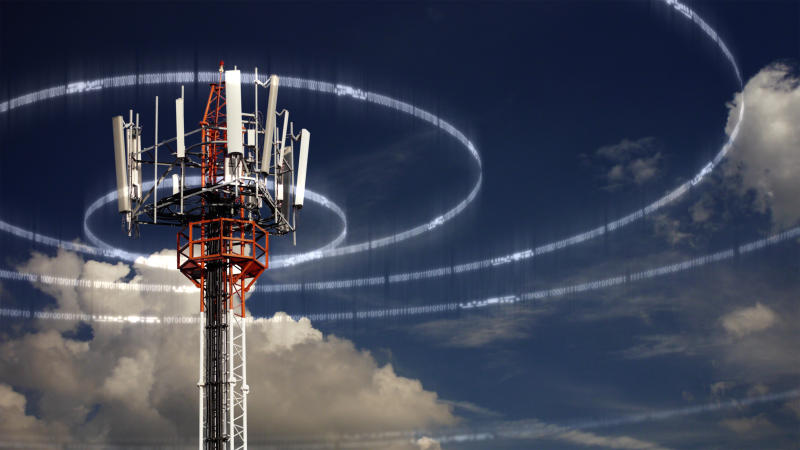 Many developing economies suffer from a lack of reliable rainfall measurements due to a lack of funds and a shortage of equipment such as gauges and radars. Even if countries are equipped with these monitoring instruments, they all have limitations.

Rain gauges, meteorological instruments that collect falling water drops, only provide a very local observation. However, the intensity of rainfall can be completely different from one location to another, sometimes even if it’s less than a few hundreds of metres away.

Radars use radio waves to get precipitation estimates, but they may not always be efficient. For example, their beams might get blocked in mountainous regions.

Earth-observing satellites can also provide estimates of rain. These are made from space, using remote sensors. However, the spatial images are coarse, making it hard to analyse rainfall distribution across small areas on the ground.

These constraints pose problems when it comes to monitoring crop yields because many smallholder farmers in developing economies rely on rain-fed agriculture.

Accurate precipitation measurements are essential to farmers. For example, for prevention of over irrigation – this would lead to water saving and more efficient use of fertilisers. Accurate measurements are also desirable for rainfall-based insurance, an important resource to mitigate risk for farmers in developing countries.

Commercial microwave links are wireless connections which transfer data between mobile phone towers. These links are widely deployed, several tens of metres above the ground, by mobile phone providers all over the world.

Rainfall reduces the signal strength of radio beams between the transmitting and receiving towers. As a result, it can estimate how much rainfall there is based on changes in the quality of the electromagnetic signals. The system can be configured so that signals between towers are recorded over short time periods; for instance, every 15 minutes. This makes it useful for rain monitoring.

This method has been demonstrated in various places across the world, including Israel,The Netherlands, Germany, the Czech Republic, and more.

In recent years, efforts have been made by the academic community and the private sector to promote the application of this technique in developing countries. However, in terms of scientific publications, until now only a few papers have been published.

In our research venture, we analyse data from a number of mobile phone providers.

An example of such a study recently demonstrated the possible advantage of commercial microwave links, over rain gauges, to detect rainfall in an agricultural field. This was at a tea farm in Kericho.

Rainfall estimates, acquired by a number of links, were compared with measurements from rain gauges located adjacent to them. While a compelling correlation was observed between the link measurements and rain gauges, the rain gauge method missed a complete rainy episode. Though the gauge is more precise, it provides only a very local observation.

This demonstrates that there’s huge potential in using microwave links in developing countries, where weather monitoring capabilities are often limited.

Many towers are installed in remote areas. This means observations can now happen in places that have been hard to access in the past or where rainfall has never been measured before.

Additionally, the implementation cost is low because the data is already collected and logged by many mobile phone operators in the course of their service quality.

Considering the mobility, and relative ease of installation of the wireless technology in the field, the total number of installed links will likely continue to grow, including particularly, in Africa. Therefore, the proposed method is expected to be available, and sustainable, into the future.

Commercial microwave links were designed for communication needs, not measuring rainfall. And so, major uncertainties in measurements do happen.

For example, in rural areas, since towers are sparser, the link lengths will be longer than in urban areas. Technically, in this situation the links are operated in beam wavelengths that are less sensitive to rainfall. As a result of the lower density of the link network and the lower sensitivity of each link in this case, readings will be less accurate.

Therefore, an ideal approach would be to use this technology as a complement to existing tools like rain gauges, radars and satellites. That being said, considering the many cases where there are no monitoring assets at all, the ability to provide information regarding rainfall in the area using mobile phone towers would still be invaluable.

One of the ways this information can be used is in rainfall-based insurance, an important resource to mitigate risk for farmers in developing countries.

Precipitation amounts are closely correlated to agricultural production, so this insurance pays out based on the rainfall measured (by a rain gauge, for example) as an index. A major concern with this insurance is that the contract will fail to properly reflect actual agricultural losses. One key source of this is the potential difference between the local rainfall experienced by farmers covered by such insurance, and the rainfall measurements used to calculate the indemnity.

[The study conducted in Kericho, was done alongside researchers Prof Zhongbo (Bob) Su, Prof Joost C B Hoedjes and PhD candidate Kingsley Kwabena Kumah at the University of Twente in The Netherlands] 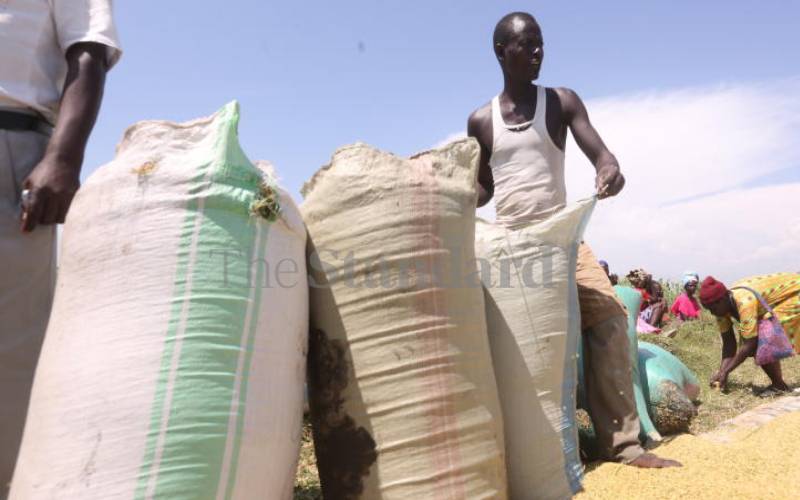 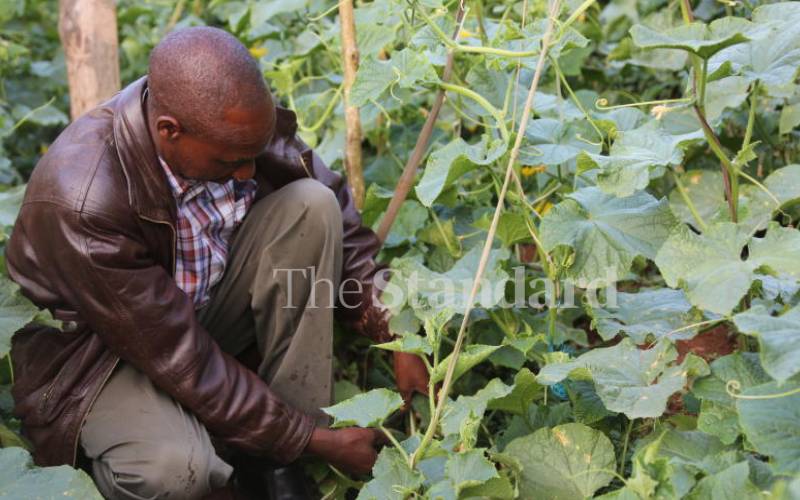 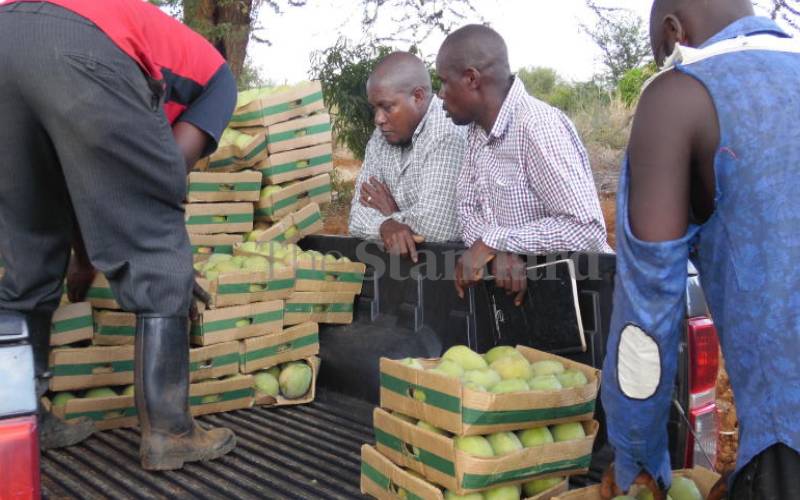 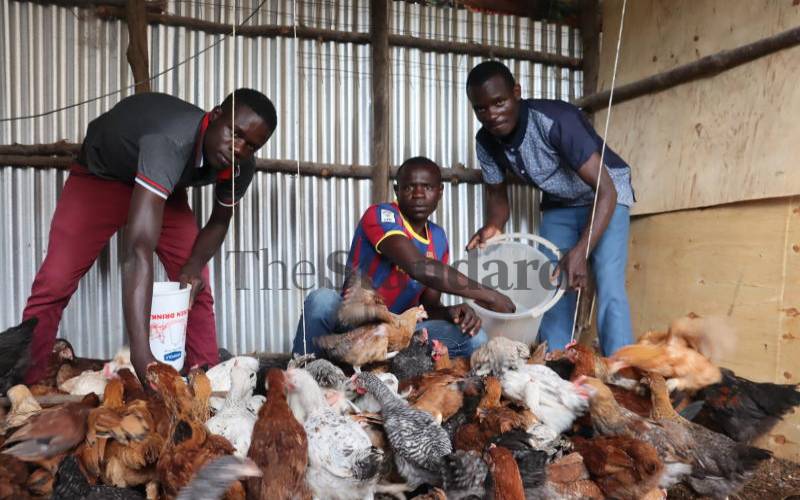 By Nathan Ochunge | 4 weeks ago