EU Commission to cut pesticides by half in 2030

The European Union's executive arm yesterday proposed setting legally binding targets to reduce the use of chemical pesticides by 50 per cent in 2030 and a ban on all pesticide use in areas such as public parks, playgrounds and schools.

The European Commission said the rules limiting the use of pesticides were too weak and have not been applied consistently across the EU.

A study by the group Pesticide Action Network Europe last month said the contamination of fruit and vegetables produced in the European Union with the most toxic pesticides has substantially increased over the past decade.

To facilitate the transition from chemical pesticides to alternative methods, farmers would be able to use EU funds to cover the cost of the new requirements for five years, the European Commission said.

The commission also wants to introduce a law aimed at repairing environmental damage by 2050. “The aim is to cover at least 20 per cent of the EU’s land and sea areas by 2030 with nature restoration measures, and eventually extend these to all ecosystems in need of restoration by 2050," the commission said.

The proposed measure includes plans to stop the decline of pollinators by 2030 and then increase their populations. In recent years, there’s been an alarming drop in bee populations, which has stoked fears of an ensuing impact on crop production.

According to the European Parliament, about 84 per cent of crop species and 78 per cent of wildflowers across the EU depend to some extent on pollination, and almost 15 billion euros (Sh1.87 trillion) of the bloc’s annual agricultural output “is directly attributed to insect pollinators.”

The proposals need to be endorsed by EU lawmakers and member States. “When we restore nature, we allow it to continue providing clean air, water, and food, and we enable it to shield us from the worst of the climate crisis,” said commission Vice President Frans Timmermans. 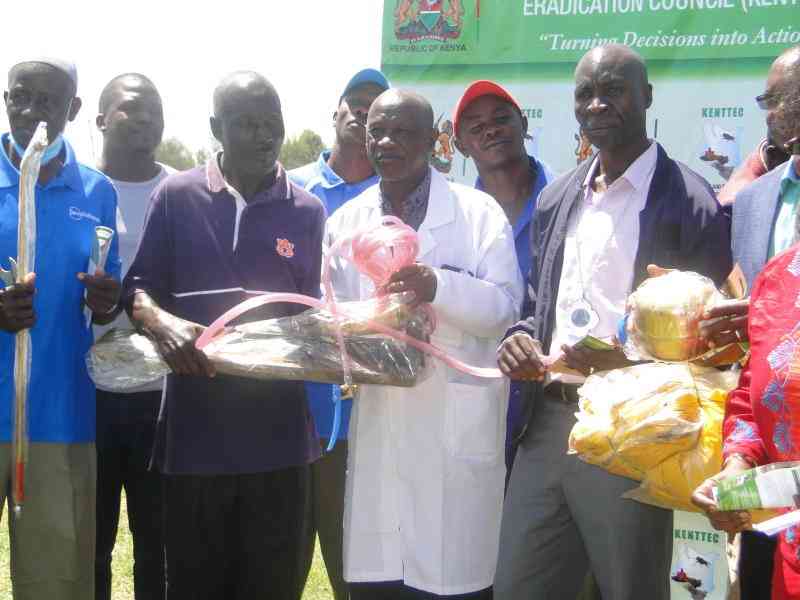 Farmers trained on disease and tsetse fly control
The Ministry of Agriculture has embarked on sensitising and training farmers on disease and vector control.
News
By Isaiah Gwengi
1 month ago

Interested in the rabbit business? You do not need a lot of money
The most popular breeds used in the meat industry are New Zealand White, California White, Flemish Giant, French Ear lop, Chinchilla and Dutch.
Livestock
By Dr Paul Kang’ethe
16 hours ago
.

Interested in the rabbit business? You do not need a lot of money
Livestock
By Dr Paul Kang’ethe
16 hours ago
Why you should not feed rotten grains to cows
Livestock
By Dr Joseph Othieno
15 hours ago
Premium
Farmer's fortunes changed by growing cassava
Crop
By Japheth Makau
2 days ago
Kirinyaga farmers take up organic farming
Crop
By Jane Mugambi
2 days ago
Climate Change: Grazing systems cut ASAL Kenya drought risk
Livestock
By Kelley Boss
2 days ago
.