News
By Antony Gitonga | 1 month ago

The overuse of chemicals in farms and deforestation has adversely affected honey production forcing consumers to rely on imports.

This has been worsened by an influx of cheap and adulterated honey from both local and international traders.

In the last couple of months, the county has recorded heavy spraying targeting desert locusts, a move that has led to the killing of thousands of bees.

To reverse this worrying trend, Kenya Agricultural and Livestock Research Organisation (Kalro) has partnered with Premier Foods Ltd to address the challenges facing the apiculture sector.

Under the partnership, Kalro will develop technologies to increase honey production and address the issue of post harvest losses among others.

According to the Dr Evans Ilatsia, director in charge of Kalro centre in Naivasha, Kenya has the potential to increase its honey production.

“Many farmers have challenges in identifying the right types of bee-hives and value addition and this partnership will address this,” he said.

The director expressed concern over the ongoing spraying of locusts noting that it had massive effects on bee-keeping and honey production.

“The chemicals are also killing bees which are also insects and this will definitely have effect on honey production as bees are critical in pollination,” he said.

Joseph Choge, the CEO Premier Foods Ltd, said through the initiative, the objective is to increase the quality and quantity of honey in Kenya.

He noted that for years, farmers involved in bee-keeping had been forgotten despite the potential in the sector hence their goal to empower bee-keepers.

“For years, farmers had challenges in harvesting maximum yields due to poor seeds and farming methods but we have moved in to close that gap,” he said.

Nicholas Kahiga, the head agronomist at Industrial Promotion Services, said the country could not sustain its honey demand and was relying on Tanzania.

He said studies had proven that the bee population in the world was on the decline mainly in Europe and the US due to over use of land.

He admitted that the market had been flooded by honey laced with additives and challenged Kenya Bureau of Standards to address this.

“The ongoing spraying and destruction of forests has had a negative impact on honey production and we hope this venture with Kalro will give farmers an alternative,” he said.

Dr Eliud Kireger, the Kalro Director General said, farmers have been advised to stop unsafe use of chemicals in farm production.

“Bees are very critical in cross-pollination but we have recorded cases of deaths in Baringo County due to excess use of chemicals to control the fall-army-worm,” he said.

Baringo is the leading producer of honey in the country.

In a bid to bridge the gap, he said the country which had the potential of producing 100,000 metric tonnes was importing the product from Tanzania and Australia.

“The country earns Sh4.5 billion from honey every year and we have to import the deficit yet we have the ability to produce more if farmers are supported,” he said.

He said the Ministry of Agriculture was working on a policy to address the issue of quality standards of honey.

Dr Remy Tuey, the director Api-culture Institute in Marigat, projected that the country’s annual production would hit 35,000 metric tonnes in five years. He said the use of chemicals to control pests had impacted negatively on honey production. But there is hope.

By Brian Kisanji | 4 days ago

By Lydia Nyawira | 4 days ago 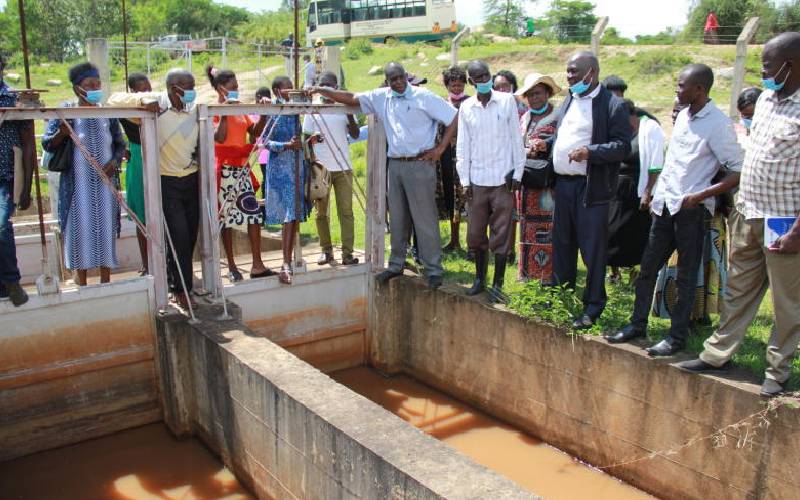