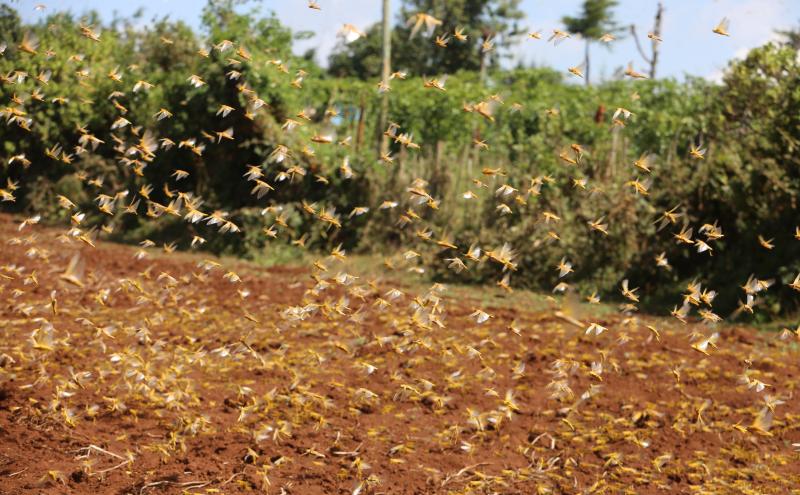 UN’s Food and Agriculture Organization (FAO) has warned that lack of funds could derail the fight against locust menace in East Africa.

FAO told its partners during a virtual event on Tuesday that its entire fleet of aircraft used to combat the locusts in the region could be grounded entirely if it doesn’t get funding of about $38m.

“A locust fighting force assembled by countries in East Africa to combat an invasion of the crop-devouring pest is at risk of seeing its activities grind to a halt as funding to sustain its operations dries up,” FAO said.

It added; “Without additional financing for fuel, airtime, and pilot hours, the 28 anti-locust aircraft which are now patrolling the skies to spot and spray locust swarms could cease operations in March.”

FAO Deputy Director-General Laurent Thomas highlighted the gains they had made in fight against the locust menace which would go in vainin if the funds are not allocated.

"There is a real possibility they could bring this upsurge to an end this year, but they need to be able to continue doing what they are doing, without faltering,“ Thomas said.

The organisation had warned that new swarms of locusts in southern Ethiopia and northern Kenya were spreading further in the eastern Africa region.

“In Kenya, immature swarms continue to arrive and spread throughout the north. So far, swarms are present in four counties (Wajir, Garissa, Marsabit and, most recently, Isiolo). Breeding continues, and hopper bands are present in the southeast near Taita Taveta and along the coast,” FAO said.