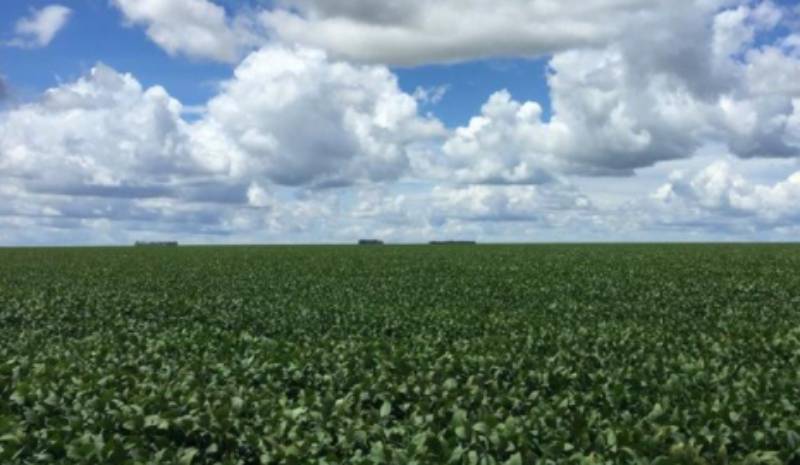 Brazilian farmers in the north and northeast of the country, regions dominated by the Amazon rainforest and Cerrado savanna, are expected to expand their soy fields by more than 6% in the 2020/21 crop season, the fastest rate in four years.

Separate forecasts from consultancies Arc Mercosul and AgRural show that in percentage terms the regions will be the fastest growing in all of Brazil for soy. Both outfits forecast the regions to add more than 350,000 hectares (865,000 acres) this crop season.

The north and northeast include areas considered the frontier of Brazilian agriculture, such as the mostly savanna region known as Matopiba - the states of Maranhao, Tocantins, Piaui and Bahia - and the southern part of the Amazonian state of Para.

The soy fields will expand into newly deforested areas, previously created pastures, and marginal lands, thanks to the record profitability of planting soy, the consultancies said. U.S. soybean future prices hit two-year highs on Wednesday, spurred by demand from China and financial funds.

Farmers say that Brazilian law allows them to deforest a certain percentage of their property, which varies by region.

The federal government, meanwhile, has praised the farmers for feeding the world. Brazil is the biggest global exporter of soy and related products.

Brazilian farmers selling in the real currency are benefiting from its weakness against the dollar and have already pre-sold around 50% of the 2020/21 crop, with planting starting this month in the center-west region.

“With these prices, the area will grow wherever it can,” AgRural analyst Adriano Gome said in an interview.

AgRural is projecting the soy-growing area in the north and northeast to increase by 6.4%, while Arc Mercosul expects 6.8% growth.

The center-west, which includes top producing state Mato Grosso, is predicted to add the most area in absolute terms, growing by 2.8% or 463,000 hectares.