What is causing your chickens to lay soft-shelled eggs? 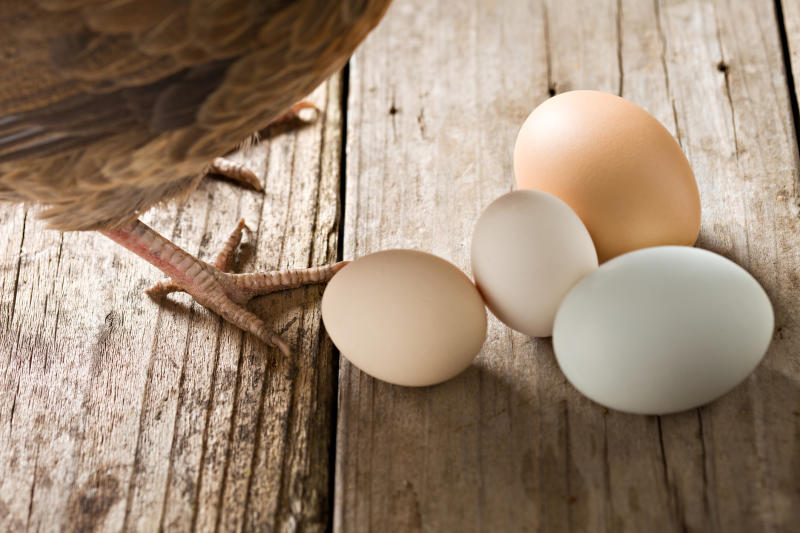 ALSO READ: What you need to know about coccidiosis disease

There are three common causes of soft-shelled and shell-less eggs in chicken. The most common cause is the lack of Calcium in the hen’s diet. A tremendous amount of Calcium is used to form each eggshell. An eggshell is comprised of 95-97% calcium carbonate crystals help need to have a continuous supply of calcium to replace what is lost through egg production.

At the first sign of soft-shelled eggs consider feeding your flocks more calcium dietary imbalance is the second most common cause. Chickens love treats. It can be very tempting to overindulge your birds' desire for treats and get rid of unwanted leftovers and kitchen scraps. However, feeding to many treats usually results in the bird not eating their layer feeds which is balanced with proteins and calcium.

Ideally, only 20-25 per cent of a chicken’s diet should come from treats. If you are finding soft-shelled or shell less eggs, consider adjusting their diet.

The third most common cause is bullying. Some friends suffer from terrible hen pecking issues. Tormented, subordinate birds are emotionally and physically affected by being constantly attacked. A hen pecked bird will often lay misshaped eggs and you may wonder why have my chicken stopped laying. This problem can all be due to stress.

To a certain degree, the chicken must out the pecking order among themselves without human interference. However, if the bullying in your flock has become vicious and ongoing, you should intervene.

One remedy for serious hen pecking is to use bits on aggressive chicken. A chicken bit is a plastic ring that is fitted on to a bird’s beak and prevents behaviours such as feather pecking. If calcium and dietary deficiencies or stress at the root of soft-shelled eggs or shell less eggs in your hens, then you need to consider some of the less common causes.

Soft-shelled eggs can also be caused by parasites, diseases and poor genetics.

ALSO READ: What you need to know about Fowlpox

Lice and mice infestations may stress your hen to the point that she is unable to lay normal eggs or unable to lay at all. Eradicating parasites can cure soft-shelled eggs and shell-less egg production caused by this issue.

Diseases such as avian flu, respiratory infection, Newcastle’s, Egg Drop Syndrome and many others also lead to soft shelled and shell-less eggs. Generally, there are no effective treatment against diseases. Either a disease will clear up in time on its own, or end up killing your chicken. A hen that was once ill with these sorts of diseases may be as hardy layer upon recovery.

Lastly, genetic defects can sometimes cause soft shelled or shell-less eggs. A hen simply might have a chronically diseased uterus or defective uterus that is unable to properly deposit a shell over an egg. Such a genetically deficient hen should not be used for breeding stock. It is in your best interest to cull these defective birds.

This article is adapted from the Animal Focus Magazine Volume 1 Number 2 by The Kenya Veterinary Association.