News
By Wainaina Ndung’u | 11 months ago 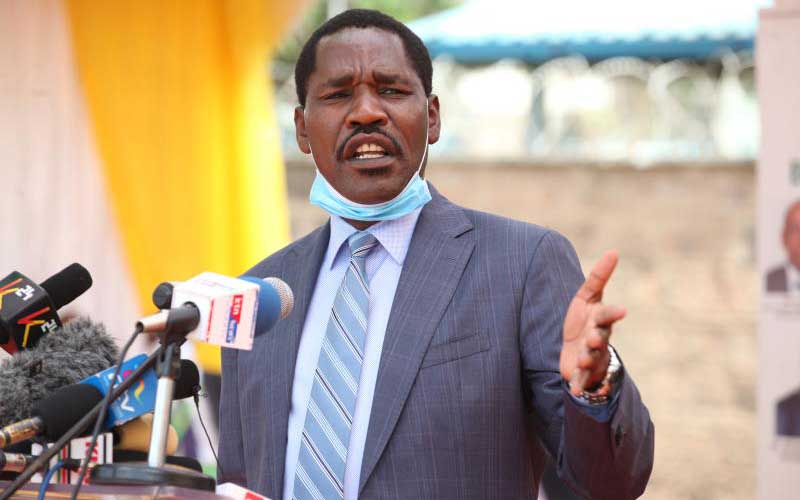 Miraa farmers and traders have opposed a decision to commit Sh310 million meant for a credit scheme to a new sacco.

The Agriculture CS Peter Munya (pictured) said in Meru on Saturday that individuals and institutions wishing to access the kitty should subscribe to the Mwenge Miraa Sacco, which has been appointed the official disbursement institution of the kitty.

The kitty was established under the government injection of almost Sh1 billion to aid the sector after devastating export bans in Europe.

Other funds in this budget run under the Crops Department went to the establishment of market sheds, sinking boreholes and building water pans in the khat growing regions mainly in Meru North, Mbeere in Embu and in Tharaka Nithi County.

The Sh400 million for the credit scheme should have gone to the Commodities Fund, according to proposals by the Miraa Task Force Report Implementation Technical Team that was over-sighting the khat projects but Munya said Sh90 million of that was spent on administration costs.

“The Commodities Fund is an agency under the Ministry of Agriculture and the CS cannot take away its mandate unless he is saying he has lost confidence in an entity under him,” the chairman of Nyambene Miraa Traders Association Kimathi Munjuri said.

But the CS denied claims that he is linked to Mwenge Sacco or that there was planned exclusion, saying an individual can’t own a Sacco and that there was nothing fishy in the original promoters of credit society being his allies.

“I am not there to not only implement what others approved but also make my own interventions,’’ Munya said. He added that they were looking at the best model that can get money to farmers without intermediaries.

“This sacco is open to any miraa farmer, and it already has more than 10,000 members. We shall even consider rebranding it,” added Munya. Farmers are required to pay Sh500 to join.

Miraa Farming Tips: From planting to the market - Eye on County

By Erastus Mulwa | 3 hours ago

By Brian Kisanji | 1 week ago