Market
By The Conversation | 2 months ago 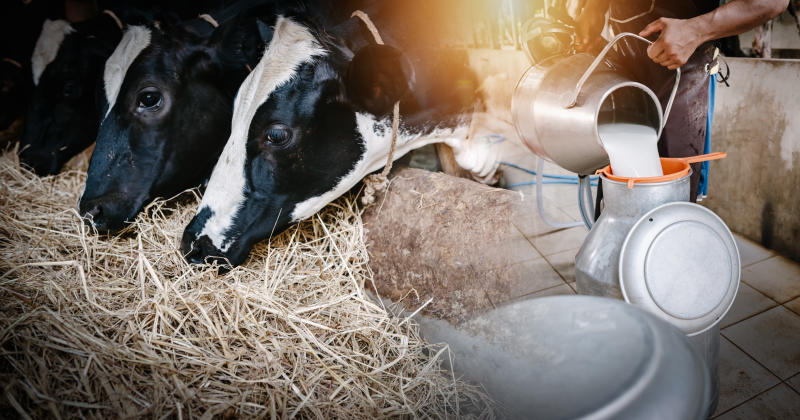 Kenya’s dairy sector is estimated at 14 per cent of Kenya’s agricultural Gross Domestic Product. Milk is primarily produced by smallholder dairy farmers who account for 56 per cent of total output. It is estimated that the sector has 1.8 million smallholder farmers (about 80 per cent of producers). The remaining 44 per cent of milk output comes from large commercial farmers.

Dairy cattle in Kenya consist of indigenous and exotic breeds; as well as crosses between the two varieties. There are more than five million dairy cattle producing an estimated four billion litres of milk annually. Milk production is projected to grow by about 150 per cent by 2050. Kenya has the highest per capita milk consumption in sub-Saharan Africa, at 110 litres. The demand, currently at 8 billion litres, is also expected to grow with the population increase. The government has therefore prioritised the industry in national strategy and plans, such as the Agricultural Sector Transformation and Growth Strategy (2019-2029) and the president’s Big Four Agenda. There’s also a dairy master plan to guide the development of the industry up to 2030.

Based on our studies at the Egerton University’s Tegemeo Institute, the dairy industry in Kenya is yet to reach its potential. To make it competitive, all players must work together to improve productivity at farm and improve efficiency of dairy markets. Firstly, a dairy animal’s milk yield is determined by its genetic composition. Exotic cows produce much higher volumes compared to indigenous breeds. But indigenous breeds are hardier and are able to withstand harsh conditions.

The choice of breed is informed by production system, ability, experience or expertise of the farmer, and environmental factors such as climate. Artificial Insemination is the most preferred method to improve animal breeds. The artificial insemination was previously offered by the government but the service was privatised in the late 1980s as part of Kenya’s Structural Adjustment Programs. This was meant to improve the reach to farmers by private service providers.

The government supports the AI service providers by subsidising prices. The number of service providers has significantly improved, cost of the service has dropped and the access distance reduced. However, the quality of services still varies across regions. Improving regulation and supervision of insemination, and enhancing the supply of supporting infrastructure such as semen storage, will improve the genetic composition of dairy animals.

Fodder varies in quality based on nutrients. High quality fodder are grown. Fodder yield depends on seed quality and farm level agronomic practices. Furthermore, a farmer must have know-how on mixing different types of fodder to attain the nutrition level required by the animal. Therefore, improving farmers’ knowledge is critical. The cost of feed and fodder varies by the production system. In intensive production systems, feed and fodder account for 55 per cent of the cost of producing a litre of milk, while it’s 44% in open grazing systems and 37 per cent in semi-intensive systems. For producers under intensive systems, the high costs erode profitability despite productivity being highest.

Rising costs of commercial feeds drive the cost of production up. Feed prices have continued to rise even after government waived the duty on imported raw materials. There’s also policies such as the ban on genetically modified products which prevent feed manufacturers from accessing cheaper raw materials.

Animal husbandry plays a critical factor in improving productivity. This is directly affected by farmers’ access to extension services. Farmers in high potential dairy production areas have formed cooperatives. These provide extension services in some areas following the collapse of government services. However, this strategy primarily benefits farmers in high dairy production areas, mainly under extensive systems and partly in semi-extensive systems. Development partners and civil society organisations have further strengthened the role of cooperatives in delivering knowledge and technologies to farmers. Cooperatives have suffered from governance problems, causing exit of members. The Ministry of agriculture in December 2021, reviewed the Cooperative Act in a bid to tighten the policy framework. But a stricter supervision and punishment for those abusing position of trust, can improve appeal of the societies.

Animal health affects both productivity of milking heads and the quality of milk. Responsibility for animal health is shared between the national and county governments. Both have been working to enhance disease monitoring and surveillance by launching vaccination campaigns, especially in the open grazing areas. Regulation of veterinary service providers remains critical, especially as it pertains to safety. Issues such as microbial resistance in both humans and animals has been linked to misuse of medicines. The government has a policy to address this. However, stringent implementation of measures on animal health and food safety is required.

The marketing of milk and dairy products remains a key talking point for the industry. The informal market dominates the raw milk segment. This is because there are a large number of smallholder producers who are not organised in groups or cooperatives.

The informal market offers a higher return to producers. A key criticism is that the milk is unsafe due to poor handling or adulteration. Defining and enforcing food safety standards for milk value chain can improve safety.

The standards should define how milk is handled, transported and packaged. Awareness among actors and consumers in the informal market could have greater results in ensuring the safety of milk to consumers.

Government policy encourages value addition and processing by cooperatives, but progress has been slow because of market concentration at processing. The largest processor controls more than a third of the market, and two processors control two-thirds of the market. The regulator should regularly monitor changes in market structure to ensure farmers receive competitive prices.

To support cooperatives in value addition, both the national and county governments have distributed milk coolers to cooperatives. However, most of these remain collection centres for processors, and few have engaged in processing. Besides, milk imports and dairy products from neighbouring countries such as Uganda, are favoured by consumers because of lower prices.

Other key challenges affecting the sector include access to capital for both farmers and value chain actors. This prevents critical investments in the industry. Furthermore, supply of public goods such as improved rural roads adversely affects the collection and delivery of milk, especially during the rainy seasons. 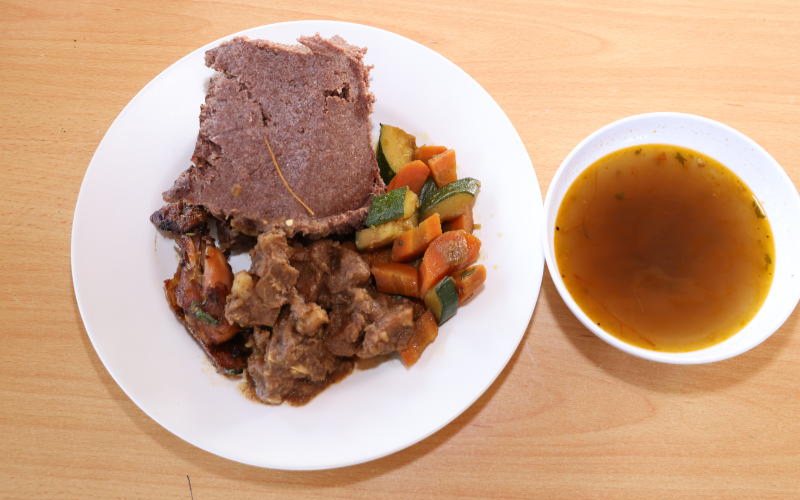 Give maize a break Try me some sorghum
Sorghum is drought-resistant, therefore quite popular in drier areas. In Kenya it is grown in Western, North Rift Valley, Eastern and some parts of Central.
Crop
By Kelvin Ogega
2 months ago