Due to the harsh effects of climate change, natural water bodies such as rivers, swamps and lakes are drying up in different parts of the country and world over at alarming rate affecting the lives of humans, livestock and wildlife who entirely depend on them. But is there hope?

Millions of people depend on river Ewaso Ngi’ro

Ewaso Ngi’ro River supports livelihoods of people a long the river. It finds its source on the north-western slopes of the iconic Mt Kenya and Aberdare ranges, and flows through Kenya’s highlands of Nyandarua, Nyeri, and Meru and through arid and semi-arid lands of Laikipia, Samburu, Isiolo and Garissa counties into the Merti Aquifer and Lorian Swamp in Wajir County, after which it passes through Somalia, joining the Jubba River.

The river which is a lifeline for over four million people and seven million animals in the nine counties, now on the verge of drying up.

In an effort to advocate for protection and restoration of Ewaso Ng’iro, river ecosystem, securing livelihoods and promoting peaceful co-existence among the communities, an annual Camel Caravan by The Ewaso Ngíro North Development Authority (ENNDA) in conjunction with other partners such as Impact, World Peace Service, Isiolo Peace Link, pastoralist communities among others.

The Camel caravan has been up and running since 2013 as a five-day annual journey for climate change adaptation and peaceful co-existence along the Ewaso Ng’iro River in Kenya. The purpose is to promote shared understanding of threats facing the river, along with the cooperation needed to lessen them. The theme for this years’ caravan was “Pamoja Tuhifadhi Ewaso Ngíro”.

Camels are used because they are resilient animals and symbolise the communities’ resilience and willingness to adapt to climate change. Indigenous communities such as Maasai, Samburu, Somali, Borana, Gabra, and Rendille participated in the caravan. Over the years the caravans have produced several good results, including the halting of a planned mega-dam along the river.

Water is a connector of people and source of conflict

According to John Tingoi, who works with Impact, this annual caravan by community members is an innovative peace initiative which take place along 300km of river way, emphasising on the importance of water to this arid area and its dual role as a connector of people and source of conflict.

“The Caravan facilitates two types of community interaction. First, it is a shared space in which communities meet and come to see that they share problems. Second, it offers political and traditional leaders an opportunity to discuss issues and reach a wider national and international audience and effect political change. Communities also showcase their individual cultures through awareness meetings held along the river”, Tingoi added.

The Caravan, according to Batula Ali Maalim, an officer from ENNDA, has three goals: highlighting issues facing the river, including proposed infrastructure projects; exposing illegal activities by agricultural and horticultural companies; and promoting sustainable national water management approaches in the face of ever-increasing international demand for flowers and organic food.

Communities speak with one voice against external threats to their livelihoods

Moreover, Batula noted that, the caravan route traverses the terrain of various ethnic groups and provides opportunities for encounters, chipping away at stereotypes that groups may have of one another. It also creates a platform to jointly address issues of marginalisation, using the river as a starting point.

This crucial caravan has become an ongoing process with river-basin communities. It has spillover effects with community-based peace initiatives and helps to foster mediation in cases of conflict, sometimes without the involvement of State security actors. This informal space for encounter has increased interaction between the river’s various ethnic groups and, equally, enabled communities to speak with one voice against external threats to their livelihoods. This has culminated in a regular political dialogue between county leaders along the river.

Afforestation is the way forward

It has lobbied successfully for the removal of illegal water obstructions by government security agencies. Also, counties have ratified legislation to outlaw practices harmful to the river such as deforestation and sand harvesting in the downstream, and established a forum to liaise in efforts like tree planting to protect the catchment areas around Lake Olborosat. 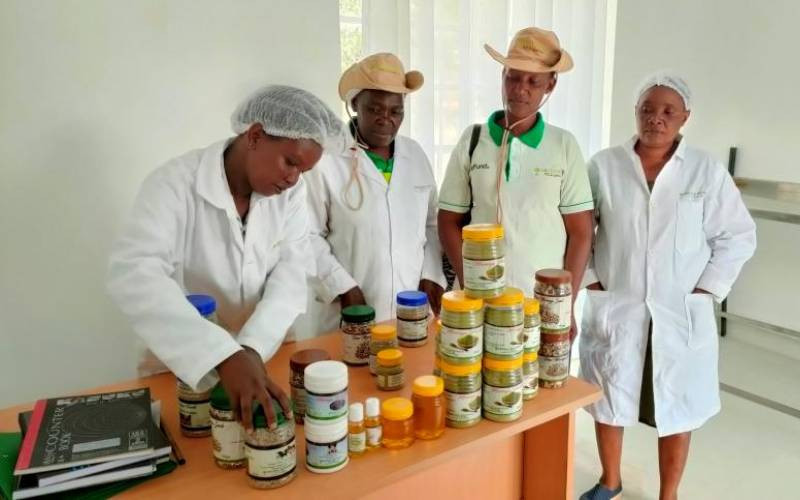 Farmers found livelihoods farming moringa
Moringa is a hardy plant therefore can survive in dry areas with benefits in economic, social or nutritional and ecological.
Crop
By Nanjinia Wamuswa
1 month ago