When Silas Yego migrated from his ancestral home in Nandi County to settle in the then white dominated Trans Nzoia County in 1965, his dream was to turn his father’s 20-acre plot into a thriving farm.

Now at his Naisamabu farm, on the outskirts of Kitale town, the African Inland Church-Kenya retired presiding bishop practises mixed farming and his is among model farms in the region.

“At the onset I had no background in farming since my father died when I was still a child and we have struggled all through. Besides, all my prime years were spent in the church. But the Lord has been faithful and blessed me,” says Bishop Yego.

He says for a person who served in the church for almost a half a century, owning a thriving farm was like a mirage. He retired in December last year after serving as the AIC-Kenya presiding bishop for 18 years.

“I never imagined that one day my farm would be among the model farms in the region with a modern dairy and thriving crops,” he says.

He says Moi would invite him to his Kabarak home for prayers after which they would tour his expansive farm and that inspired him.

“The dairy unit got my attention the most. President Moi told me how he started farming and advised me to start small and remain focused in the venture and the results will be enviable,” says Yego.

And many years later the retired prelate has turned the once isolated plot into an exemplary farm, with the dairy unit raking in over Sh300,000 monthly from sale of milk.

“I can say the farm satisfies my daily family expenses and in some instances has helped me in missionary work locally and internationally,” he says.

The dairy unit constructed at a cost of over Sh1.5 million stands out in the farm, stretching over an acre, with 40 feeding stalls and a corresponding number of resting stalls. The calf pen has 20 units. All are erected with steel bars and iron sheets and well ventilated.

The cows produce 200 litres of milk daily, with the high yielding cow giving up to 36 litres of milk. He has installed two milking machines.

The farm has 70 cows under full zero grazing, and 19 are currently lactating.

The dairy unit is subdivided into a milking parlour, feeding and watering section, resting area, calf pens and their feeding sections, store and office. At the entrance is a footbath to disinfect those entering and ward off infections.

Male calves are sold off at between six and eight months, at a minimum price of Sh15,000, depending on the size.

All animals are grouped according to their age and production to ease feeding and the kind of feeds they consume. Those producing less than 15 litres of milk per day are culled.

The resting rooms have mattresses, which according to Bishop Yego, make the animals stress free and are regularly kept clean.

His journey has been that of sheer determination, resilience and hard work occasionally experiencing losses.

“There was a time I bought two dairy cows from the ADC but when they calved, their production was not encouraging. I then decided to cull them despite having purchased them at very high prices and started improving the breeds we had through Artificial Insemination,” he says.

“We buy ingredients used in making dairy meal, which is cost effective,” he says.

“Zechariah 4: 10 says, ‘do not despise these small beginnings, for the Lord rejoices to see the work begin’. I pride in this verse because the five cows I started with have now multiplied to over 70. I own Freshians, Ayrshire, Guernsey and Jersey.

“This is what Mzee Moi instilled in me,” he says.

He has employed 15 workers with various skills to help him manage the farm.

He says he is the supervisor because of his little knowledge in farming.

Albert Chesire, the farm manger, says record keeping is of essence since it allows them to adjust feeding and detect infection early.

“High yielding cows are fed with more feeds to maintain their productivity. For those that are about to calve, the feeds are adjusted accordingly to ensure the desired amount of milk is achieved,” says Chesire. 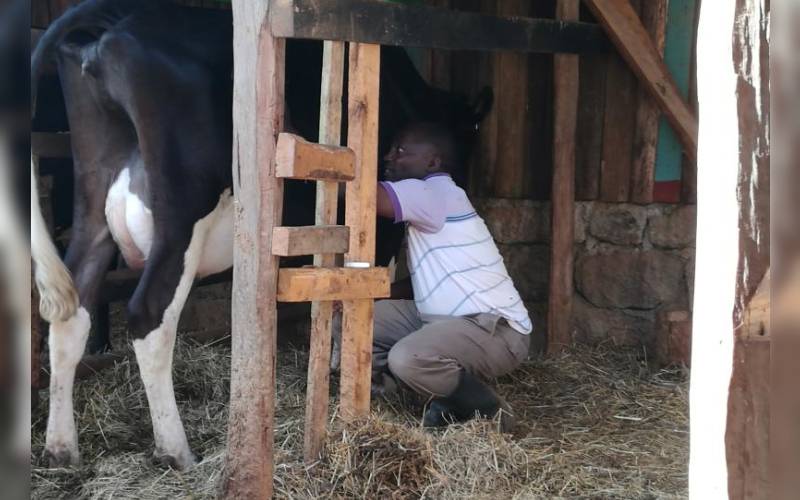 Vegetable farming: no need for pesticides
Use of hands to remove toxic materials such as debris and pests is the most common method used by farmers.
Crop
By Dr Paul Kang’ethe
8 hours ago
. 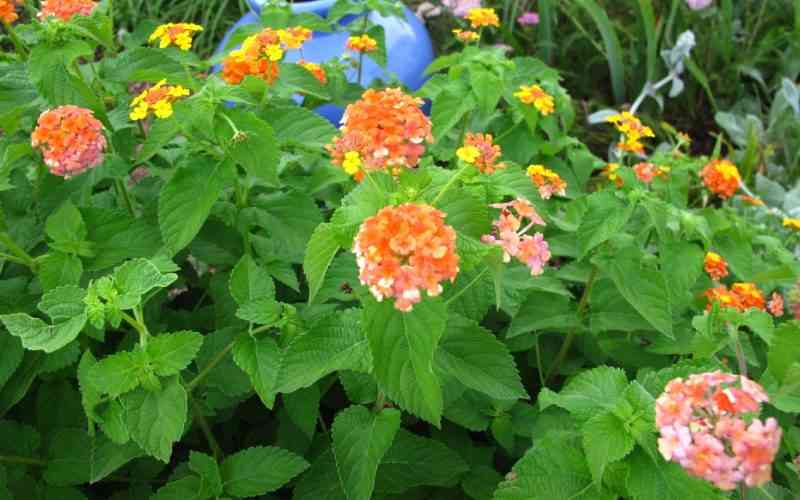