How to tell if your animal is on heat

Female animals have a particular period when they willingly allow mating with the males. This period is known as the heat or estrus period.

But what is Estrus or Heat?

It is a recurring period when a female animal is fertile and sexually ready to mate or be serviced. Servicing is the act of mating between male and female animals.

Estrus is an important aspect of animal breeding because it determines how fast your herd increases. If heat doesn’t occur, there is no pregnancy. Estrous cycles start after puberty in sexually mature females and typically continue until death.

After puberty, a heifer has regular estrous cycles every 21 days (the normal range is every 18 to 24 days). The estrous cycle of ewes lasts 17 days and 21 days for the doe. A gilt or sow has a 21 days cycle.

So how do you tell when a female animal is on heat?

As a breeder, it is critical to know signs of an animal on heat because it will be used to determine when it is time to introduce a male to the female animal or inseminate her.

There are uncommon occasions where a female animal doesn’t show any sign of heat, but fortunately, the male animal would detect the readiness of the female. So, that is why it is good to have teaser males among your animals. A teaser male is sexually sensitive but cannot impregnate your animal.

What are the Signs of Heat in Farm Animals?

These are basically signs that animals show when they are sexually receptive or fertile:

Watch out for the above signs if you plan to breed or inseminate any female animal. These signs are very visible in mammalian species like cattle, goats, sheep, pigs, horses, camels, and donkeys.

If a livestock farmer has female animals that don’t show the signs of estrus or heat, you need to introduce teaser males in order to know when the female animals are ready to be serviced. In addition, consult your Vet if you encounter challenges breeding your animals.

Animals on Heat How to tell heat
. 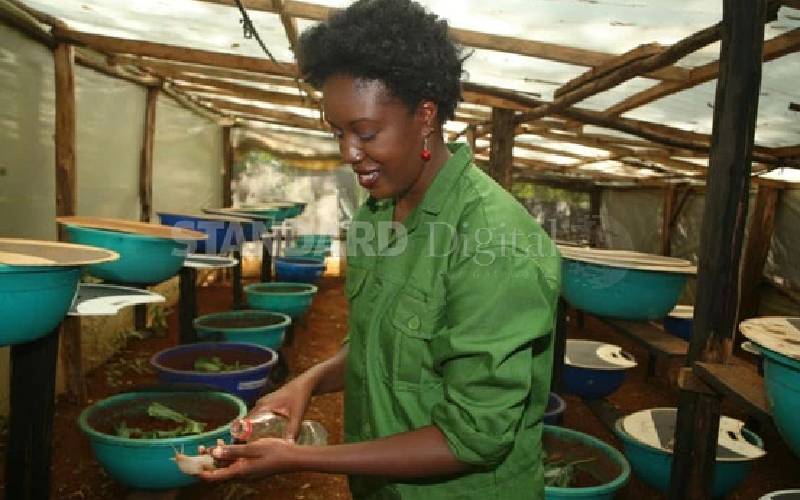 Rosemary Odinga on the good, the bad and the slimy of snail farming
The orders from high-end hotels became so overwhelming, I could not meet it.
Smart Harvest
By Kelvin Ogega
Feb. 15, 2022

Coffee theft push farmers to employ guards
Some of the culprits have also targeted the farms during the day while the families are not working.
Crop
By Kelvin Ogega
Dec. 01, 2022
.