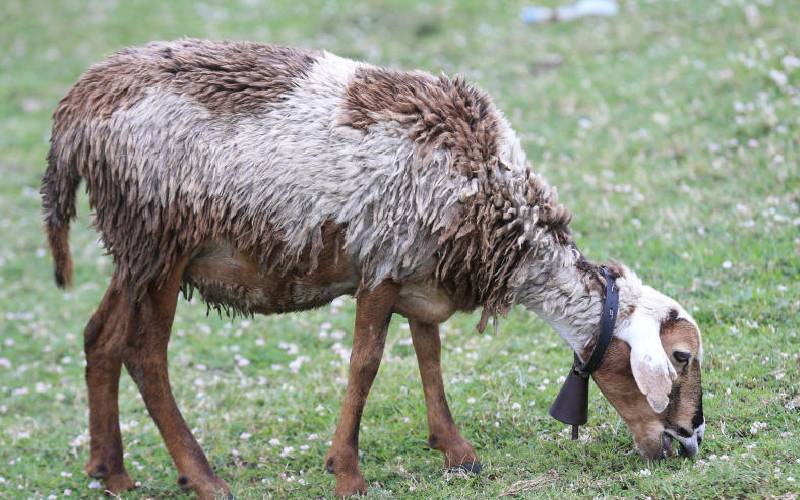 Nutrition plays an important role in the overall productivity, health and well-being of the sheep flock. Nutrient requirements of sheep vary with differences in age, body weight and stage of production. The five major categories of nutrients required by sheep are: Energy, proteins, vitamins, minerals and water.

When they are grazing, the sheep are able to derive the nutrients they require from pasture and a salt and mineral supplement. Pastures of mixed grass and clover, alfalfa and small grain serve as excellent sources of nutrition for growing lambs.

The nutrient requirements for lactating sheep/ ewes are lowest during maintenance but increase gradually from early to late gestation, and are at peak during lactation.

The three distinct stages of sheep production are: Three weeks before breeding, mid-gestation; and at weaning.

Beginning two weeks before breeding and continuing two weeks into the breeding period, ewes should be placed on high-quality pasture or supplemented daily with whole shelled maize or barley.

This management practice is called flushing and has been shown to improve lambing percentage by about 20 per cent.

Flushing works best with mature ewes that are in moderate body condition, and has been shown to be more effective for early- and out-of-season breeding than at the seasonal peak of ovulation.

Most prenatal deaths occur within the first 30 days after breeding and are usually associated with poor nutrition.

Pastures with more than 50 percent legumes should be avoided during breeding because legumes may contain compounds that reduce conception rates.

From breeding to six weeks before lambing, the ewe flock can be maintained on permanent pastures, small grain pastures, aftermath remains, or hay.

Fetal growth is minimal, and the total feed requirement of the ewe is not significantly different from a maintenance diet.

The developing fetus reach approximately two-thirds of its weight during the last six weeks of pregnancy. Rumen capacity may be limited with ewes carrying multiple fetuses.

It is therefore important to supplement ewes with 0.5 to 1 kg of maize/energy rich feed, in addition to their normal diet starting six weeks before lambing, to prevent pregnancy toxemia, low birth weights, weak lambs at birth and low milk production. Be careful not to over feed grain during late gestation, which could lead in lambing difficulty caused by large lambs.

When feeding lactating ewes with concentrates feed 0.5 Kg of grain for each ewe nursing the lamb. At all costs, avoid either over- or underfeeding ewes with grain supplements.

Natural pasture or high-quality hay provides the necessary vitamins required by most categories of sheep. Nevertheless, after a drought, or when low-quality hay or silage is fed, a supplement supplying vitamins A, D and E is highly recommended.

A source of clean, fresh water should be provided to sheep ad libitum/ at all times. The water should be kept preferably under a shade to keep it cool thus prompting the sheep to take as much.

Call for stakeholders to partner in poultry value chain deal