Yes, too much grains are poisonous to your cattle 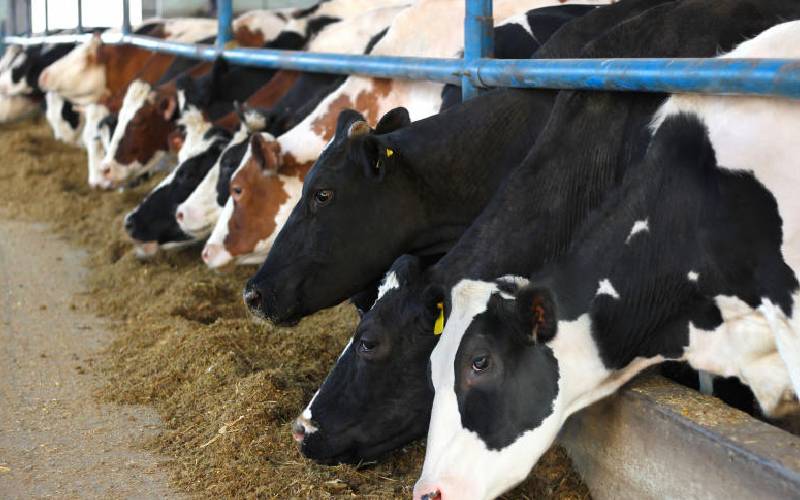 I am a regular reader of your informative articles in the pullout. I recently lost one sheep that I let to freely graze in a field that I had just harvested maize from. I thought it had a lot of grass which could be eaten by my sheep and cows. The sheep died on the second day while at the same time I observed the other sheep, goats and cows had diarrhoea and appeared weak. I immediately stopped the animals from grazing in the field and to my surprise they all recovered. Sadly, my cow which was pregnant at the time aborted two weeks later.

We slaughtered the goat and got lots of grain in its stomach. Could this be the reason why the goat died? [Ng’eno Richard, Kericho]

Thank you Ng’eno for reading us and most importantly for your feedback. From your description, this is most likely a case of grain overload sometimes referred to as grain poisoning or acidosis. Grain overload is common in cattle, goats and sheep and occurs when animals suddenly eat large amounts of grain. When ingested suddenly, the grains ferment and results in production of lactic acid. This leads to slowing of digestion, dehydration and death in most cases. Grain overload occurs in cattle, sheep and goats of any age.

Animals affected by grain overload are depressed, lay down, have sudden lameness, diarrhoea, dehydration, bloating (of the left side of abdomen). The diarrhoea is normally yellow and has a sweet-sour smell. Animals will usually drink a lot of water but after getting sick will not drink any. Recovering pregnant animals abort about two weeks later; just like was the case with Mr Ng’eno’s cow. If the condition is not treated, death normally follows after 24 to 72 hours.

Grain overload is common with corn and wheat. Cases like happened with Ng’eno are common especially where farmers let loose the animals to eat remnants after harvesting wheat or maize.

While cows will tolerate up to 12kgs daily of grain when slowly introduced, they may not tolerate 10kgs of sudden intake and will come down with grain overload.

Grain overload can be treated but this must be done urgently by a veterinary doctor who will decide on the treatment regime based on the severity of the disease. It includes drenching with saline fluids to alter the acidity or surgery to remove the culprit ruminal content and replacement with normal content from a slaughter house. Antibiotics are given in case of secondary bacterial infections which are common with grain overload.

The acidity causes injury to the stomach lining, interfering with digestion. Animals that have recovered from this disease will in most cases show poor growth rate as a result of this damage and should be considered for culling.

[The writer was the Vet of the Year Award winner and works in the Division of Communication and Vet Advisory Services within the Directorate of Veterinary Services; [email protected]]

Fears that next pandemic could come from farm animals