The value of camel milk and meat 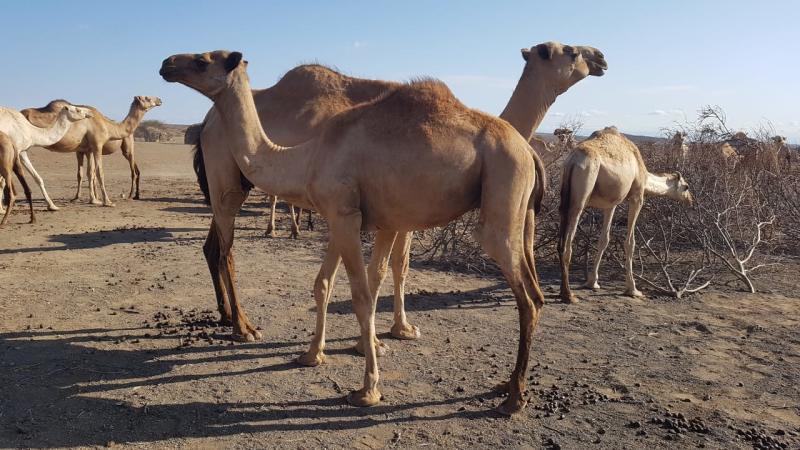 Camels are multipurpose animals. They are used for milk, meat and hide. They are also used for other purposes like transport, entertainment, celebration and competition as in racing and beauty show.

The camel is of significant socio-economic importance in many arid and semi-arid parts of Kenya and the world. Its milk constitutes an important component of human diets in these regions.

In order to produce milk, the female must be successfully mated and a calf must be born alive. The young calves can be a source of meat, especially those young males which are considered unsuitable for breeding. Old males and unproductive females are also a source of meat.

Camel milk is still the most important nutritional source for pastoralists in many African and Asian countries.

They produce more milk of high nutritional quality and for a longer period of time than other species in an environment that may be rightly termed as hostile in terms of extreme temperature, drought and lack of pasture.

According to research, camel milk contains protective proteins, which may have a role in enhancing immune defense mechanisms.

On the other hand, camel meat is a significant source of animal protein in many African and Asian countries, especially in areas where the climate adversely affects the production efficiency of other animals.

Camel meat is not universally eaten. In the pastoral communities’ camel meat is only eaten on special occasions that include festive gatherings following the return of the herd from grazing and ritual celebrations.

The meat yields depend on the age, sex, feeding condition and general health of the animal. Not only the yield but also the taste of the meat is determined by these parameters. Camel meat tastes like coarse beef. In old animals, the meat is tough and not tasty. The brisket, ribs and loin are other preferred parts of the carcass.

The meat of the other relatives of the camel such as llama, alpaca and guanaco is of high quality and is a highly prized commodity. Meat production by far surpasses the utilization of milk of these animals. The meat is high in protein and low in fat, as in the case of old-world camels.

Research shows that the culinary and cooking practices in several African and Arabian countries have evolved to prefer camel meat to other meat animal species because of beliefs in medicinal benefits, its availability and/or affordable price.

Camel meat is healthier because the carcass contains less fat and has lower levels of cholesterol in the fat than other meat animals. Camel meat is also relatively high in polyunsaturated fatty acids in comparison to beef.

This is an important factor in reducing the risk of cardiovascular disease, which is related to saturated fat consumption. Camel meat is also used for remedial purposes for diseases such as hyperacidity, hypertension, pneumonia and respiratory disease, and as an aphrodisiac.

This article has been adapted from the FAO website.

Over 7,000 farmers demand compensation from KWS