Crop
By Julius Chepkwony | 1 month ago

Two months after the launch of a Sh100 million coffee mill, Baringo County has started the process of distributing seedlings to farmers.

The distribution of the 100,000 seedlings started on Wednesday. More than 1,000 farmers are set to benefit.

Baringo Governor Stanley Kiptis said during the launch of the exercise at Kimoriot centre in Muchongoi Ward that the move was meant to ensure the sustainability of the recently commissioned Baringo-Cha Coffee Mill.

Farmers, he added, have also been given fertiliser and other farm inputs.

“My focus is to invest in initiatives that create wealth through commercial farming and agribusiness. By supporting farmers, we will be able to actualise the demands of the factory,” Kiptis added.

The ultra-modern factory mills 1.2 tonnes of coffee per hour and is expected to support coffee milling and boost farmers’ income immensely.

The county government entered into a three-year partnership with World Best Friends, a Korean organisation, to establish the mill.

The county boss said they will continue investing in the value chain by allocating more funds and expertise across coffee-growing areas.

The county department of agriculture is targeting to increase the area under coffee from 2,500 hectares this year to 3,000 in 2023.

Baringo County Cooperative Union Secretary Stephen Chemjor said currently, coffee farmers in the county produce an average of 100 tonnes of coffee beans annually, which will not be able to sustain the new coffee factory.

He said the distribution of seedlings was a major boost to the farmers.

Baringo County has over 15,000 hectares in the five sub-counties that are favourable for coffee farming, but only 2,500 hectares have been utilised.

Wilfred Kiplagat, the county chief officer for agriculture, said over 2,000 farmers have registered to be supplied with the seedlings, adding that some have already prepared their farms for planting. 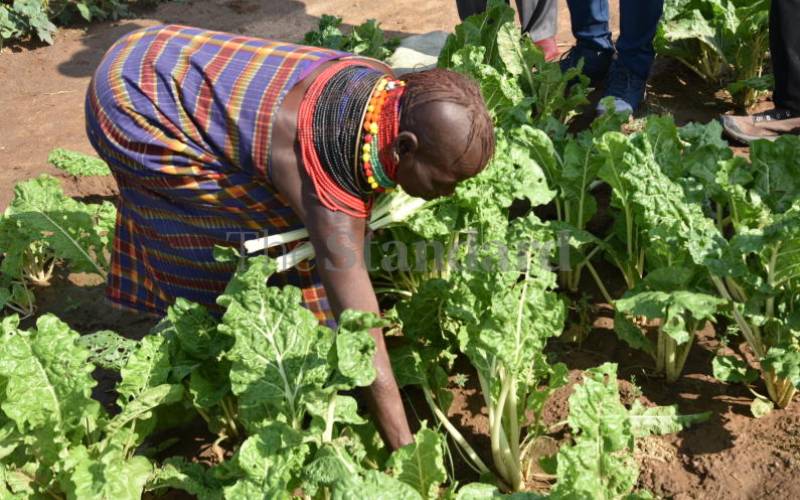