New tea rules in limbo as players battle out in court

The Tea Act, 2020 is facing fresh headwinds after three separate High Court orders suspended the implementation and execution of several key provisions of the new law.

This was after they were challenged by various industry players. The Act was assented to by President Uhuru Kenyatta last December and the Agriculture ministry has published implementation guidelines for the new laws, indicating its readiness to roll them out.

Yesterday, the ministry invited industry players to give comments on two sets of draft regulations, one re-introducing the tea levy and another on how payments to farmers will be made.

The regulations require all tea produced in Kenya to be sold at the tea auction in Mombasa. Early this month, the ministry published draft regulations to guide tea factory directors’ elections.

Industry players have, however, secured court orders stopping the implementation of the Act, which Agriculture Cabinet Secretary Peter Munya says will bring about reforms aimed at increasing farmers’ earnings.

Among them are the Kenya Tea Growers Association (KTGA), the East African Tea Trade Association (EATTA) and Mungania Tea Factory Company, a tea factory in Embu. They have all secured court orders to stop the implementation of some sections of the Tea Act.

The first set of orders were granted by the High Court in Nairobi on January 18, this year, after KTGA filed an application challenging the law mandating the exclusive sale of all black tea at the auction. 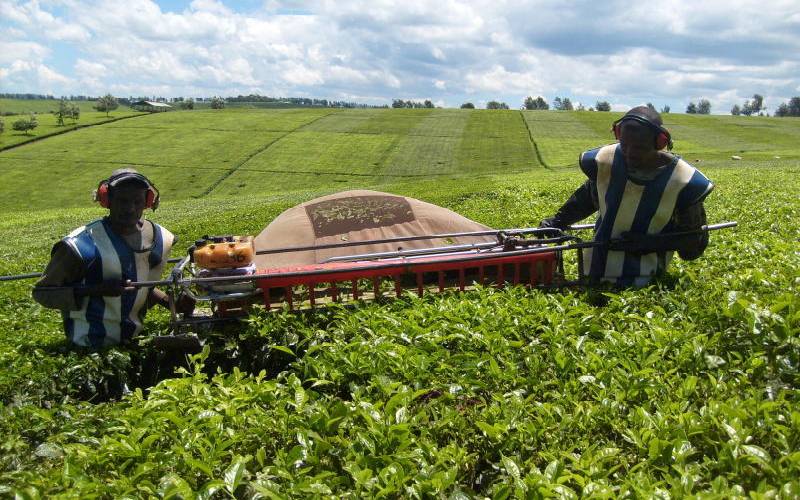 KTGA, an association of large-scale tea producers comprising of multinationals opposes the exclusive sale of black CTC tea at the auction.

It argues its members have existing direct sales contracts with overseas buyers, which would be disrupted. It added that forcing them to sell tea through the auction would rob them of higher earnings.

But Munya has in the past disputed this argument, noting that the sale of all tea through the auction would fetch higher prices. He noted that direct sales were usually used by unscrupulous players to manipulate prices at the auction.

KTGA also opposed the new tea levy that the State seeks to impose on all importers and exporters of tea in the country. It secured a court injunction.

The issue will come up for further direction on February 22, 2021. The Tea Act imposes a one per cent levy on tea exports and 100 per cent of the value of tea imported into the country to discourage exporting tea and re-importing it when it is value-added.

Value-added tea exports will, however, be exempt from the levy.

“The main objective of the tea levy regulations is to impose and provide for the collection of the tea levy on exports and imports. The levy shall be utilised for the development of the tea sub-sector,” said the ministry yesterday in a call for comments on the Tea (levy) Regulations 2021.

The second set of orders against sections of the Tea Act was issued by the High Court in Meru on January 19, after farmers of Mungania Tea Factory Company Ltd challenged them.

The third set of orders was granted by the High Court in Nairobi on January 21, 2021, after an application by the EATTA, which runs the Mombasa tea auction.