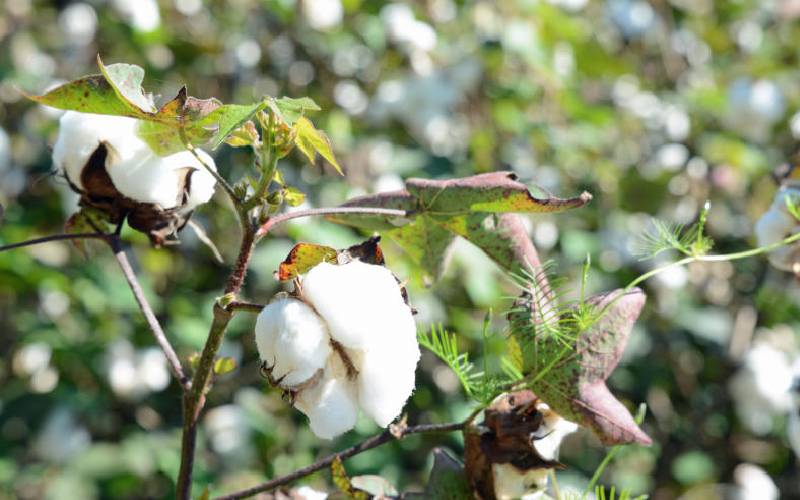 Cotton farmers in Kisumu have a reason to smile after high breed seeds introduced six months ago multiplied cotton production.

Reports from the County Department of Agriculture show about 600 tonnes of cotton are set to be harvested in the next two weeks from an average of  50 tonnes produced before.

The department received 12 tonnes of cotton conventional seeds, 140kg of biotechnology (BT) high breed seeds and 480kg of high breed cotton seeds after the government partially lifted the ban on GMO (BT) cotton seed that had been in place since 2012.

The seeds were distributed through eight cotton cooperative societies spread across the county with about 600 farmers who cultivated 2,000 acres of crop benefiting from the seeds rolled out by the national government for trials through the Agricultural Food Authority (AFA) in partnership with the county government to improve cotton farming.

Speaking on Wednesday during an assessment activity, the county Agricultural Sector Development Support Programme (ASDSP) coordinator, Isaac Dawo, said it is evident that the BT seed is resistant to ball worm, a stubborn pest in cotton production.

Dawo reported that the market has been identified for the cotton once it is harvested with an increased price which has become an attraction to farmers. He explained that in an acre of land, the maximum yield of cotton translates to about Sh130,000 after the sale.

Therefore from an acre of land, a farmer can get up to Sh130,000 from the new seed at the current selling price of Sh52 per kilo of cotton.

Dawo painted a comparison to other crops like maize and millet which fetches only about Sh17,000 from an acre of land.

“In the past farmers would store their cotton for a year due to lack of market. As at now we have a ready market as soon as the crop is harvested. There are two granaries in the country for storing the cotton,” Dawo said.

He reported that Sh1.4 million has been set aside for more farmers willing to practice cotton farming.

An officer at the AFA, Nixon Chebuche, said apart from high-quality seeds there is pesticide available for farmers with at least 78 litres of pest control chemicals distributed to farmers last week.

Kisumu county government, through its ASDSP, has been largely involved in capacity building for cotton farmers. This financial year the county administration has set aside more funds for capacity building.

Henry Odoyo, a farmer in Kobura area who cultivated five acres of land, said for the first time in a long time he is surprised with the cotton yield on his farm.

"I had given up on cotton farming but after I heard of the new cotton seeds I decided to give it a try. From the results seen I plan to expand cotton farming land,” Odoyo said.