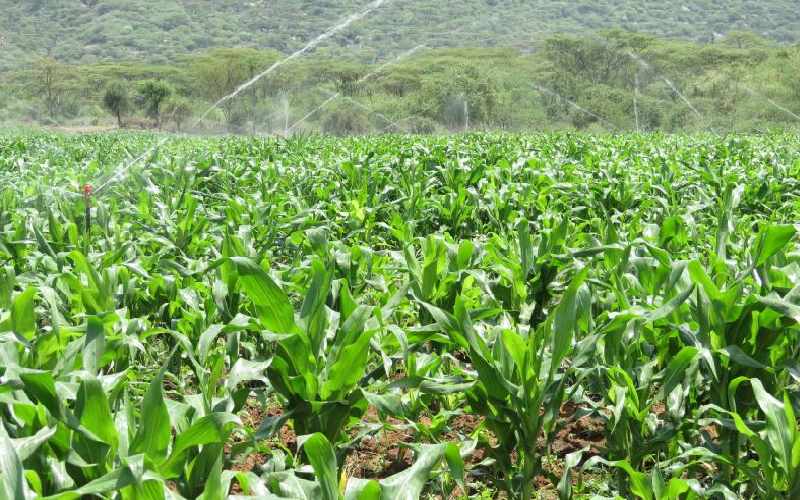 KVDA managing Director Sammy Naporos who was accompanied by the authority’s board of management while inspecting projects in Turkana, West Pokot, Elgeyo Marakwet and Baringo counties said the initiative is part of efforts to enhance food production in areas vulnerable to drought hence  improve livelihoods within households in the region.

Speaking yesterday after visiting Kamusuwet sorghum irrigation project Naporos noted that the projects in Pokot Central and Marakwet West has a total of 130 acres with 150 farmers benefiting.

He cited that the farmers at the Kamusuwet scheme are expecting a bumper harvest during the harvesting period.

“We helped farmers to plough the farms, and they have planted sorghum which is promising,” he said.

He said the irrigation scheme is among other projects aimed at encouraging the pastoralists to diversify income by growing cash crops instead of relying on livestock rearing.

“We are determined to ensure that the projects funded by the national government and donor countries are fully implemented,” he said.

KVDA board Chairperson Jackson Kiptanui said the authority would also equip locals with modern farming methods to ensure the area became a food secure zone adding  that the project will go on as planned.

The Chairperson cited that they will increase acreage under irrigation to move the country away from rain-fed farming.

“Weiwei irrigation scheme is doing well as farmers get Sh.140 million per year. The projects will not stop,” he said

He said that Kamusuwet irrigation scheme farmers will be taken for an exposure tour to Weiwei to gain more knowledge.

“Farmers have embraced irrigation, and they want to plant more crops,” he said.

KVDA board member Aden Omar said that the Authority has the most successful schemes in Weiwei in West Pokot County, Napuu irrigation scheme in Turkana County and several others in Elgeyo Marakwet tackling food insecurity and minimizing conflicts along the borders in  the region.

“We are working hard as farmers, and we have started benefiting a lot,” he said.

He said the ongoing initiatives will also help end rampant cases of cattle rustling in the region which has significantly contributed to slow development.