Fear not! GMO is just a tool of farming

Falsehoods. Misinformation. Disinformation. Confusion. That is the chaotic state of affairs in social and mainstream media, since President William Ruto lifted the ban on Genetically Modified Organisms on October 3, 2022.

By lifting a 10-year ban on biotechnology foods in the country, Kenya officially approved importation and cultivation of genetically modified (GM) crops.

As expected, scientists welcomed the move, describing it as “long overdue” and a panacea for the perennial drought and hunger. The Food and Agriculture Organisation of the United Nations statistics show more than three million Kenyans are at risk of starvation.

The Cabinet lifted the ban after consulting widely, talking to various experts and looking at technical reports on adoption of biotechnology.

On the other hand, proponents of organic farming were furious terming the decision rushed and that more time was needed for public participation.

And now that the ban has been lifted, Kenyans want the real truth about GMOs. To shed more light on the issue, The Standard spoke to a number of experts in biotechnology.

Dr Roy Mugira, acting Chief Executive Officer of the National Biosafety Authority (NBA) Board of Directors, the body responsible for checking and confirming safety of GMOs, allayed the fears by opponents of the inorganic crops.

“Twenty-six years down the line, there hasn’t been any credible or adverse effects on health of human and animals or negative impact on environment,” Mugira told The Standard.

Livestock Biotechnology Research Scientist at Kenya Agriculture and Livestock Research Organisation (KALRO) Dr Martin Mwirigi assured Kenyans that researchers have been studying biotech crops since 1996 and have gathered sufficient data to prove that they are safe for human consumption.

Dr Mwirigi assured Kenyans that all BT crops to be released into the market have undergone rigorous safety measures and are safe.

The biotech expert said there is no need to fear GMO foods because the National Biosafety Authority will ensure safe handling and use of genetically modified organisms.

“NBA will ensure all GMOs are labelled clearly so that consumers know what they are consuming,” he said.

NBA will regulate research and commercial activities involving GMOs to ensure safety of human and animal health and adequate protection of the environment.

Not all crops will undergo genetic modification

Dr Karembu said only those that demonstrate a lot of value, or are crucial foods, and face danger in the wake of climate change, would undergo biotechnological modification.

“This modification is just an addition of tools to existent tools to enable crop betterment. Scientists only use biotechnology when other conventional methods of farming and of breeding are inadequate. We face a lot of pests and diseases and populations increase rapidly. We need healthier foods,” said Dr Karembu.

Many countries have adopted GMOs as a safe complementary to conventional crops, she said, and farmers of non-GM crops stand to benefit from the growth of GM crops in their neighbourhoods, with the elimination of pests.

“As of 2019, we had 190 million hectares under GM crops’ cultivation, with 30 countries in this practice. Close to 70 countries import GM for their food and feed industries,” said Dr Karembu.

On the science behind GMOs, The Standard also spoke to Dr Willy Tonui, the Chief Executive Officer of African Genetic Biocontrol Consortium whose main objective is to provide a platform for interaction among African experts and institutions to enhance opportunities for knowledge exchange about the challenges and opportunities of genetic biocontrol technologies for the public good.

To start off, there is a lot of falsehoods peddled around GMOs following lifting of the ban. Many consumers have a lot of questions and fears…

First, there is nothing to fear about genetically modified organisms. I appreciate the fact that consumers want to understand more about how GMOs will impact their everyday lives. I will start with the definition of terms.

First, it is important to note that other terms that include Genetic Modification (GM), genetic engineering (GE), and bioengineered (BE) are a few other terms that are also often used to refer to GMOs.

Second, let me state categorically that GMO is not an animal or a plant. A huge plant or an oversize animal or any other organism cannot be a GMO.

GMOs are a product of a sophisticated breeding technology that allows plant breeders to precisely introduce beneficial traits into plants. There is no amorphous animal or plant referred to as a GMO.

Indeed, the current debate on GMOs has caused more confusion…

The current conversation about GMOs in Kenya refers to everything as GMO which is not correct. Each GMO is developed to address a specific issue and should be generalised for all GMOs. Therefore, we should correctly refer to a genetically modified maize crop as GM Maize or a genetically modified cassava as GM cassava.

Many people assume that GMOs products have been added ‘something’. What exactly makes a crop be labelled GMO?

GMOs approved for use today have been improved to help farmers tackle insects, disease, and weeds and in the future could offer foods with higher vitamin levels, longer shelf lives, or the ability to grow even in the face of climate change. Importantly, not all crops or animals are currently genetically modified, as the public has been made to believe. Here are some examples of GMOs in the global market:

So in Kenya, which ones have been gone through the full National Performance Trials?

Only Bt cotton and Bt Maize that have been discussed for potential cultivation in Kenya. Significantly, these crops are still undergoing trials and therefore there are still some steps to be undertaken before they are finally released into the market irrespective of the removal of the restrictions recently by the Cabinet.

The fear around is that if GMO is legalised, the small holder farmer will lose out as big boys benefit. Is that so?

Not true. Kenyan farmers will benefit a lot from this technology. Our farmers have been facing many challenges from disease infestation of their crops to drought. Uncontrolled weeds and insects have reduced plant health, robbing farmer’s high yields and quality crop. This affects the farmer’s bottom line. GMO crops will reduce challenge of weeds and insect pressure to help achieve a harvest of safe, affordable and abundant food

Do GMO foods have any health effects on the population?

Genetically modified food products and food ingredients have been evaluated and approved for food and feed import globally and consumed for more than 20 years with zero food safety incidents. Since GMO crops first started being reviewed for approvals, more than 3,500 safety evaluations for food and animal feed have been conducted with zero rejections based on safety. Therefore, GMOs are safe to eat. That is the overwhelming consensus of scientific experts and major scientific authorities around the world. The health and safety of GMOs have been validated by many independent scientists and organizations around the world. The World Health Organisation, the Royal Society of Medicine (UK), the European Food Safety Authority (EFSA), and the International Seed Federation (ISF), along with various governing bodies on every continent around the world have all affirmed the safety of GMO crops. Since 1992, more than 40 government agencies have given approvals for GMO food, feed, and cultivation. In many countries, multiple agencies are involved in the regulation of GMOs.

What did Kenya stand to lose by not lifting the ban?

The restrictions denied Kenyans access to animal feeds; and food supplements containing GM ingredients such as corn soya blend for vulnerable and special needs people who use them due to health reasons including school feeding programmes including loss of business and revenue as transit of GM food stuffs was re-routed to other alternative ports in the region.  Kenya is a signatory to international agreements. The contravention to international conventions such as the Cartagena protocol and World Trade Organisation agreements was impacting our country negatively.

To assuage these fears on GMOs. Tell us about some products that are GMO but many people may not be aware.

Did you know that the Covid-19 vaccine and other important vaccines are GMOs? Are you aware that GM mosquitoes and other insects are being considered for disease control.

Indeed. It has been 25 years since GMO crops hit the market in 1996. The release of the into the environment and the marketing of GM foods have resulted in a public debate in many parts of the world. This debate is likely to continue, probably in the broader context of other uses of biotechnology (in human medicine) and their consequences for human societies. Even though the issues under debate are usually very similar (costs and benefits, safety issues), the outcome of the debate differs from country to country.

On issues such as labelling and traceability of GM foods to address consumer concerns, there is no consensus to date. Kenya unfortunately is playing catch up on these debates on GMOs which in my view is a good thing.

What do you have to say to those who refuse to board this train?

Irrespective all the negative debates worldwide GMOs and other advanced biotechnology tools have had an enormous impact on agriculture, including complex issues around environmental sustainability, plant diseases and pests and contributing to innovations with nutrition and breakthrough human medicines.

As a way forward, Kenya needs to appreciate the current opportunities on new technologies that include gene editing and the use of synthetic biology in research for crop improvement. Gene editing is an area of research that involves insertion, deletion, or replacement of genetic material at an enhanced speed and accuracy in making changes to DNA in cells. Gene editing uses tools such as CRISPR to make changes to DNA and is applicable in a variety of areas including agriculture and medicine. For example, gene editing when applied in agriculture, speeds up the breeding process and produces more superior breeds of crops and livestock. There are gene-edited crops currently in the market globally which include tomato fish and soybean. Other projects currently in the pipeline involve banana, cassava, sorghum, potato, wheat, maize, pigs and cattle.

I applaud the decision taken by the Cabinet to vacate its earlier decision of 8 November, 2012 prohibiting the open cultivation of genetically modified crops and the importation of food crops and animal feeds produced through biotechnology innovations. This is a step in the right direction which should be supported by all Kenyans. This move is a progressive step towards significantly redefining agriculture in Kenya by adopting crops that are resistant to pests and disease. It is important to note that Kenya has adequate legislation and capacity in place that focus primarily on assessment of risks for consumer health.

On fears about loss of indigenous seeds, Timothy Njagi, a research fellow at Tegemeo Institute, a public policy think-tank, noted, that this could be addressed by having a gene bag where all those indigenous seeds are stored.

Dr Njagi suggested that farmers can create a buffer where you grow GMOs and surround it with conventional crops. 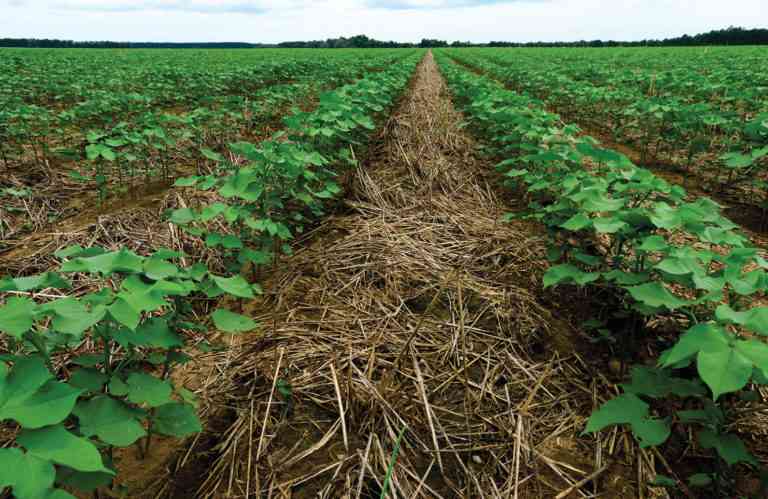