Aflatoxin control tips in your groundnuts 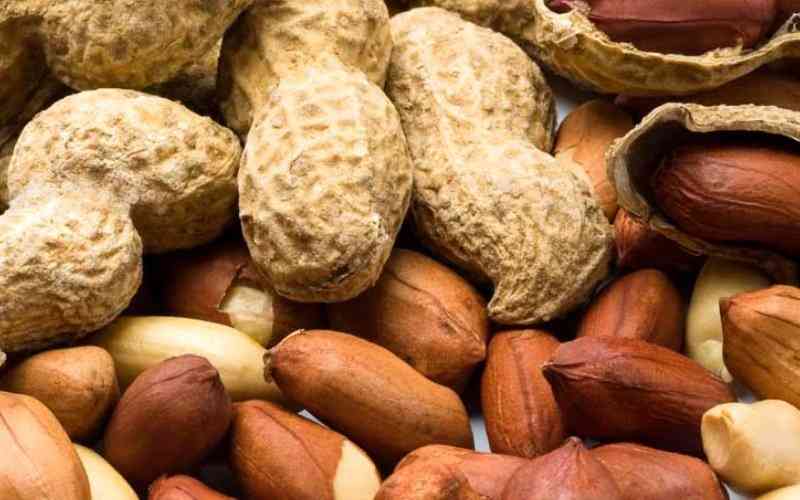 “Their levels of aflatoxin is higher than the maximum limit allowed by the Standard,” read a statement from Kebs back then.

Aflatoxin is a class of toxic compounds produced by certain moulds found in food. It can cause liver damage and cancer. Aflatoxins contaminations have been reported in food and feed, such as groundnuts, millet, sesame seeds, maize, wheat, rice, fig, spices and cocoa due to fungal infection during pre- and post-harvest conditions.

Large doses of aflatoxins can lead to acute poisoning and can be life threatening according to a report by World Health Organisation. The report added that aflatoxins are also genotoxic, meaning they can damage DNA and cause cancer in animal species. Today, we will focus on aflatoxin contamination in groundnuts and how to control and prevent it.

Aflatoxins are toxic chemicals produced by a fungus, Aspergillus flavus. The fungus occurs naturally in soils, but under hot, dry conditions, it can grow and spread to a variety of crops.  According to Kenya Agricultural and Livestock Research Organisation (Kalro) over 25 per cent of maize and groundnut produced in sub-Saharan Africa contains high aflatoxin levels.

Aflatoxins were first discovered in 1960, after scientists responded to the unknown Turkey “X” disease. This led to a worldwide aflatoxin management programme.

According to National Centre for Biotechnology Information (ncbi) an investigation revealed that toxicity was associated with the presence of Aspergillus flavus, and further that extracts of the fungus were capable of inducing the “Turkey X” syndrome. Other studies indicated that of A. flavus–contaminated groundnut were capable of inducing acute liver disease in ducklings and liver cancer in rats.

How aflatoxin set in

Experts say plants are susceptible to being contaminated due to poor nutrition, weather conditions like drought that weaken the crops and rain which contributes in creating conducive conditions for the fungus during the drying stage. The crops can also get contaminated if they are not properly stored, and dried hence moisture sets in.

Fred Munene, a farmer and consultant agronomist, says aflatoxin attacks plants in different stages, especially during harvesting, when there is high moisture that can attract aflatoxin. “To avoid contamination, after harvesting, you need to dry them well and during storage make sure the moisture content is as low as possible,” he says.

Checking ground nuts for moulds or discolouration is one way of detecting aflatoxin. If found, the ground nuts should be discarded. Munene says the best mitigation is for all the contaminated products be disposed of and not even given to animals.

How to fight aflatoxin?

In 2016, Kalro and its partners developed a product that reduced the contamination of aflatoxin between 80-99 per cent. The Product - Aflasafe KE01 - is applied once in every season. Since contamination also happens at storage, one way of controlling it is proper post-harvest care. This entails drying the crops properly, using storage bags with adequate air circulation, in storage areas that are not humid. In 1969, US Food and Drug Administration set an action level for aflatoxin at 20 parts per billion (ppb) for all foods, including for animals.

However, animal feeding studies conducted in 1970s and 1980s, indicated that levels of aflatoxins above 20 ppb could be fed to certain food-producing animals without presenting a danger to their health or posing a risk to consumers of food derived from the exposed animals. This led FDA to revise its levels for aflatoxins in animal food and animal food ingredients for beef cattle, swine and poultry. 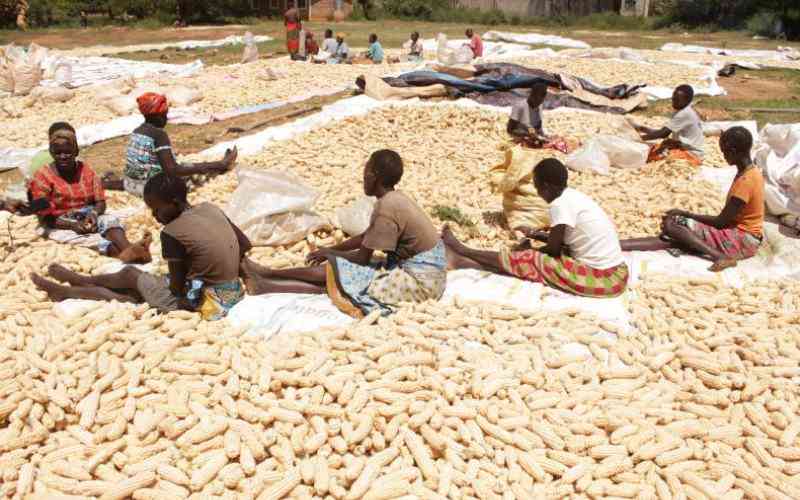 Cattle rustlers' corridor now food haven
The goal is to ensure food security in the entire Northern Kenya and especially in places like Kacheliba, Kapenguria, Tiaty and lower parts of Turkana including Lokichar
Crop
By Washington Onyango
Sep. 20, 2022

How to win big with Moringa
Moringa can be mixed with other soup and shakes ingredients to create instant highly nutritious drinks.
Crop
By Washington Onyango
7 hours ago
.