National and county governments have been challenged to fast-track the realisation of Lamu Port as a major livestock export facility. This is expected to boost the economies of livestock traders.

Already, Kenya has signed several export agreements with countries in the Middle East to facilitate the sale of livestock products.

“It is with this in mind that efforts at upgrading the Port of Lamu need to be upscaled to ensure that apart from normal cargo handling, the export of livestock is made a reality,” a spokesman for livestock traders, Ismail Aden Shafi said.

Shafi noted that owing to the slow uptake of goods for export and import through the port after it was commissioned, there is a need to take advantage of livestock export through the facility to ensure there is sustained business.

“We do not want a situation where the port remains idle and only waits for that one container ship loading or offloading mostly the transshipment cargoes at the new facility,” Shafi said.

He challenged the State and county government of Lamu to do more to ensure that livestock export starts in earnest. The government maintains that Kenya intends to use Lamu port for livestock and meat export.

“Lamu port is also ideal for livestock exports because it is closer to the key animal production areas in the northeast part of the country,” said Harry Kimtai, Principal Secretary, Ministry of Agriculture, Livestock, Fisheries and Co-operatives.

He also explained that, at this moment, the port of Mombasa is not suitable for this kind of operation. Lamu port is part of the Lamu Port-South Sudan-Ethiopia Transport (Lapsset) corridor.

Kimtai said Kenya has already signed several export agreements with countries in the Middle East to facilitate the sale of livestock products, adding that Kenya is keen to export both live animals and frozen animal products to Kuwait, Oman, the United Arab Emirates, Saudi Arabia and Egypt.

The government is committed to fast-tracking the development of the new Port of Lamu to include a livestock pre-export quarantine zone as it seeks to support livestock trade.

Kimtai said the livestock sub-sector remains the main source of livelihood for a large rural population that comprises traders and producers.

“Eighty per cent of Kenya’s land is arid and about 10 million Kenyans living in the arid and semi-arid lands (ASAL) derive their livelihood largely from livestock. Notably, many communities and a host of investments in Kenya strive to gain a livelihood from various levels of investments along the livestock marketing value chain,” the PS said.

He said the growth in livestock production, milk and meat in the region remains low compared to demand for animal products.

This, he noted, is mainly due to poor animal health measures, inadequate feed, poor nutrition, low-yielding breeds of animals and inadequate access to markets.

“To circumvent these inadequacies, the State Department for Livestock has committed itself to mobilise collaborative efforts to investments in the improvement of livestock productivity, animal health measures and livestock marketing infrastructure along the livestock marketing value chain through collaborative arrangements with private sector, donors and development partners,’’ the PS said.

He said that during the formulation of the Lapsset corridor, the department shared priority investment proposals around Lamu county.

The project has faced challenges that include financing and a lack of political goodwill.

Kimtai said proposals then included the establishment of a livestock carrier ship docking area and a marshalling yard around the Port of Lamu, livestock holding ground along the corridor to establish feedlots that are mainstreamed with disease risk reduction and certification measures to effectively address sanitary aspects during local and international trade.

In the budget for 2012-2022, Treasury allocated Sh3 billion for the development of a marshalling yard at the port of Lamu.

The cash was also to fund a bio-secured livestock pre-export quarantine and improve facilities and infrastructure at the Witu Satellite Laboratory, Mariakani and Garissa Regional Veterinary Investigations Laboratories to support disease management measures around Lamu and surrounding counties.

“The objective of the project is to facilitate access of livestock and livestock products to local regional and international markets, strengthen institutions in the livestock sub-sector and support compliance with sanitary measures in line with Kenya’s obligations under World Trade Organisation-Sanitary and Phyto-sanitary Agreement thus facilitate market access and food safety,” Kimtai said.

Lapsset Regional Manager Salim Bunu said that once the upgrading and securing of all the requisite infrastructure is done in seven months, they expect to have the first livestock vessel to load at the port.

‘’Immediately we have the disease-free zone ready and the marshalling yard complete at the port in about seven months, we shall be ready to handle export of livestock,’’ he said.

He said that the total acreage in the Bargoni area is 30,000 acres and has remained intact since 1970 when it was used as a livestock market yard.

‘’This is part of Lapsset vision to improve the general economy of Northern Kenya and Coastal counties and contribute to the country’s GDP. All livestock from other areas from Moyale to Lamu and other Coastal counties can be brought here hence the ready market for livestock farmers,’’ Bunu said.

Port officials have maintained that the livestock initiative was a great business opportunity that must be tapped since the entire North Eastern corridor’s main economic activity is livestock. 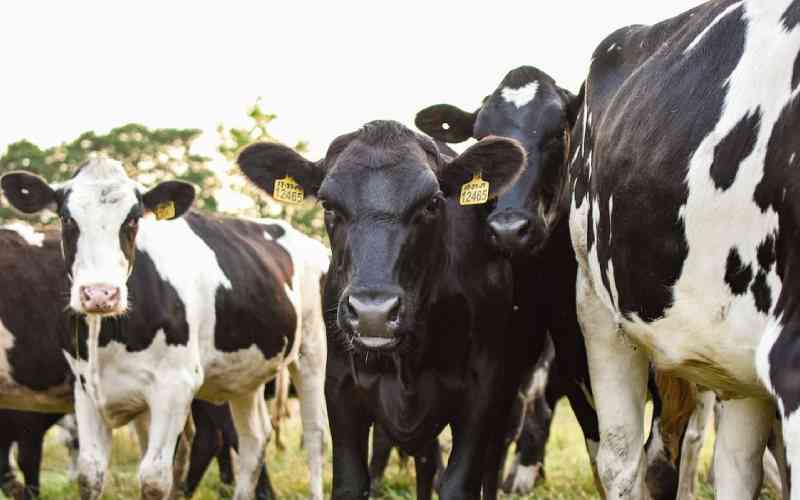 Profitable dairy farming beginner's guide: What you need to know
In this first part, an expert takes you through dairy systems, taking care of a heifer, breeding and artificial insemination
Livestock
By Wainaina Ndung'u
Sep. 02, 2022

Colibacillosis: Disease that targets young birds
The disease is caused by a bacterium scientifically known as Escherichia Coli.
Livestock
By Wainaina Ndung'u
Feb. 06, 2023
.