Hussein Yusuf is a fisherman based in Kwale in South Coast. For years, Yusuf says fishing business has not been bringing in money due to a number of factors.

They include overfishing, the use of old fishing gear and lack of financial support through soft loans from Government institutions and above all ecological and environmental challenges such as pollution.

These challenges Yusuf cites affect many fishermen including those operating on Lake Victoria.  But, slowly the tide is turning.

Thanks to the concept of blue economy, Kenya fishermen have started benefiting from the work of their hands.

With the technical support from the World Bank, Kenya Coastal Development Project (KCDP) is helping the government and communities along the coastal line to manage resources and transform their livelihoods.

Dr Uku notes that the growth of blue economy can only be achieved by investing in fishery industry, improved regulations, ocean monitoring and surveillance, waste management among others.

Since its inception in Brazil 2012, the concept of blue economy has enhanced the growth and development of the fisheries industry, especially at the coast, thus boosting food security and creating job opportunities for locals.

In line with the blue economy concept, fishermen are finally reaping the benefits of Government controlled fishing along coastal line that include restriction on fishing gear, temporary fishing bans and setting up of marine protected areas.

Dr Francis Owino, the Principal Secretary for Aquaculture and Blue Economy in the Ministry of Agriculture, Livestock and Fisheries says the conservation and preservation efforts are bearing fruit.

Ms Susan Imende, director of fisheries policy research and regulations Ministry of Agriculture, Livestock and Fisheries says in restricted areas at the coast, fishermen’s net incomes have increased by nearly 80 per cent.

She notes that after the beach seines were removed, income of individual fishermen increased by about 45 per cent in Diani compared to none restricted regions.

Still, more needs to be done

According to an economist Charles Ayoro, a lot of resources, manpower and funds are needed to boost  fisheries industry.

These funds he says, should go into conservation and environmental protection of Lake Victoria including the complete removal of water hyacinth from the lake and  fish breeding of  large fish species like Nile Perch which command higher prices.

“Locals resistance to closure or fishing bans and gear restrictions by the government has been based largely on the perception that the move threatens the fishermen survival. That perception is changing,” says Ayoro.

But what is the blue economy?

Ayoro says the concept of blue economy was first introduced by Professor Gunter Pauli at the United Nations University in 1994 and it became significant since the Third Summit Conference dubbed Rio-20 in 2012 in Brazil.

Ayoro explains that the term “blue economy”, is  used in economics to name the approach for sustainable management of ocean, lake and coastal resources including ecosystems around seas, lakes and rivers.

He further says that the World Bank describes blue economy as sustainable use of ocean resources, economic growth and development, improved livelihoods, jobs creation while preserving the health and ocean ecosystems. 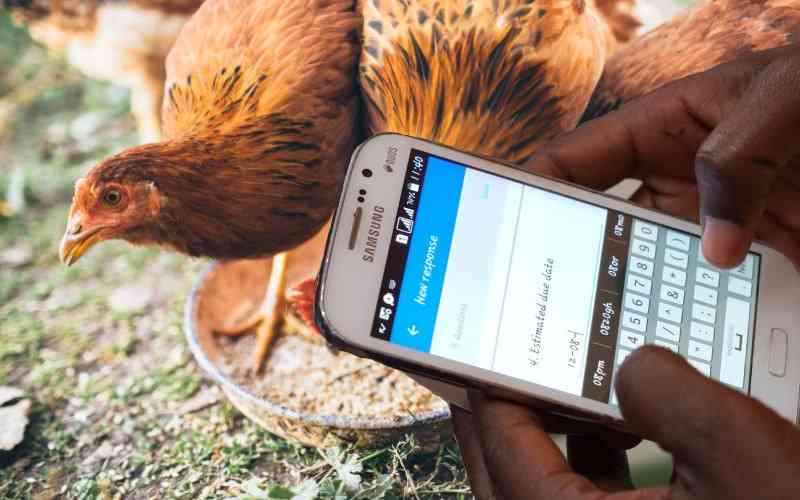 How to turn 'likes' into chicken orders
Social media allows a farmer to interact with fellow farmers, clients and technical trainers to share information
Livestock
By Dr Paul Kang’ethe
Aug. 29, 2022

Why you should try superior goat Milk
Research has shown that keeping dairy goats alongside cows improves the health of children
Livestock
By Dr Paul Kang’ethe
19 hours ago
.