The First ever rice symposium organized by the Korea-Africa Food and Agriculture Cooperation Initiative (KAFACI) is being held in Kenya, hosted by the Kenya Agricultural Livestock Research Organization (KALRO).

The symposium will be followed by two days of evaluating the rice seed system in 21 member countries, which is an important activity in research.

Speaking during the opening session of the KAFACI Rice symposium at the KALRO headquarters, Nairobi Monday, the organization Director General Dr Eliud Kireger said the government of Kenya has identified rice as one of the three major food security crops that include maize and potatoes.

“The actors in the rice value chain, especially the contracted seed growers and merchants, are expected to benefit from the trickle effects of quality paddy production, resulting in improved socio-economic wellbeing,” said Kireger.

As much as rice is the third most important crop in terms of food and nutritional security, Kireger however noted that in terms of annual consumption growth, it comes first at 12 per cent compared to maize at one per cent and wheat at four percent.

Through interventions by development partners in collaborative projects like the KAFACI, the annual production has improved to 180,000 metric tons, while consumption continues to grow and now stands at 949,000 tonnes.

“As a country, the consumption of rice is expected to increase to 1,290,000 tons by 2030 due to population growth. In Sub Saharan Africa (SSA), rice consumption is expanding at 6 percent compared to 12 percent in Kenya,” he said.

The KAFACI project has been ongoing for three years and has helped build the seed multiplication, dissemination capacity and infrastructure that accelerates farmer access to quality seed.

It has streamlined breeding and provision of adequate quality seeds from some of the local cultivars that are dear to farmers but have not been cleaned to ensure true-to-type production.

Kireger said factors that contribute to low farm production include low yielding rice varieties, susceptibility to pests and disease as well as adverse weather and poor soil health. These will require concerted efforts by governments with support from development partners in order to realize high production per unit area.

He added that the KAFACI projects being implemented in over 20 African countries, including Kenya’s National Rice Development Strategies (NRDS), developed and supported by CARD, were timely and have enabled countries to produce seeds for farmers helping them improve yields per unit area.

Yusuke Haneishi from CARD said following the 2008-2018 first phase of the project, there was significant progress made in rice production in Sub Saharan Africa resulting in 108 per cent achievement from 14 million tonnes in 2008 to 30.1 million metric tonnes in 2017.

The target for the second phase of CARD that is covering the year 2019 – 2030 is to increase rice production from 28 million tonnes to 56 million tonnes.

“The second phase will adopt the rice approach that is composed of resilience, industrialization, competitiveness and empowerment aspects, while maintaining the approaches of phase one which was value chain approach, capacity building and partnerships,” said Haneishi.

Sweet products to squeeze from honey
Kenya’s potential for apiculture development is estimated to be over 100,000 metric tonnes of honey
Livestock
By Jennifer Anyango
22 hours ago
. 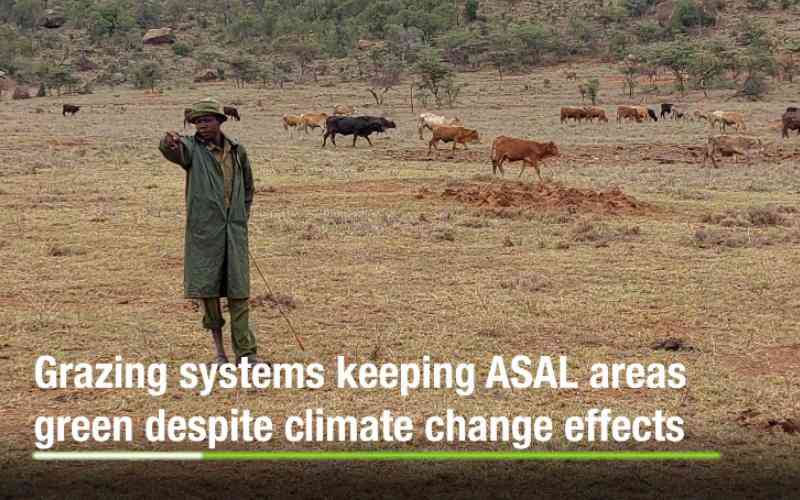