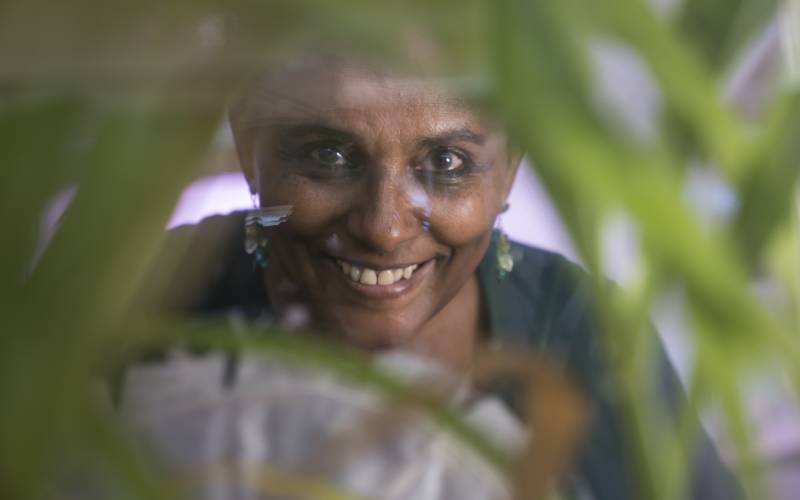 A top researcher in Kenya has been recognised by a global body for her efforts in agricultural research.

Dr Segenet Kelemu, the Director General the International Centre of Insect Physiology and Ecology (Icipe),  was honoured for being a role model for women in science and research around the world.

Media organisation Doha Debates announced that the latest individual honoured in their SolvingIt Series is Dr Kelemu, one of Africa’s leading scientists.

Doha Debate is a media organisation in Qatar and Washington DC that engages people in conversations about global challenges through debates, town halls, podcasts and films.

The SolvingIt series is a special programme that recognises change makers from around the world, honours top scientists, activists and climate change leaders.

Dr Kelemu, is being recognised for her life’s work studying insects, human and plant health as a leading molecular pathologist.

The researcher was born in Finote Selam, Ethiopia in 1957. As a young girl, she witnessed a plague of locusts attack her village in western Ethiopia and devastate grass and vegetation.

“I come from a poor agricultural village in Ethiopia where farmers struggle daily to control pests and diseases and simply to make a living from agriculture,” she says.

“My intention from the time I graduated from college was to apply my knowledge in science to make a difference in these farmer’s lives.”

Dr Kelemu excelled in her studies and became the first woman from her region to attend Addis Ababa University, where she graduated first in her class. She earned her master’s degree from the University of Montana and her PhD from Kansas State University, before pursuing postdoctoral studies at Cornell University. Her area of study was plant pathology and genetics.

After working abroad for 25 years as a plant pathologist, Dr Kelemu returned to Africa in 2007 and obtained a leadership role at Icipe in Nairobi.  As part of her work, she studies the role of insects -- the most abundant animal on the planet.

Her research team at Icipe focus on how farmers can control insect pests and improve soil, the best way for the world’s growing population to feed our nations and combat rapid climate change.​

“Insects have many health benefits. They are high in protein, fibre, minerals, sterols and antioxidants. They multiply fast and they need limited water and land resources -- factors which make insects useful for farmers and the global food supply.”

Her body of work has brought attention to Africa’s important ecosystem of insects for global opportunities.  For close to three decades, her team of top scientists has contributed research and science to address agricultural challenges in Asia, Latin America, and North America in addition to her native continent of Africa.

How technology can boost dairy farming Smart agriculture
The technology comes at a cost but it has handsome returns on investment.
Technology
By Moses Omusolo
Jan. 27, 2023
.