The impact of climate change is getting worse and time is of essence for action, a new report by African think-tank, Power Shift Africa warns.

With the Intergovernmental Panel on Climate Change publishing its Working Group II report today highlighting the world’s adaptation needs, the new report, reveals the true scale of the problem that some African countries are already facing.

The findings show that despite hardly contributing to global greenhouse gas emissions, African governments are having to spend, already stretched resources, on climate adaptation.

South Sudan, the second poorest country in the world according to the IMF, has suffered devastating floods in the last two years with more than 850,000 people displaced in 2021. These floods have led to water-borne diseases which have stretched the already limited healthcare system. Years of conflict have weakened the country’s infrastructure and public services.

Yet South Sudan is set to spend $376 million on adaptation every year about 3.1 per cent of its current Gross Domestic Product

According to its National Adaptation Plan, Sierra Leone is the third most vulnerable country to climate change, yet the average person there generates just 0.2 tonnes of carbon dioxide, 80 times less than that of the average American of 16.1 tonnes.  Sierra Leone will be spending $90m a year on adaptation, 2.3 per cent of its Gross Domestic Product, which could be used to tackle poverty and other challenges.

Ethiopians are experiencing drastic climate change impacts, ranging from floods and diseases to hailstorms and wildfires. Droughts have become more severe, putting millions of lives at risk every year. Ethiopia will be spending $6 billion on adaptation a year, which equates to 5.6 per cent of its GDP.

Commenting on the data, Mohamed Adow, Director of Power Shift Africa, said: “This report shows the deep injustice of the climate emergency.  Some of the poorest countries in the world are having to use scarce resources to adapt to a crisis not of their making.”

Africa he noted, despite only having tiny carbon footprints compared to those of the rich world, are suffering from droughts, storms and floods which are putting already stretched public finances under strain and limiting their ability to tackle other problems.

“We are facing an adaptation crisis and it is vital that countries heed these warnings and do much more to provide the finance needed to tackle these adaptation needs.  It is simply not acceptable for the costs to fall on those people who are suffering the most while contributing the least to climate change.

“This year’s COP27 climate summit will be on African soil, in Egypt.  This needs to be the ‘Adaptation COP’ and address the historic imbalance which has seen adaptation neglected for far too long.

“We need to see massive levels of new funding committed at COP27 as well as a fund set up to deal with the permanent loss and damage caused by climate change.”

Prof Chukwumerjie Okereke, Director of the Centre for Climate Change and Development, Alex Ekwueme Federal University of Nigeria, said it was irresponsible and immoral for those that are the chief cause of climate change to look on while Africa, that has contributed next to nothing to climate change, continues to bear a disproportionate share of the impact.

“The time for warm words is long gone. We need urgent, scaled-up, long-term support from the world’s leading climate polluters.” 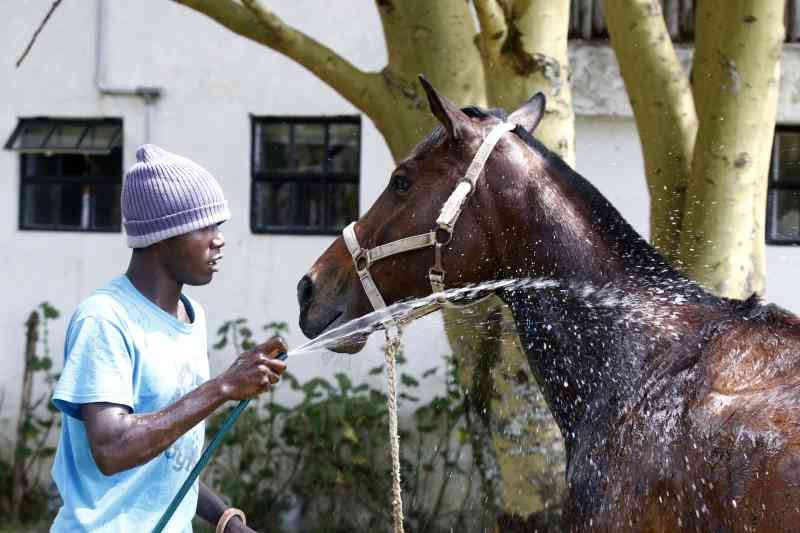 How animals 'sweat' to release extra heat
Warm-blooded animals maintain a constant body temperature because of thermoregulation.
Livestock
By Kelley Boss
13 hours ago
. 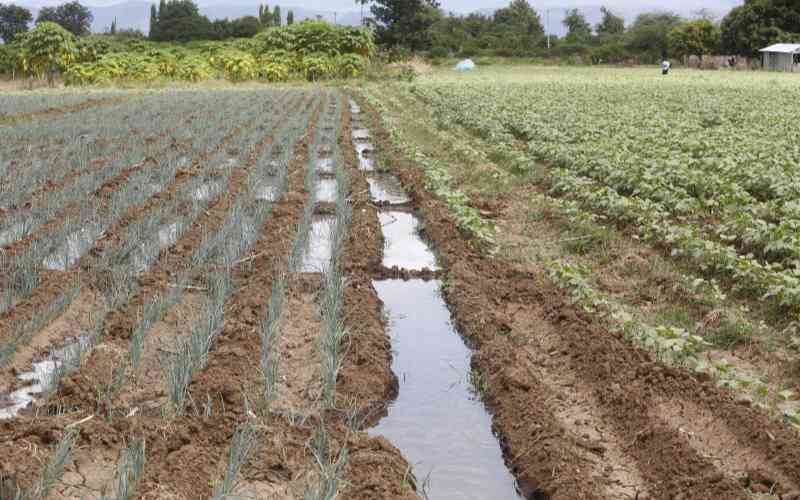 By Ayoki Onyango Jan. 20, 2023
Farmers' joy as irrigation project limps back to life