Farmers and animal feed manufacturers are struggling to keep their businesses running thanks to high cost of feed and raw materials. Already, a number of livestock farmers have been forced to close down their enterprises or scale down their operations to keep afloat. But what is the long-term solution to the already looming feed crisis? Feed contributes to about 60 -70 per cent of the total production costs in a farm. As a result of rise in cost of raw materials, feed manufacturers are grappling with the ever rising cost of doing business. Consequently, they are passing down these costs to farmers.

Dennis Gudahi, a dairy farmer in Kiserian says livestock farming is now very expensive and he has been forced to effect some radical changes.

To manage production costs, he had to reduce his herd by half. The feed costs keep skyrocketing as a 50kg bag of dairy meal has shot to Sh1,800 from Sh1,350 a few months ago.

Even after the Government-licensed importation of 10 million bags of yellow maize duty-free for animal feed raw materials, no single bag has landed into the country. Initially, import duty for animal feed materials was zero-rated until about two years ago when the government introduced a 25 per cent import duty. Soya, a rich protein source has not only become expensive but is also scarce.

Our main import markets were from Malawi and Zambia. Now, the only soya available is from South America especially Brazil. Additionally, the Government has rolled out a livestock offtake programme in an effort to salvage animals belonging to the drought-stricken pastoralists in the arid and semi-arid region.

To reduce the rising costs of feeds, the Ministry of Agriculture, following a directive by President Uhuru Kenyatta in October, last year, proposed a duty waiver on raw materials. The high costs of raw materials have increased prices between 29 per cent and 32 per cent. The rising fuel cost means that the retail prices increase by a higher proportion.

According to researcher Tim Njagi, the government should pursue duty waivers on imported raw materials like yellow maize, soya, and others.

Quality and affordable feeds are the key to national food security. As a country, we are never short on policy. How long these policy directives will take before the effects are felt by farmers on the ground is a matter of wait and see. 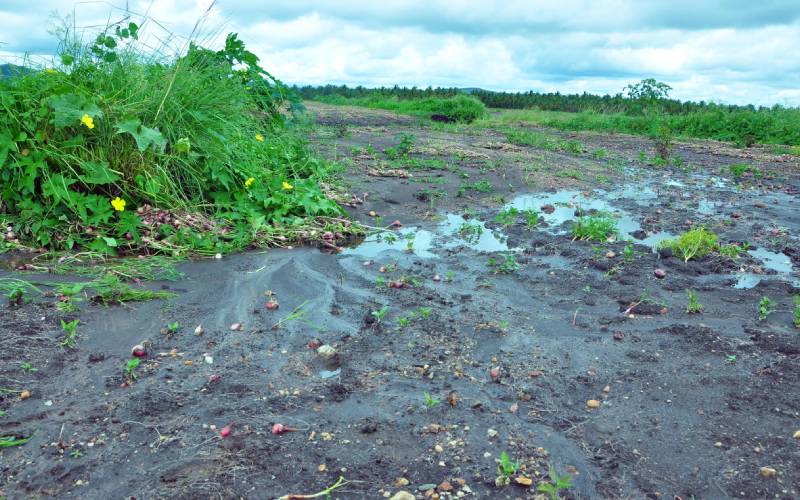 When the promised land is a sham: Buying land that is unfit for use
Potential landowners have been tricked into buying land in dry areas or economically unviable places that cannot be sold during rainy season.
Smart Harvest
By Peter Theuri
4 months ago