News
By Nikko Tanui | 5 months ago

Small-scale tea farmers in the counties of Kericho, Kisii, Kiambu and Nyeri have begun replacing moribund tea clones with drought-resistant and high-yielding varieties.

Janet Tonui from Toror in Ainamoi constituency termed as the right decision to replace her 1,000 moribund tea bushes with clone 31/8 and 303/577.

“I would harvest around one kilogramme from a tea bush but with the new clones, I now pluck around 3.5kg of tea leaves. This means that the tea production has tripled from the 1,000kg I used to harvest in a month,” she said.

Tonui is among the 280 Toror farmers who have ditched the moribund tea clones for the new variety.

Lina Sigei, another tea farmer, said though she used to pluck 80 kilogrammes of tea from her farm per month, she started to pluck her new clones two months and things were looking up.

“I began by harvesting 50kg of tea. It’s only a matter of time before I surpass what I used to harvest from the old clones,” she said

“Plucking of the new tea bushes have started after one year and a half for most farmers in Toror in Kericho County, Ongembo (Kisii), Matara (Kiambu) and Chinga in Nyeri,” he said.

He added that four farmers groups have established climate-resistant tea seedling nurseries with a capacity of 153,600 plants as an income-generating project.

Sudi Matara, the Kenya Tea Development Agency (KTDA) head, encouraged more farmers to replace the moribund tea clones some of which are over 50 years old.

“The new clones of tea can cushion smallholder tea farmers from climate shocks, disease, and pest prevalence,” he said

Matara made the remarks on Saturday during the graduation of 330 smallholder tea farmers in Kericho who have undergone training on Economic Empowerment and Productivity Initiatives.

Matara said that 20,000 farmers across the 69 KTDA managed factories have undergone the training.

He reminded tea farmers that alternative income is critical since they have to uproot moribund tea clones and wait up to one year and a half for the new clones to mature for harvest.

The IGAs have been designated as Agrovet shop, posho mill and packaging, poultry and pig farming,” said Matara. 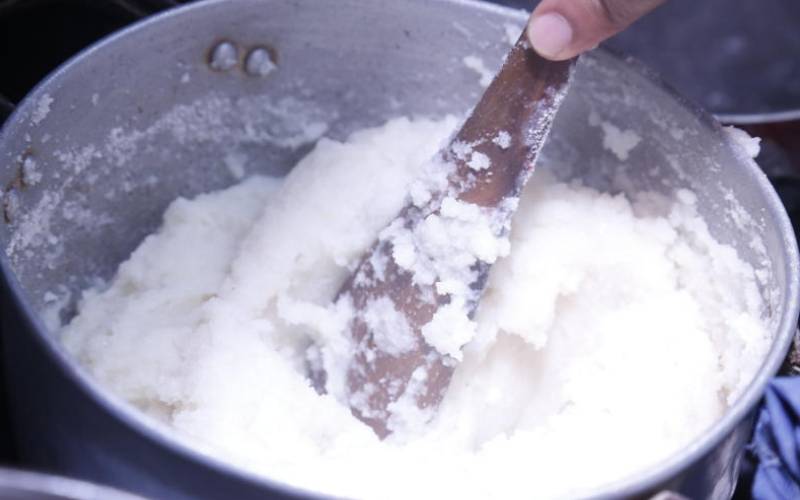